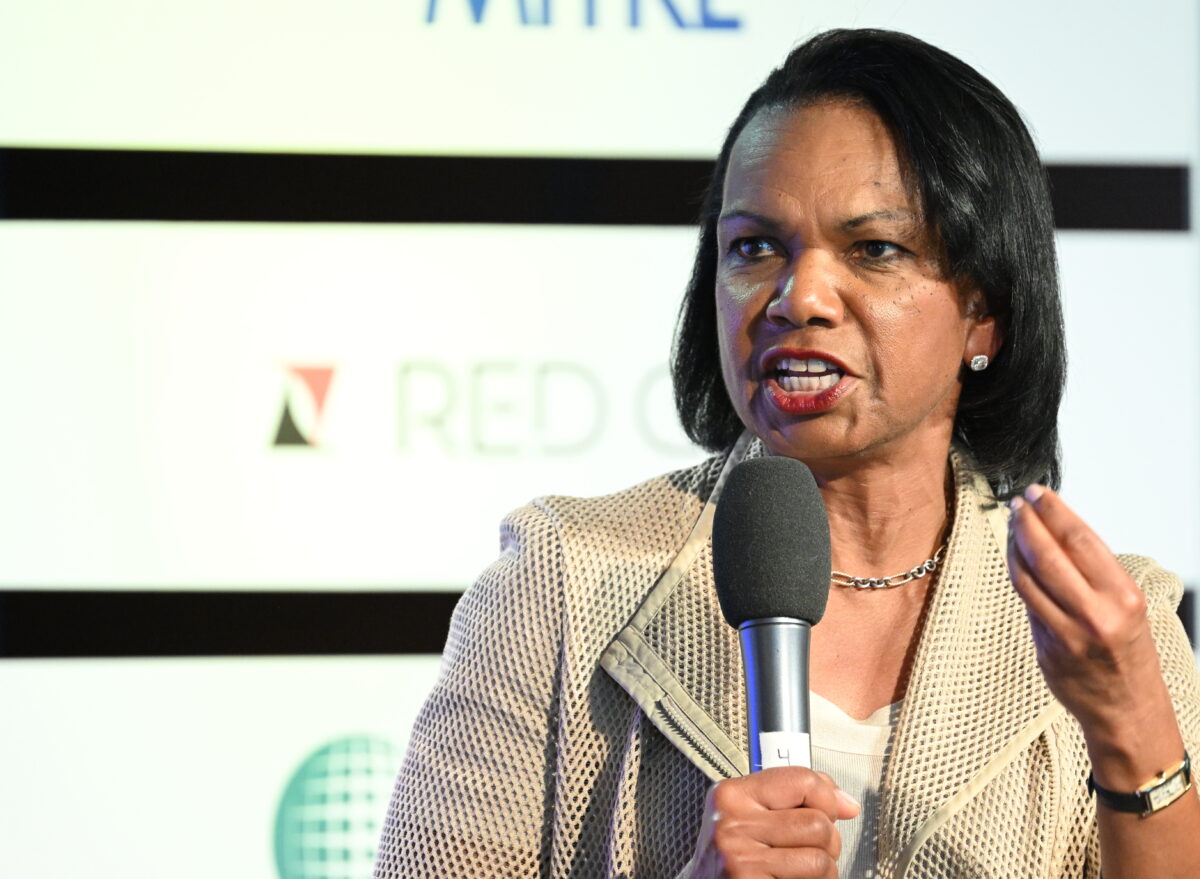 Relations between Israel and a number of Gulf nations have improved in part because of regional interest in Israel’s technology sector, former Secretary of State Condoleezza Rice said on Friday.

“Think about Israel and the Gulf states and what is developing there,” Rice said during a panel at the Aspen Security Forum alongside former National Security Advisors Tom Donilan and Stephen Hadley. “Think about the fact that you could actually be at a place where the Arabs end the state of war against Israel — really end it. And why? Not because they’ve learned to love the Jewish democratic State of Israel, but because the smarter of them have realized that in order to modernize their own economies and not be completely dependent on oil, that they’re going to have to deal with the 800-pound gorilla on technology in the region, and that’s Israel.”

Rice served as former President George W. Bush’s national security advisor from 2001-2005 before assuming the top position at the State Department for the duration of Bush’s second term.

She praised President Joe Biden’s recent trip to Israel, the West Bank and Saudi Arabia, calling the trip “a very good thing,” while noting she disagreed with Biden’s stance toward Riyadh during the primary, during which time he pledged to make Saudi Arabia a “pariah” state, a pronouncement made after the killing of Washington Post columnist Jamal Khashoggi.