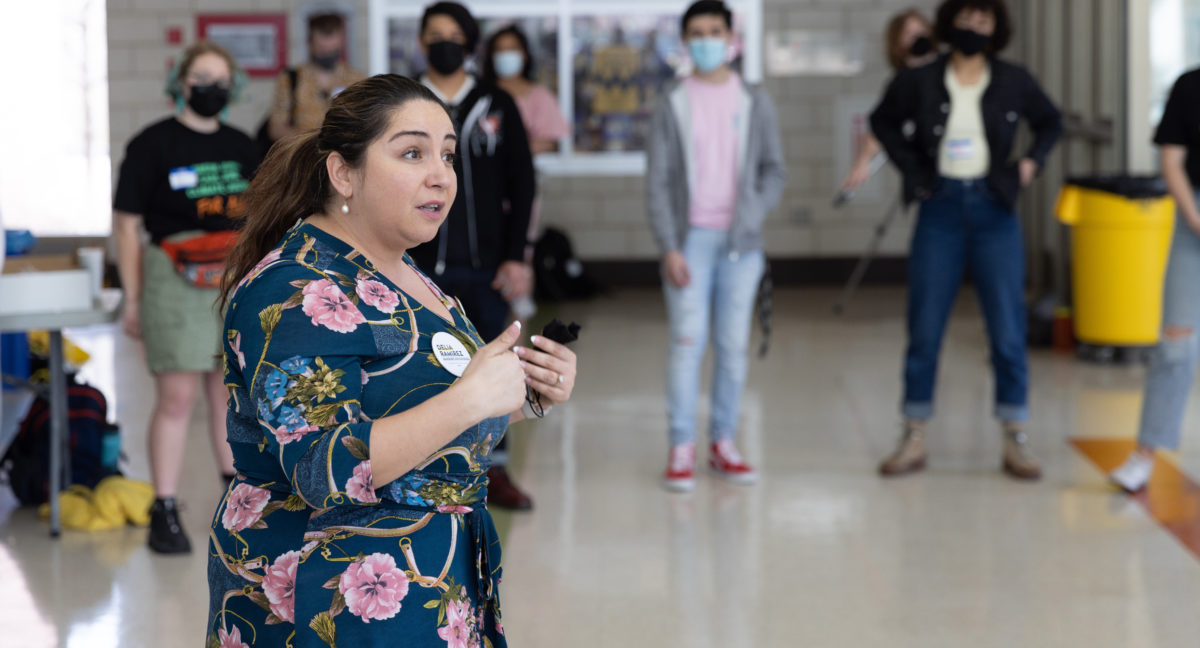 As the Latino population of Chicago continues to grow, two Latino Democrats, representing opposing poles of the party, are facing off in a new congressional district. And warring pro-Israel factions are staking their claims in the race.

Chicago Alderman Gilbert Villegas is a former union leader who is running on a moderate plank and emphasizing support for law enforcement. State Rep. Delia Ramirez, the assistant majority leader in the Statehouse, is campaigning as a progressive with the backing of national figures including Sen. Elizabeth Warren (D-MA) and organizations such as Emily’s List, the Working Families Party and the Congressional Progressive Caucus PAC. The 3rd District, which is centered around the city’s Southwest Side, was created as a “Latino-influenced” open seat in the 2020 redistricting cycle.

Democratic Majority for Israel (DMFI) endorsed Villegas in the race, and J Street recently got behind Ramirez. But unlike in some of last week’s high-profile primaries, where significant capital was spent on Democratic candidates, the groups have had minimal financial involvement in Illinois’ new 3rd Congressional District. And AIPAC’s new PAC — which has publicly sparred with J Street on social media about other races in which they’ve gone head-to-head — has not gotten behind a candidate in this race.

Ramirez outlined her views on Israel in an email to Jewish Insider. “I recognize the strong bond between the U.S and Israel and believe their relationship should remain strong,” she said. Ramirez, who declined an interview, does not appear to have commented publicly on the Israeli-Palestinian conflict in the past.

J Street has supported legislation that would put restrictions on U.S. security assistance to Israel, although Ramirez did not say if she believes restrictions or limitations should be placed on U.S. aid to Israel. The restrictions are meant to keep Israel from unilaterally annexing parts of the West Bank.

Laura Birnbaum, J Street’s national political director, said J Street leaders spoke about the issue with Ramirez. “I think that she understands the moral imperative behind it, for us to make sure that our security assistance is only being used for legitimate security needs,” said Birnbaum.

Villegas, a Marine Corps veteran, has adopted a more traditional approach to the U.S.-Israel relationship. “When you have an ally, you have to support and work with that ally. You cannot attack it [and be] half-hearted. You have to be all in and support the only democracy in the region,” he told JI in February. 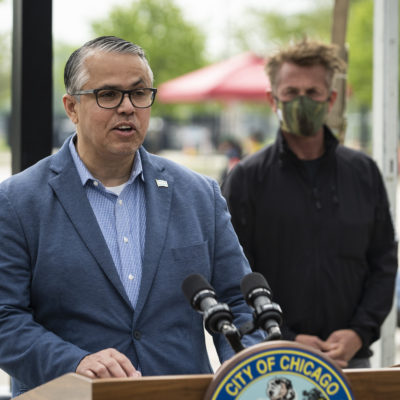 The best outcome for the Israeli-Palestinian conflict is a “permanent two-state solution that allows Israeli and Palestinians to live in peace and security in viable and prosperous states which respect the democratic, civil, and economic rights of all peoples,” Ramirez wrote to JI. “I support the right of Israel to exist in peace and security. I believe that this can only be fully realized as part of a two-state solution based on the borders before June 4, 1967, along with mutually agreed-upon land swaps.”

Ramirez did not respond to a question asking her opinion on the Boycott, Divestment and Sanctions movement. She pledged to fight antisemitism if she is elected to Congress.

“I am deeply concerned about the rising acts of antisemitism in the United States and around the world and I recognize the importance of Israel as a homeland and refuge for the Jewish people,” Ramirez wrote. “I will oppose all forms of antisemitism and Islamophobia and will support legislation to secure the rights of Jews and Muslims to live without fear of violence and discrimination.”

Ramirez also expressed support for U.S. efforts to reenter the Iran nuclear deal, officially referred to as the Joint Comprehensive Plan of Action, despite stalled negotiations in Vienna. “I support President Biden’s efforts to reenter the JCPOA. I am committed to curbing Iran’s nuclear activities and other threatening behavior,” she told JI.

Villegas leads Ramirez in fundraising, having brought in $395,000 from January through March, compared to $303,000 for Ramirez in that period. A third candidate, Iymen Chehade, raised just $48,000 in the first quarter. Chehade, who previously served as a foreign policy advisor on the campaign of Rep. Marie Newman (D-IL), is at the center of a congressional ethics investigation centered on the Illinois congresswoman. A report published in January by the Office of Congressional Ethics found that Newman had promised to employ Chehade based upon an agreement that he not challenge her in her 2020 congressional campaign.

Experts and sources close to both the Villegas and Ramirez campaigns agree that the race is far from settled, and both candidates have a shot at victory. The only polling in the race, conducted in March by a group that has endorsed Ramirez, showed her leading with 19% of the vote, compared to 11% for Villegas. That poll found that two-thirds of voters were undecided.

“It’ll be interesting to see what the voter turnout is. This is a new district, so they’re not used to being in this,” said Dick Simpson, a professor of political science at the University of Illinois Chicago and a former Chicago alderman. “It comes down to who’s working the precincts, how many voters they’re contacting and the media that you’re able to buy in this last month, or six weeks from now.”

In years past, Illinois congressional primaries have taken place in March, but this year the election was pushed back to June 28 to allow time for the redistricting process. The new date combined with the entirely new district means campaigns must spend their time educating voters about their candidates. The winner of the primary in the heavily Democratic district is expected to win the general election in November.

Ramirez, a nonprofit executive and housing advocate, was elected to the Statehouse in 2018 and has become a progressive leader in the body. An early ally of hers — and her most prominent local endorsement — is Rep. Jesus “Chuy” Garcia (D-IL), who represents an adjacent Chicago-area district and was one of eight Democrats to vote against approving supplemental funding for Israel’s Iron Dome missile-defense system last year.

“The fact that Chuy Garcia endorses Ramirez … doesn’t mean that [she] shared Chuy Garcia’s views on Israel. He’s got a very broad agenda,” Steve Sheffey, a prominent Democratic pro-Israel activist in Chicago, told JI. “When it comes to Israel, you shouldn’t assume that his positions are going to be [her] positions, because obviously, on the Iron Dome supplemental, they certainly aren’t.”