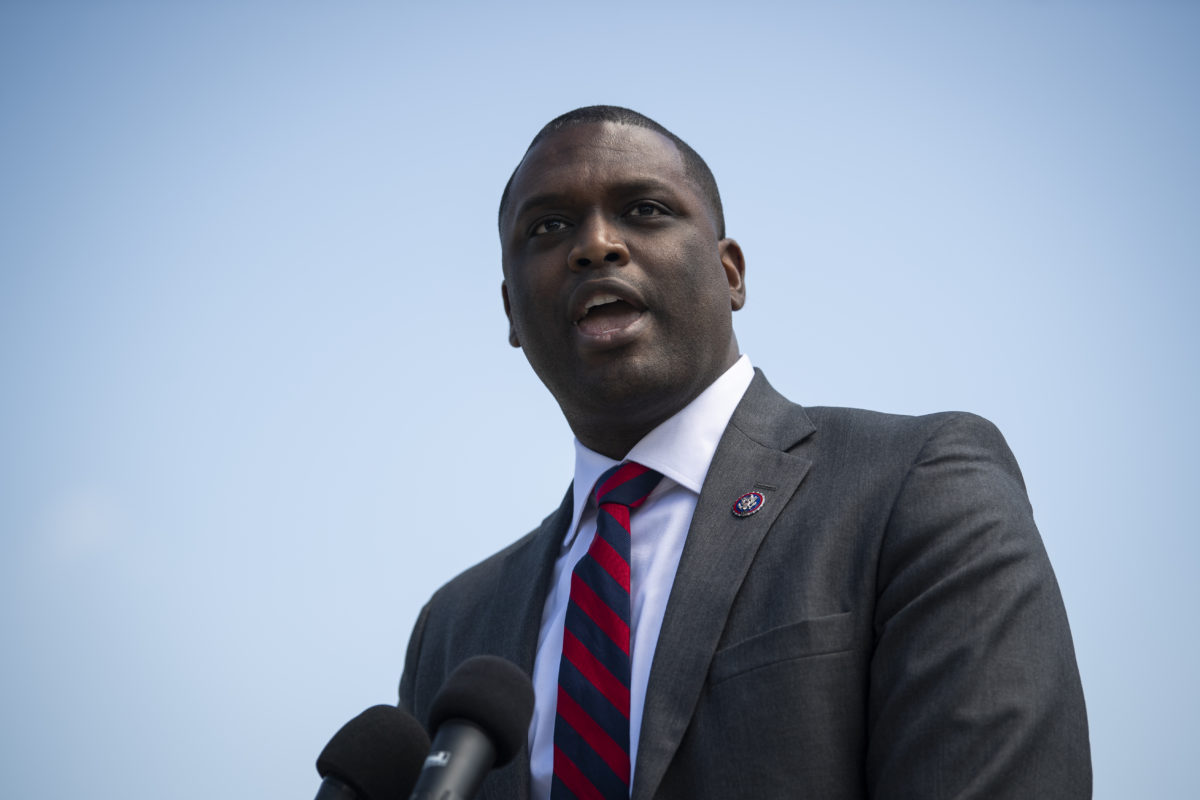 Rep. Mondaire Jones (D-N.Y.) speaks during a news conference outside the Supreme Court with other Democratic members to announce legislation to expand the number of seats of Supreme Court judges in Washington on Thursday, April 15, 2021.

Taking on one of the leaders of the Democratic Party, freshman Rep. Mondaire Jones (D-NY) dismissed criticism of progressive Democrats and policies in the wake of Nina Turner’s loss in an Ohio congressional special election primary earlier this week to moderate Democrat Shontel Brown.

Jones, a first-term congressman who beat a large field of other candidates to replace retiring Rep. Nita Lowey (D-NY) last year, defended the progressive movement’s electability on an episode of “Pod Save America” released on Thursday in response to comments by House Democratic Caucus Chair Hakeem Jeffries (D-NY).

Addressing Jeffries’s remarks in a Wednesday New York Times article condemning the “extreme left” for falling to “recognize that Trumpism and the radical right is the real enemy, not [mainstream Democrats],” Jones shot back that he does not “know who the extreme left is.”

“I do not believe that the loss of Nina Turner in Ohio’s 11th was due to her being progressive,” Jones, who serves as the freshman class representative to House leadership, argued. “I think there was a lot of money being spent, a lot of stuff that was said previously that was characterized in a certain way, but we are seeing progressives win campaigns all over this country.”

While Turner led Brown in combined candidate spending and independent expenditures, pro-Israel groups, particularly Democratic Majority For Israel, did support Brown. Turner referred to such spending as “evil money” in the wake of her loss on Tuesday.

Turner said in 2020 that voting for then-candidate Joe Biden over Donald Trump was “like saying to somebody, ‘You have a bowl of shit in front of you, and all you’ve got to do is eat half of it instead of the whole thing.’ It’s still shit.” Turner was frequently attacked for these comments during the primary campaign. 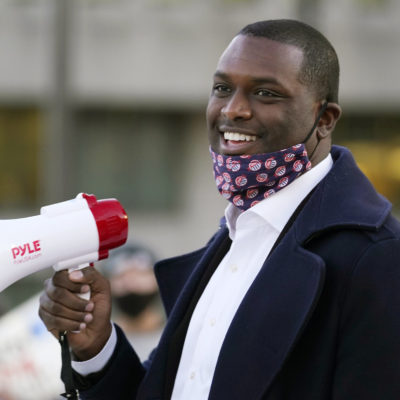 Mondaire Jones says he wants to bridge the ideological divide

Jones went on to emphasize that both he and fellow first-term progressive Rep. Jamaal Bowman (D-NY) won on progressive platforms in their races last fall.

“In the affluent, majority-white suburbs of New York City known as Westchester and Rockland counties, I crushed my opponents in the Democratic primary… running very clearly as the most progressive candidate in that race,” Jones said. “Jamaal Bowman won his race as the most progressive candidate, also in a district that includes a significant portion of Westchester County.”

As in the Ohio special election, DMFI spent heavily in Bowman’s district opposing him.

Jones’s comments also appear to be part of a recent shift toward more open criticism of party leaders.

The New York congressman accused President Biden of having an “empathy deficit” in remarks Wednesday about Biden’s comments skeptical of the constitutionality of unilaterally extending the Center for Disease Control and Prevention’s eviction moratorium.

“That is not the commentary of someone who’s actually trying to help people, and it’s really frustrating to hear that kind of language come from the president of the United States,” Jones said.

“It took us being out here to get you to issue this new moratorium,” he added, referring to the sit-in on the Capitol steps by several progressive lawmakers. “Let’s go with that, rather than raise concerns about it that would work to undermine our efforts.”