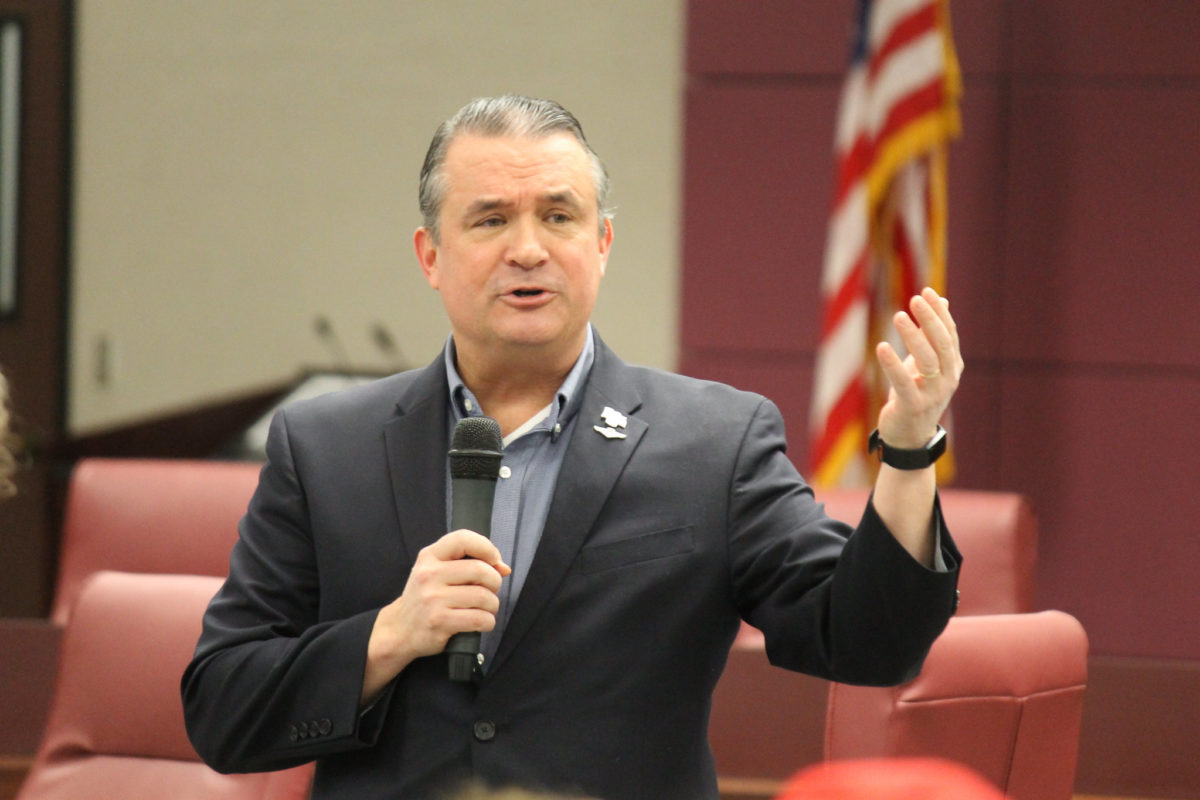 In the face of a growing Democratic push for a second impeachment of President Donald Trump — which appears likely to occur as soon as Wednesday — some House Republicans are instead pushing a plan to censure the president for his role in inciting Wednesday’s insurrection.

In a letter to GOP legislators, Minority Leader Kevin McCarthy (R-CA) offered the censure as a potential avenue to both penalize the president and avoid impeachment in a letter to members Monday. Rep. Tom Reed (R-NY), considered a top GOP dealmaker, also came out in favor of a censure Monday night. Reed also pushed the idea on a House GOP call held Monday afternoon.

“I heard from other congressmen that a censure has only passed the House or Senate against the president one time in our history,” Bacon, who voted against the GOP’s election challenges said. “And that seems a little more appropriate than doing the impeachment route.”

But the GOP’s discussions about the issue may be moot — House Speaker Nancy Pelosi (D-CA) has indicated that she will not allow a vote on censure.

Bacon told JI that Trump has lost the support of much of the Republican Party inside and outside of Congress, and that impeachment would help the president more than it would hurt him.

“We have somewhere between 30 or 35 — I don’t know what the exact number is — [Republicans who] are still very passionate about the president,” Bacon said of his congressional colleagues. The congressman also believes the GOP base is similarly moving on from Trump. “I don’t think the president will be very competitive in any future race, particularly after the last few months and up to the last week,” he predicted.

Impeachment proceedings, the Nebraska congressman warned, could likely lead skeptical Republicans to coalesce behind the president once again.

“[Pelosi is] gonna give the president a platform over the next week,” he said. “There’s a general concurrence that the president did wrong. There’s a bipartisan feeling of disdain for what’s going on here. But doing an impeachment will reconsolidate a lot of his support and it’s going to make him a martyr in some circles… The president, if he had his druthers, would want her to do this.”

In the long-term, Bacon anticipated that disputes over the election results will likely hamper his party, potentially kneecapping efforts to take back the House in 2022. At the same time, political memories can be short — Bacon anticipates that the GOP will unite in opposition to Democratic policy priorities, which will likely move through a unified Democratic Congress and White House for the next two years.

“I think the issues will be different in two years,” he said. “There may still be some damage from this through then, but it’s hard for me to know. I do think we’re on the wrong side of this issue, though.”

Like other Republicans who have spoken out against the president in recent days, Bacon made the case that Trump has undermined his legacy and achievements through his conduct since the election.

“The president should have respected our history, our legacy of republic government. And he did not,” Bacon said. “It’s hurt his legacy by how he’s responded. And what happened this past week is a reflection of his leadership. And it’s not good.”

Bacon also raised red flags about the proliferation of misinformation within his party, noting that he had spent part of the day fielding calls from constituents and others pushing conspiracy theories about the riot at the Capitol. He acknowledged that some of his own colleagues have trafficked in similar claims.

“They’re sort of drinking from the same Kool Aid. They’re getting it from the same sources,” Bacon said. “There’s just so much misinformation in the social media world that people gotta be very careful.”

These false claims also impacted Wednesday night’s votes on Electoral College certification, Bacon continued, explaining that some GOP colleagues voted against certifying the results due to pressure from their districts.

Bacon believes that a bipartisan commission to investigate false allegations of voter fraud and other malfeasance in the 2020 election could help tamp down on conspiracy theories and restore trust in the electoral system.

“Republicans and Democrats alike should support some kind of commission. To look at the allegations,” Bacon continued. “even if they’re not true, that’s a good thing to point out. Right? I think you can put a spotlight on a problem… And hopefully it will regain the trust of our elections.”

Another looming question for Democrats will be when to transmit the article of impeachment to the Senate, which would force an immediate trial. Democrats are weighing the benefits of waiting until Biden has made progress on his legislative agenda and confirmed senior officials.

With the Senate not meeting until Jan. 19, an impeachment trial will come too late to remove Trump from office. Senate Minority Leader Chuck Schumer (D-NY) is reportedly exploring using emergency authority to reconvene the Senate prior to Jan. 19 to conduct an impeachment trial, but such a move would require Majority Leader Mitch McConnell’s (R-KY) sign-off, which he is unlikely to grant.

House Majority Leader Steny Hoyer (D-VA), the second-highest ranking House Democrat, told reporters that he wants the House to transmit the articles of impeachment to the Senate immediately. House Majority Whip Jim Clyburn (D-SC), the third-ranking House Democrat, disagreed, indicating he prefers to give Biden 100 days to “get his agenda off and running” before transmitting the impeachment articles to the Senate.

Biden announced Monday that he had discussed with members a potential plan to split Senate time between impeachment and confirmation hearings and COVID relief debate, to allow impeachment to proceed without blockading the White House agenda.