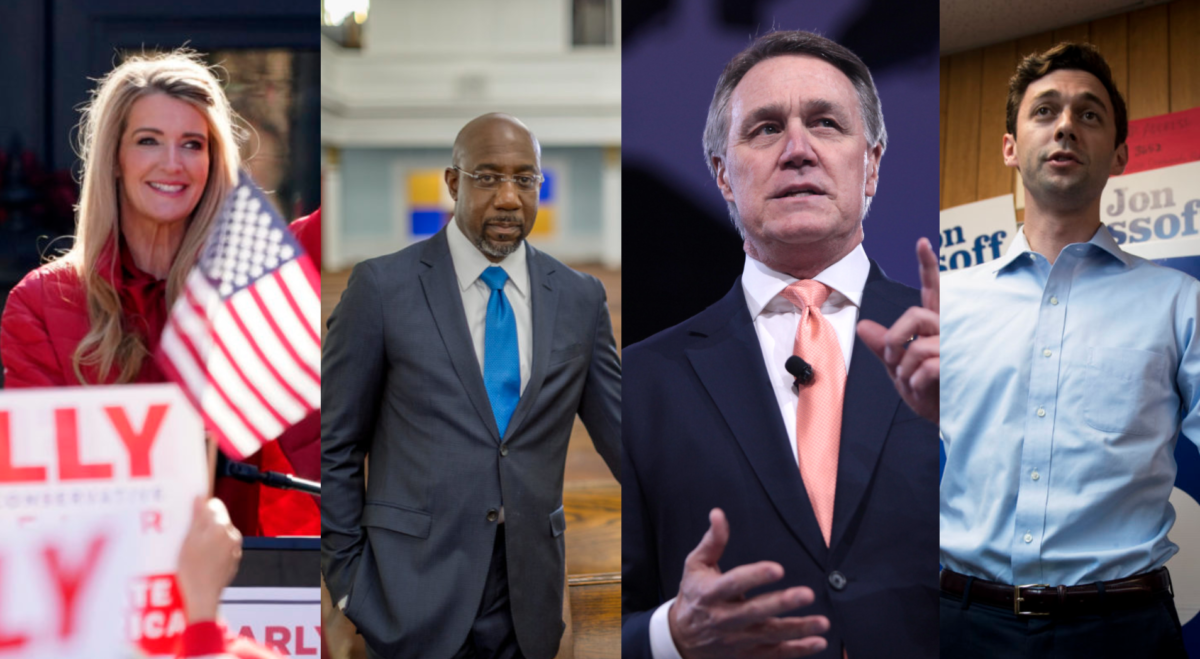 The wait to determine which party will control the Senate appears nearly over as voters in Georgia cast their final ballots in the hotly contested races pitting two incumbent first-term Republicans against Democratic opponents who have never held public office. The upstart Democratic candidates are hoping they can turn Georgia blue as they compete in two of the most consequential races in recent memory, which experts have characterized as legitimate toss-ups.

“Everyone expects this to be very close,” said Alan Abramowitz, a professor of political science at Emory University in Atlanta. “It’s probably going to be decided by one or two points at most.”

Since November 3, Democratic challengers Jon Ossoff and Rev. Raphael Warnock have engaged in a veritable war of attrition with their respective adversaries, Republican Sens. David Perdue and Kelly Loeffler, as hundreds of millions of dollars in advertising have poured into the state. Both sides, according to local and national observers, are largely focused on turning out their respective bases rather than persuading moderate and undecided voters in the deeply polarized election environment.

While Democrats have historically underperformed against Republicans in Georgia runoffs, the unique circumstances of the races have put Ossoff and Warnock in rarefied positions as the election has come to be regarded as something of a Rorschach test whose outcome may well determine the national political mood for at least the next couple of years.

If both Democrats win, Vice President-elect Kamala Harris will serve as the tie-breaking vote in the Senate — a dynamic that will give President-elect Joe Biden ample leeway to enact his vision as he is already poised to benefit from a Democratic House majority. But should Ossoff or Warnock fail to secure the most votes, the Republicans will maintain their grip on the upper chamber as well as Biden’s plans for his first term in office.

Either way, one thing is certain: It is the Republicans’ race to lose in a traditionally conservative state that has trended purple in recent years but may not yet have reached a point at which it is ready to flip blue.

More than 3 million early votes have already been cast, and most experts agree that turnout so far appears to favor Democrats. Though Republicans are known to vote on Election Day, a habit that is expected to help them offset their apparent deficit, some GOP strategists are worried that the support may not be strong enough to secure the two Senate seats.

Jay Williams, a GOP strategist who has done digital and print advertising for both Loeffler and Perdue, told Jewish Insider that low turnout among Republicans during the early voting period puts the party at a significant disadvantage. Republicans, he says, are now down 14% relative to Democrats, according to a proprietary voter model he worked up for a GOP super PAC — a margin four points worse than the one Republicans were trailing by as they went into the general election this fall. “I don’t feel good about it,” Williams said.

He speculated that Republicans may still show up in full force today, perhaps having chosen to stay at home and opt out of early in-person voting because of the holiday season. But Williams added that President Donald Trump’s persistent effort to discredit Georgia’s recent election results could be influencing Republican voters to forgo casting their ballots.

On top of that, he added, Trump’s messaging has been doubly counterproductive as the president has taken aim at Republican elected officials in Georgia like Secretary of State Brad Raffensperger and Gov. Brian Kemp at a moment when he could be more usefully focusing his ire on the Democratic candidates. At a Georgia campaign rally on Monday night, Trump made no effort to correct that impression, using his bully pulpit to propound a litany of conspiracy theories and attacks on political opponents.

“I think a lot of Republicans like me who are involved in this process are frustrated,” said Williams. “It’s not healthy.”

Still, GOP State Treasurer Joseph Brannan is optimistic that Republicans will prevail, noting that the state party employed more than 1,000 paid staffers and sent tens of thousands of volunteer door-knockers across Georgia as it sought to improve its ground game. “I think the turnout’s going to be strong tomorrow from folks that want to cast their vote in person at the ballot box,” he said in a Monday evening phone interview, “and that will bring Kelly and David across the line.”

The Democrats, however, are betting that their turnout effort will prove stronger as they have sought to energize newly registered voters and minorities in metropolitan Atlanta and southwest Georgia as well as battleground cities like Macon, Savannah and Columbus. The state’s shifting demographics, particularly in and around Atlanta, have recently given Democrats more voting power, as Republicans have relied on a strategy of bolstering support in rural areas this election cycle.

“I think we’ve maximized the opportunity to succeed, with the largest ground game in Georgia history and historic investment in minority communities like Latinos and Blacks,” said a Democratic strategist who has advised both candidates but who asked to remain anonymous because he was not authorized to speak on the record.

It remains to be seen how quickly the elections results will be called. JI queried a number of experts who gave varying answers, including the following morning, Wednesday evening and as long as a week after the runoff. No one believed that the votes would all be tallied by Tuesday night.

Given the tensions over Trump’s efforts to challenge the results of the November 3 contest, it seems certain that Republicans will emulate the president this election, according to Fred Hicks, a Democratic strategist in Atlanta who is not involved in either campaign.

“I expect lawsuits and a lot of debate over what happens with these absentee ballots and people who registered after November 3,” he said, adding his prediction that there will probably be a manual vote recount if Ossoff and Warnock have the lead — a time-consuming process that could leave voters on edge for days.

Many Georgians will no doubt be disappointed that they will have to endure another repeat of the vote-counting process that took place during the recent presidential election. But they may also find some comfort in discovering that the costly media blitz that blanketed the state with political advertising over the past couple of months will have come to an end.

“I think everyone will be relieved when that stops,” said Abramowitz, the Emory professor, who adds that he has been bombarded with ads in the lead-up to the runoffs.

Still, the reprieve likely won’t last long, given that Warnock and Loeffler are competing in a special election to serve out the remainder of a term vacated by Sen. Johnny Isakson (R-GA) at the end of 2019. It expires in 2022, not far off by election standards. So when might it be reasonable to start campaigning again?

“Wednesday or Thursday or next week,” said Hicks, “or whenever this thing is done.”