Meet the college students trying to bring Jews together behind Biden

The group has attracted attention on social media 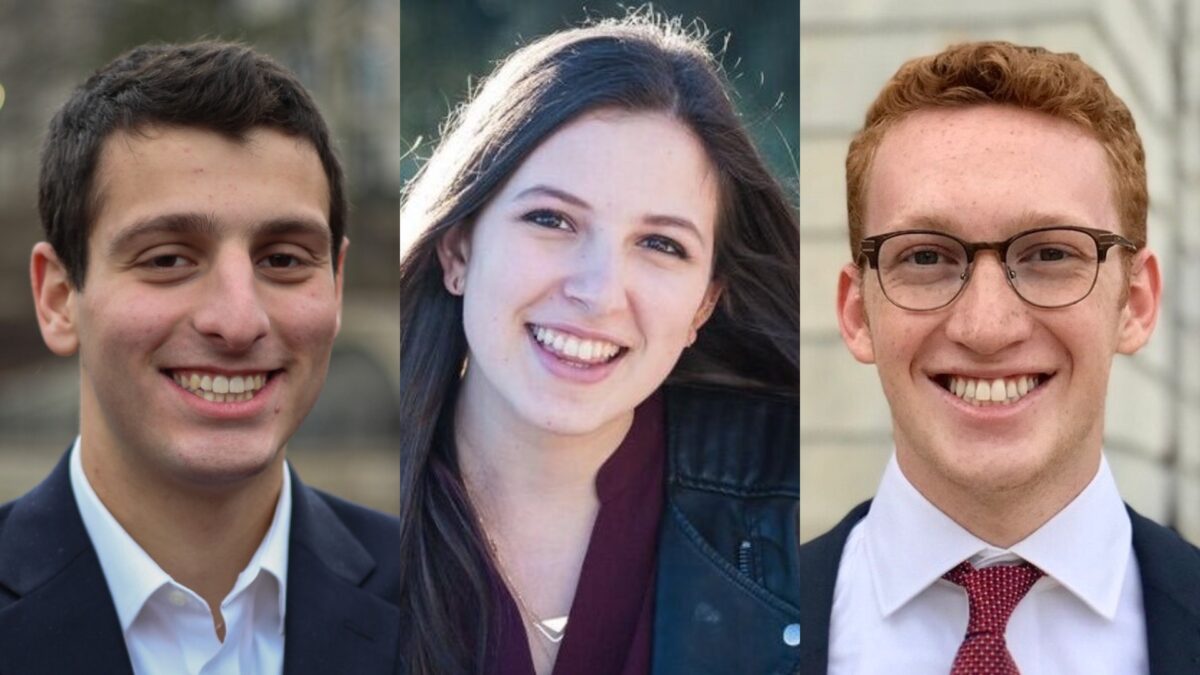 Three college students, organizing under the name “Jews 4 Joe,” are working to rally the Jewish community behind former Vice President Joe Biden in his bid for the presidency. In a matter of weeks, they’ve accrued a following of hundreds of social media users and have caught the eye of political consultants and Jewish community leaders.

The Jews 4 Joe website and social media accounts were started earlier this month by Columbia University student Eva Wyner, along with Ben Kanas and Ethan Wolf, who both attend The Ohio State University. The three had been involved with the Students for Biden campaign and saw an opening for outreach to the Jewish community.

“We discovered there was a vacuum,” Kanas said, “and the three of us came together and took the initiative upon ourselves to say, ‘Let’s change what’s going on and be the people that create this movement.’”

Although their primary focus has been on students, they hope to “[transcend] age groups, racial backgrounds, genders, identities,” Kanas added.

They hope they can fill what they see as a gap in the Biden campaign’s outreach.

“Something that the campaign is spending a lot of time doing is reaching students and young voters, and because of that you need the megaphone that students have and the organizing skills to grow this movement pretty rapidly,” Wyner said. “Those are some of the reasons why we thought we had this unique angle and also ability, time, social media savviness… to really get our hands into this and dedicate the time that’s necessary to start these Jewish outreach efforts.”

The students are hoping to appeal to Jews of all types and backgrounds.

“We thought we were in a very unique position to create a big tent support group of varying beliefs on Jewish issues,” Wolf said. “And we wanted to advocate for that and create as big and wide of a support network as we humanly could.”

The trio has gained attention from some notable figures in the Jewish community — former U.S. Aambassador to Israel Daniel Shapiro, Pennsylvania Attorney General Josh Shapiro and a number of senior staffers from Jewish organizations were among their early Twitter followers.

The organizers said that, within days of launching their efforts, they’d had conversations with political consultants and Jewish outreach directors from the Warren and Yang campaigns — as well as affiliates of the Biden campaign. “When the campaign ultimately does have a Jewish outreach [effort], we hope that we can be able to support them by saying, ‘We’ve collected all this data, all this information,’” Wolf said.

Established political operatives have high hopes for the group.

“There is a new generation of young Jewish leaders emerging. They represent that,” said Sarah Bard, who served as the director of Jewish outreach for Hillary Clinton’s 2016 presidential bid and has spoken with the trio. “[I] found them incredibly energized, mobilized and organized. They are tapping into a fast-growing grassroots wave.”

Bluelight Strategies co-founder Aaron Keyak, who also communicated with the organizers after finding them on social media, agreed.

“It’s always impressive when you see a group of grassroots college students start something like this,” Keyak said. “They’ll definitely be a factor in this campaign. They already have been.”

The students have collected a list of several hundred email addresses, and assembled a 65-person strong “leadership circle.” In the weeks ahead, they’re planning to promote upcoming Biden events, as well as host some of their own, including a “Jewish Day of Action” next week.