These Democrats think they can flip the seat held for decades by Republican Rep. Steve Chabot 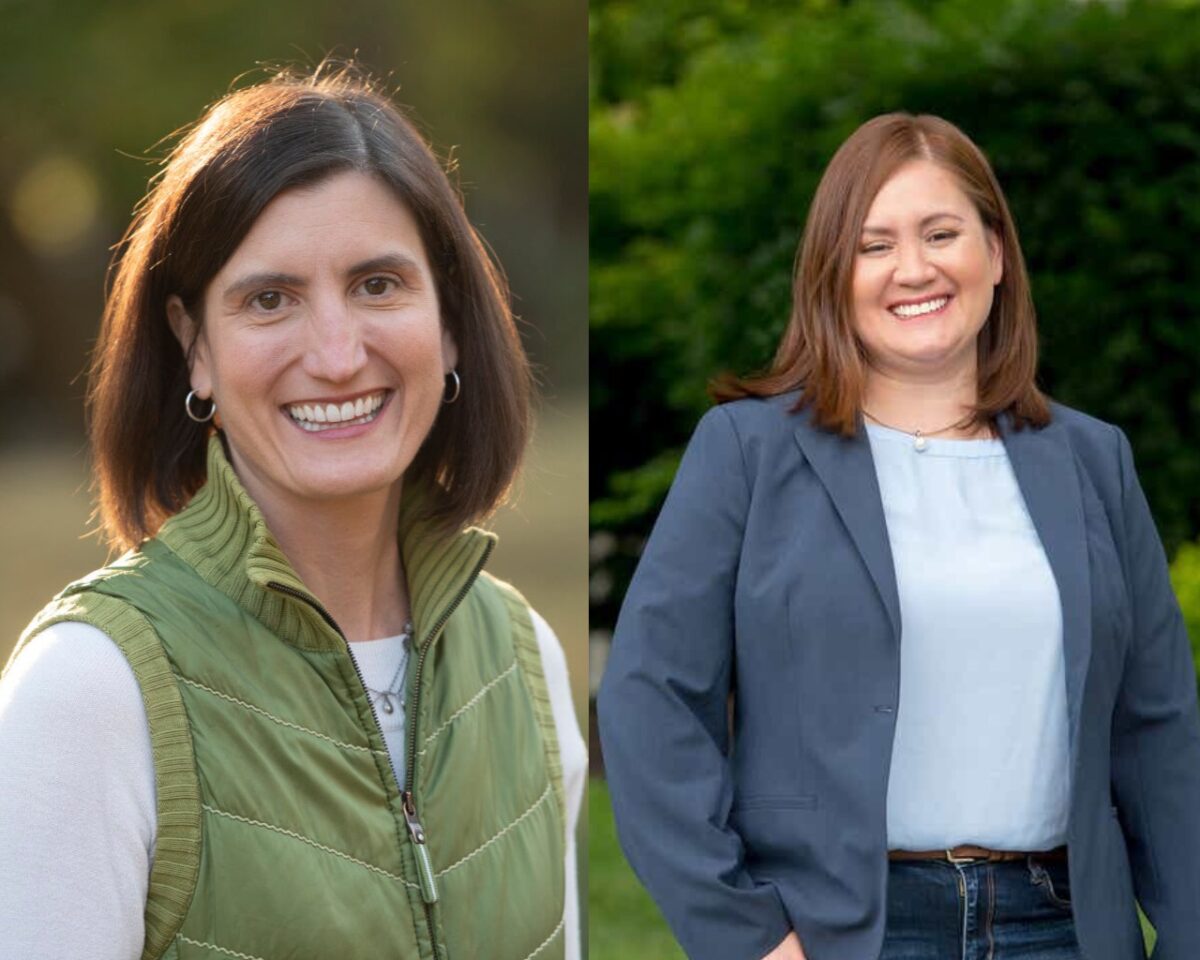 The two women hold similar positions — including on health care, foreign policy and veterans’ affairs — that largely fall within the mainstream of the Democratic Party. Either candidate, observers say, could be a formidable opponent in the race to represent the district, which includes most of Cincinnati and its northern suburbs.

Both candidates have centered their campaign’s main message around health care — and both have extensive histories dealing with the health care system.

Foster’s 18-month-old son was born with a heart condition and her father was an auto mechanic who broke his back in an accident while Foster was in college. The incident bankrupted him and his family of five, Foster told JI.

Prior to jumping in the race, Schroder, a cancer survivor, worked for more than a decade at the Clinton Health Access Initiative. Her father’s own cancer diagnosis in 2017 prompted Schroder to enter the race for Chabot’s seat.

The district needs “a champion,” the former Hill staffer — who worked for former Sen. Evan Bayh (D-OH) in the early 2000s — told JI.

“I think we need more people in Congress who bring [advocacy] experience, who are focused on really not being partisan, but being doers and problem solvers and [having] low ego,” she said.

Foster’s background has also helped shape her policy positions. She told JI that her time in the military, which includes more than a decade of active duty and five tours in the Middle East, has influenced her views on the U.S.-Israel relationship.

“Being a military veteran… I recognize that Israel has been a strong partner and ally of ours for generations,” she said. “I believe we need to continue to support our Israeli allies.”

Her military experience has also led her to support diplomatic solutions to the Iran conflict, including President Barack Obama’s 2015 nuclear deal.

“I believe diplomacy is the first way to resolve conflicts. And escalating conflict to a point where we’re creating more war always concerns me,” she said. “I’ve lost friends in wartimes. It’s hard burying your friends after years of being at war. I just believe that anything we can do to prevent it is the right thing for all Americans.”

Local Democrats told JI that, regardless of who wins today, the Democratic Party has a decent shot in November at beating Chabot, who has held the seat for all but two of the last 25 years.

“Whoever wins this primary has a really good campaign to run against Chabot,” Ohio Democratic Party chairman David Pepper told JI. “Nikki Foster brings a very compelling story as a veteran. [Schroder] has a very strong healthcare background… Chabot hasn’t faced a candidate like either one of them.”

He predicted that both candidates would do well among suburban women, and highlighted the district’s large African-American population, which he said was one of the largest by percentage in a GOP-controlled district nationwide.

He explained that the district is demographically similar to many of the districts that Democrats flipped in 2018. In a presidential election year, a Democrat in Ohio may get an added boost.

“The dynamics of the district are very strong for the challenger,” Pepper said. “It’s kind of a perfect storm.”

Pepper and Foster also hinted at a likely line of attack for Democrats in the general election cycle.

Amid scrutiny of Chabot’s campaign’s finances by federal investigators late last year, it emerged that a volunteer — the father of Chabot’s longtime campaign manager and former aide, who has since left his role — had been listed as treasurer for years, despite never working for the campaign. Chabot’s campaign has said it was the victim of financial malfeasance.

“[Chabot] wasn’t keeping track of the most basic books of his campaign,” Pepper said. “It’s a very embarrassing thing that kind of revealed how much he’s coasted since this district was gerrymandered [in 2010] to save him.”