Alan Gross: ‘I pity the future of U.S. diplomacy under a Sanders administration’ 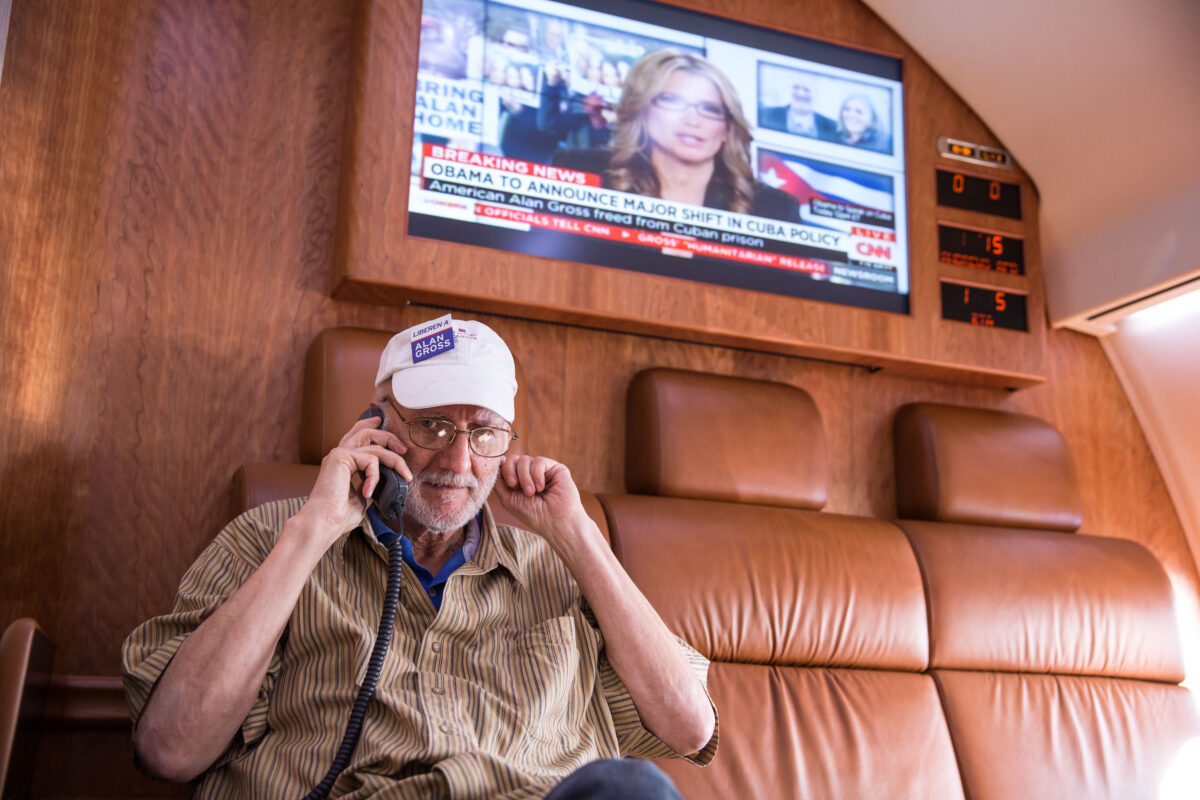 Alan Gross talks with President Obama onboard a government plane headed back to the US, Dec. 17, 2014. (Official White House Photo by Lawrence Jackson) This official White House photograph is being made available only for publication by news organizations and/or for personal use printing by the subject(s) of the photograph. The photograph may not be manipulated in any way and may not be used in commercial or political materials, advertisements, emails, products, promotions that in any way suggests approval or endorsement of the President, the First Family, or the White House.

The room where it happened: Gross, who was held in a Cuban prison from 2009-2014 after his arrest for attempting to distribute internet-connected devices in the island nation, recalled a 2014 meeting with Sanders and Montana Sens. Jon Tester and Heidi Heitkamp while the group was visiting the country as part of a congressional delegation.

Mixed reactions: In a social media post, Gross described Tester and Heitkamp as “very engaging, and both seemed to have a solid grasp on the realities of Cuba,” but noted that “Sanders did not engage much in conversation until the end of our meeting time when he said, ‘I don’t see what’s so wrong with this country.’”

Reflecting: Gross told JI that he was shocked by the “disturbing” comments made by Sanders, with whom he has not communicated since. “I have no idea why he was granted permission to see me or why he was part of that [congressional delegation],” Gross said. A source close to Heitkamp told NPR that the then-senator couldn’t recall Sanders’s exact remarks, but remembered an uncomfortable exchange.

“60 Minutes” spotlight: In a recent CBS interview, Sanders came under fire for praising Cuba for its high literacy rates under the Castro regime. “Sure, Castro placed great emphasis on literacy —- the literacy rate in Cuba is now higher that in the U.S.,” Gross said. “But in the U.S. we are free to read whatever we want. Not so in Cuba. We are free to assemble and have freedom of speech.”

Unconstructive boycott: Gross also criticized the senator for his decision not to attend this week’s AIPAC policy conference. “His more recent spat with the segment of the American Jewish community that supports Israel and his boycott of the AIPAC conference is also quite disturbing,” Gross told JI. “If this is what he considers to be ‘constructive engagement,’ then I pity the future of U.S. diplomacy under a Sanders administration.”