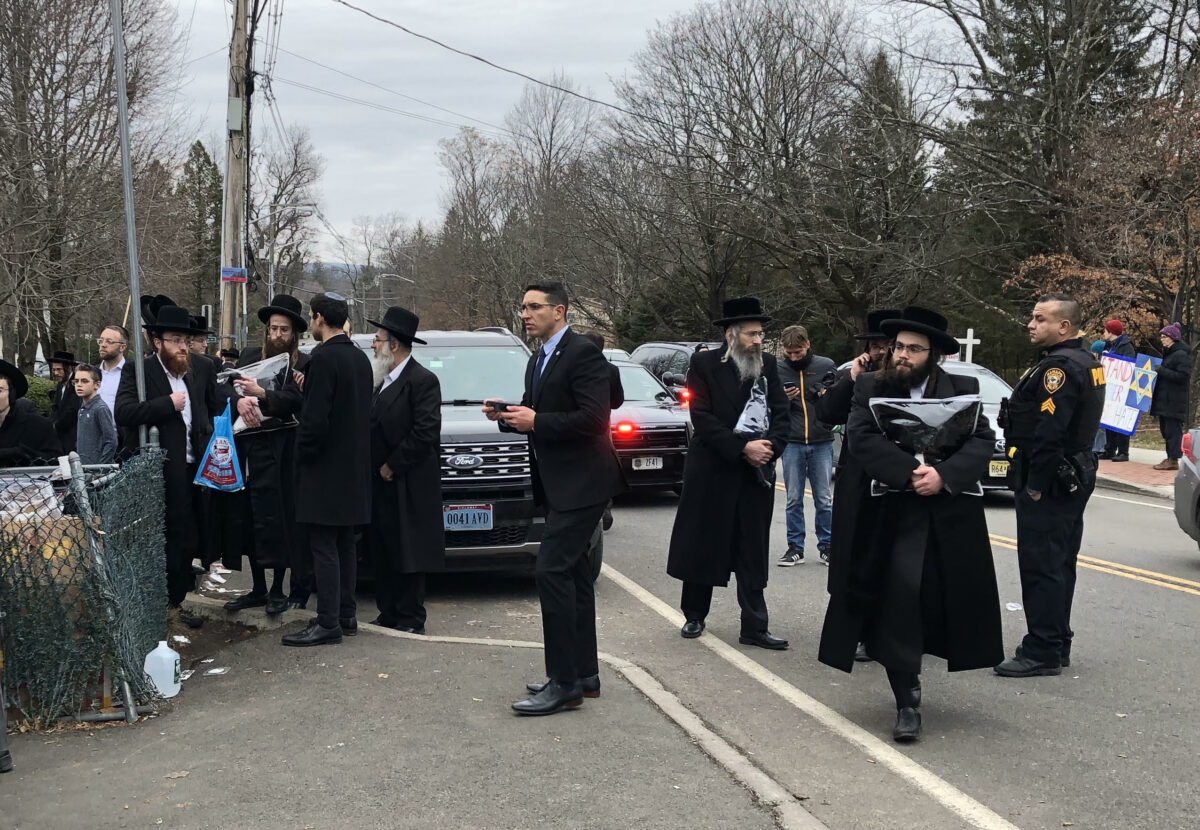 The horrific stabbing attack in Monsey, N.Y. on Saturday night, deemed a domestic terror incident, drew fierce condemnation and prompted reassurances from political leaders to combat the growing threat of antisemitism and protect the Jewish community.

Weeks of horror: The Monsey attack followed a rash of violent incidents against Jews on almost every single day of Hanukkah. As of Wednesday evening, at least 13 antisemitic incidents had been reported in New York City in just 10 days. Those attacks included a string of assaults on Hasidic men and women walking the streets of Brooklyn.

Not the time: Israeli Consul General Dani Dayan tells Jewish Insider that “now is not the time” for Israelis to suggest that American Jews worried about their safety should emigrate to the Jewish state.

Boots on the ground: Governor Andrew Cuomo visited the Jewish neighborhood of Williamsburg on Wednesday to express his support and solidarity. The visit came on the five-year anniversary of the death of his father, former Governor Mario Cuomo, who had a close relationship with the Satmar community. Cuomo directed police to further increase patrols and security in Jewish neighborhoods across the state.

Across the bridge: The Jewish Community Relations Council of New York and the UJA-Federation of New York are organizing a mass march across the Brooklyn Bridge from Foley Square in Manhattan on Sunday. The New York Times editorial board is calling on Cuomo and Mayor Bill de Blasio to join the “No Hate, No Fear” march.

The Monsey attack sparked a national conversation about the need to address antisemitism and hate, as well as a call for unity.

In an interview with Jewish Insider, Deborah Lauter, executive director of the newly created New York City Office for the Prevention of Hate Crimes, said the Monsey attack has “put an exclamation point on how important this office is, and has escalated our work to a higher level.” But she maintained that the city government is capable of addressing the crisis. “Federal hate crime laws are important, but I don’t see the necessity of any federal intervention. I think the city is well-prepared and is dealing with it appropriately,” she said.

Lauter reassured the Jewish community that the city is taking the issue seriously. On Sunday, Mayor Bill de Blasio announced the creation of new “Neighborhood Safety Coalitions” in Williamsburg, Crown Heights and Borough Park, and a new curriculum in the Department of Education to prevent future hate crimes and antisemitic attacks.

Read my lips: De Blasio told JI that his message to fathers riding the subway to work and mothers sending their children to school is that “we will protect you. We are sending in more and more of the finest police officers in this country to protect the community.”

NYPD Commissioner Dermot Shea added, “It makes me mad as hell that we have people living in this city in 2019 that have to worry about their kids going to school, and what they’re wearing, or going to a movie, that they’re going to be targeted because of how they look or they’re afraid to worship whatever their religion is.”

Taking it personally: NYC Comptroller Scott Stringer tells JI that the conversation with his two young sons while lighting the menorah “has been very different and difficult” this year. “I was trying to get them to understand the reality of this changing world,” he said.

Building bridges: City Councilman Brad Lander (D-Brooklyn), who represents parts of Borough Park, tells JI that this is the time for liberal and progressive Jews to “push past” their anti-Hasidic bias and “welcome Orthodox Jews into the conversation and [make] room for frum leaders to… be in dialogue. Unfortunately we just don’t have that kind of relationship” between the communities, Lander said. “I hope we can use this as an opportunity to build more bridges and also hold ourselves accountable for our solidarity with Hasidic and Haredi Jews.” He added that antisemitism and bias “needs to be called out not just when it fits our model.”

Funding security measures: Senate Minority Leader Chuck Schumer (D-NY) has requested additional federal funding to protect religious institutions and members of religious groups, calling it a “national crisis.” Flanked by the leaders of the Anti-Defamation League, Agudath Israel of America, the Orthodox Union and members of the Satmar Hasidic sect in New York on Monday, Schumer outlined a plan to strengthen the federal government’s strategy against rising hate and extremist attacks. Sen. Kirsten Gillibrand (D-NY) also addressed the issue of funding in a meeting with community leaders.

Rockland County legislator Aron Wieder, also a member of the Hasidic community, tells JI that while the responses from elected officials “were the best that we could expect,” the community lacks the resources and protection measures that the federal government “can and must” provide. “We are American citizens and we deserve nothing less than basic security,” he said.