At 2018 event with Parnas and Fruman, Giuliani said Democrats will ‘start a hundred investigations’ into Trump 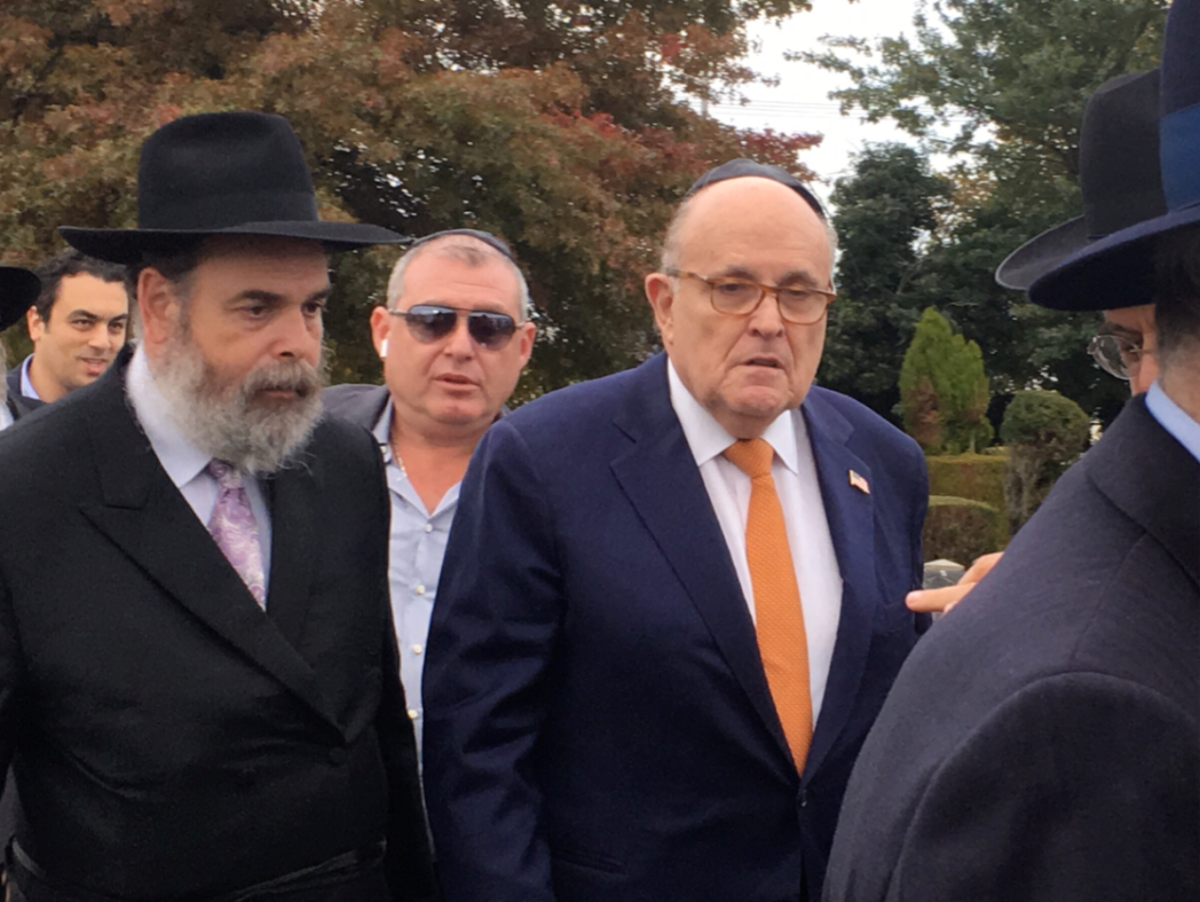 Lev Parnas and Rudy Giuliani visit the burial site of the Lubavitcher rebbe in Queens in November 2018.

President Donald Trump’s personal lawyer Rudy Giuliani seemed to predict his fate and a possible impeachment by the House of Representatives during an event with his indicted associates ― Lev Parnas and Igor Fruman — on the eve of the 2018 midterm elections.

In previously unreported remarks at an event hosted by Dr. Joe Frager, vice president of the National Council of Young Israel in Queens, N.Y., on November 1, 2018, Giuliani foresaw the Democrats starting “a hundred investigations” against the president and predicted that “Washington lawyers will make a fortune.”

“The part of their winning is that the House will go crazy. They will start a hundred investigations” — to which Parnas could be heard agreeing, “Oh, you’re right.” Giuliani continued: “They’ll go overboard. They’ll turn the American people off,” he said, stressing the importance of the Republicans holding onto the Senate majority.

“If we have the Senate, they can’t do permanent damage. They can only make trouble, but they can’t pass a law, they can’t impeach anybody,” Giuliani explained. “They have nothing. They can subpoena people like crazy. Then you go to court and fight them… The Washington lawyers will make a fortune. Yeah. I mean, this would be great. I should open an office in Washington (laughter).”

According to Giuliani, Trump “doesn’t mind the battle. They don’t know what they’re taking on. He’ll destroy them. He’ll absolutely destroy them, and they’ll destroy themselves because the president’s just one person and he’s got one White House that works for him. But they have like probably about a hundred lunatics in the House of Representatives and they’re all going to want the microphone and they’re all going to want to be crazier than the other, and there’s only a certain tolerance the American people have for this.”

Also in attendance was Ukrainian Chief Rabbi Moshe Azman, who has been associated with Parnas and Fruman. At the beginning of the event, Parnas introduced Azman as “one of your biggest supporters.”

During Giuliani’s remarks, Parnas chimed in and implored the crowd: “We need to win the midterms. That’s the bottom line. The president can’t do everything on his own, unfortunately.”

Parnas and Fruman were indicted Thursday on campaign finance charges related to their efforts to remove Marie Yovanovitch, the former U.S. ambassador to Ukraine, from her post. They were arrested Wednesday evening at Dulles International Airport as they tried to leave on one-way plane tickets to Vienna. Social media activity over the last two years indicate the duo had socialized with the president and his son, Donald Trump, Jr., and had visited both the White House and Trump’s Mar-a-Lago Club in Florida.