Giuliani in 2018 video with embroiled associates: “Can’t wait to come back” to Ukraine 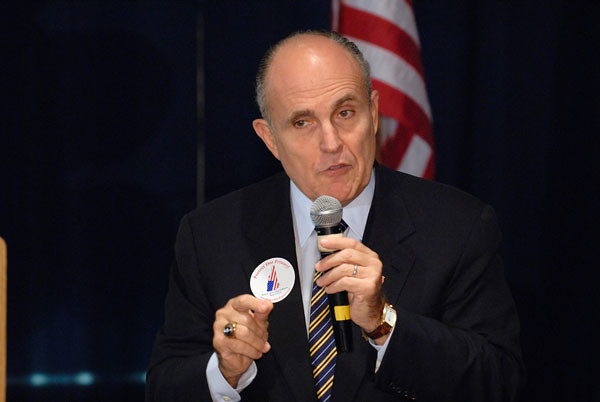 In a 2018 video obtained by Jewish Insider, Rudy Giuliani is seen with associates Lev Parnas and Igor Fruman expressing his hope to return to Ukraine. Parnas and Fruman were indicted Thursday on campaign finance charges related to their efforts to remove Marie Yovanovitch, the former U.S. ambassador to Ukraine, from her job.

In the video, which appeared to be filmed at the Trump International Hotel in Washington, Giuliani, the former New York mayor and Trump’s personal lawyer, says he “can’t wait to come back,” followed by Parnas saying, “See you in Ukraine soon.” The video was posted on the Facebook page of the Anatevka Jewish Refugee Community, the social media arm of a charity set up to help Ukrainian Jews fleeing violence in the eastern part of the country in 2018. Both Parnas and Fruman sit on the board of the charity. The three men also sent greetings to Rabbi Moshe Azman, the head of the organization.

Parnas and Fruman are accused of illegally funneling money to America First Action, a pro-Trump superPAC, as well as to the election campaign of former Rep. Pete Sessions (R-TX).  The two were arrested Wednesday evening at Dulles International Airport as they tried to leave the United States on one-way plane tickets to Vienna. Parnas and Fruman had been working with Giuliani and assisting in efforts to investigate Ukrainian business dealings by Hunter Biden, the son of former Vice President Joe Biden.