Can Congress work with Jeremy Corbyn? 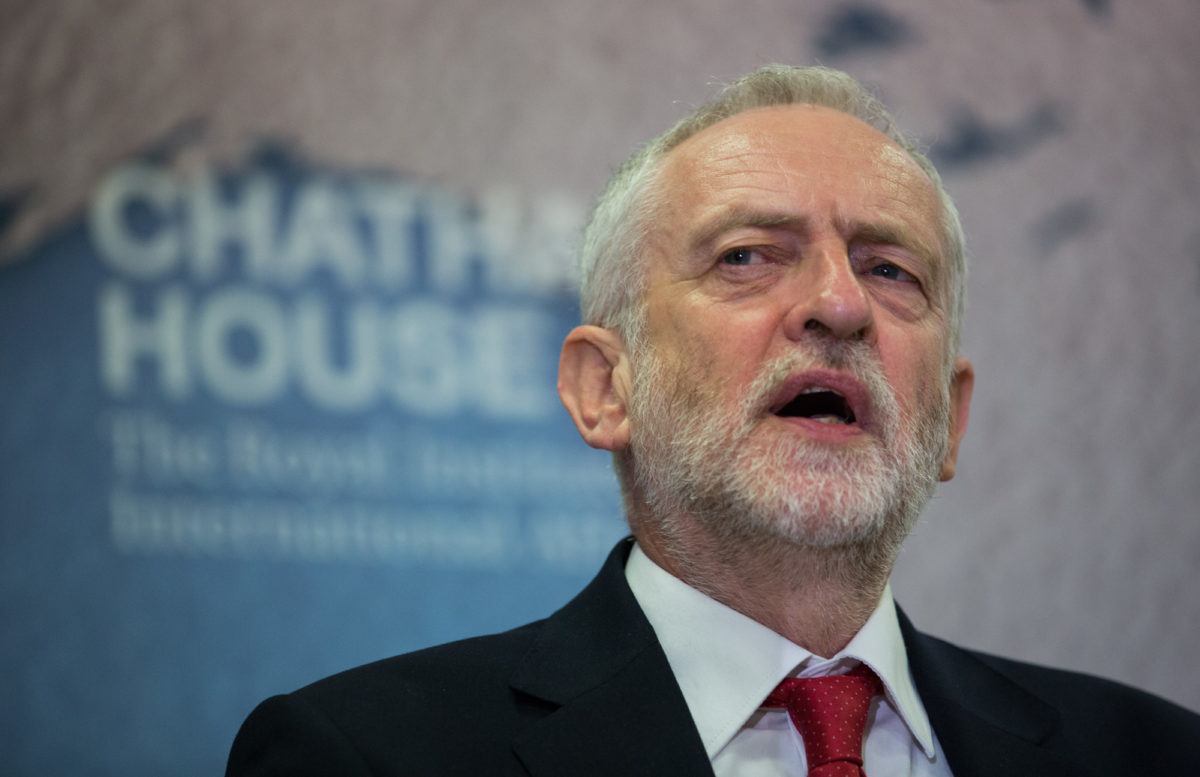 How would the election of Jeremy Corbyn as U.K. prime minister be received by members of Congress? The Labour leader and the party as a whole continue to be dogged by widespread accusations of antisemitism, even leading to a split in the party earlier this year when nine MPs resigned over the issue.

On Tuesday, three Labour peers in the House of Lords — including a former general secretary of Labour — resigned from the party, stating that it was clearly “institutionally antisemitic.” Earlier this week, former Labour Prime Minister Gordon Brown told Jewish voters that the party “owes the Jewish community an unqualified apology.”

While the successor to Prime Minister Theresa May will be decided within the Conservative Party, the prospect of a general election looms on the horizon.

Although Corbyn became the Labour Party’s leader in 2015, several congressmen told Jewish Insider on Tuesday that they still did not know enough about Corbyn to comment on his potential premiership.

Rep. Alexandria Ocasio-Cortez (D-NY), who praised Corbyn following a phone conversation earlier this year, said: “I’m not super familiar with what has been going on internally, but I do know that – there seems to be controversy there, internally in Labour… To be honest, I’m not super familiar with the internal workings, but I certainly think that all communities have to be protected and every community needs to be assured and feeling that they are safe from bigotry. I think that’s the main deal.”

Rep. Sean Casten (D-IL): “I’m afraid I don’t know enough about [Corbyn’s] history to have anything intelligent to say there. But I am horribly opposed to antisemites… We got enough of them on our side of the pond.”

Sen. Tim Kaine (D-VA): “I’m not an expert enough on it to really focus on it. I will say this, it is a global trend and problem,” he said, and referenced his sponsorship of 2017 legislation that provided additional funds to the State Department to combat antisemitism in Europe, which was signed into law in January. “But frankly, that concern in my brain has been eclipsed by antisemitism in the U.S., and I’m very focused on the rising antisemitism in the U.S.”

Sen. Richard Shelby (R-AL): “I know we’re trying to work with whoever the foreign leaders are, but I don’t think that’s going to happen over there, from what I read about the politics.”

Sen. John Kennedy (R-LA): “Well Mr. Corbyn needs to have a long heartfelt discussion with himself and with his party about what they stand for. And if they stand for antisemitism, then they don’t deserve, in my judgment, to govern one of the finest countries in the history of the world, the United Kingdom.”

“Don’t interpret that as me trying to tell our friends overseas how to do their business. America has enough trouble right now paddling its own canoe. But these antisemitism allegations — and in some case facts — keep bubbling up. And I think we’re perilously close to believing there’s not only smoke but fire. Before the people of the U.K. turn over their leadership to him, he needs to answer these questions, if for no other reason, but for the U.K.’s standing in the world. There’s just no room for that kind of attitude.”