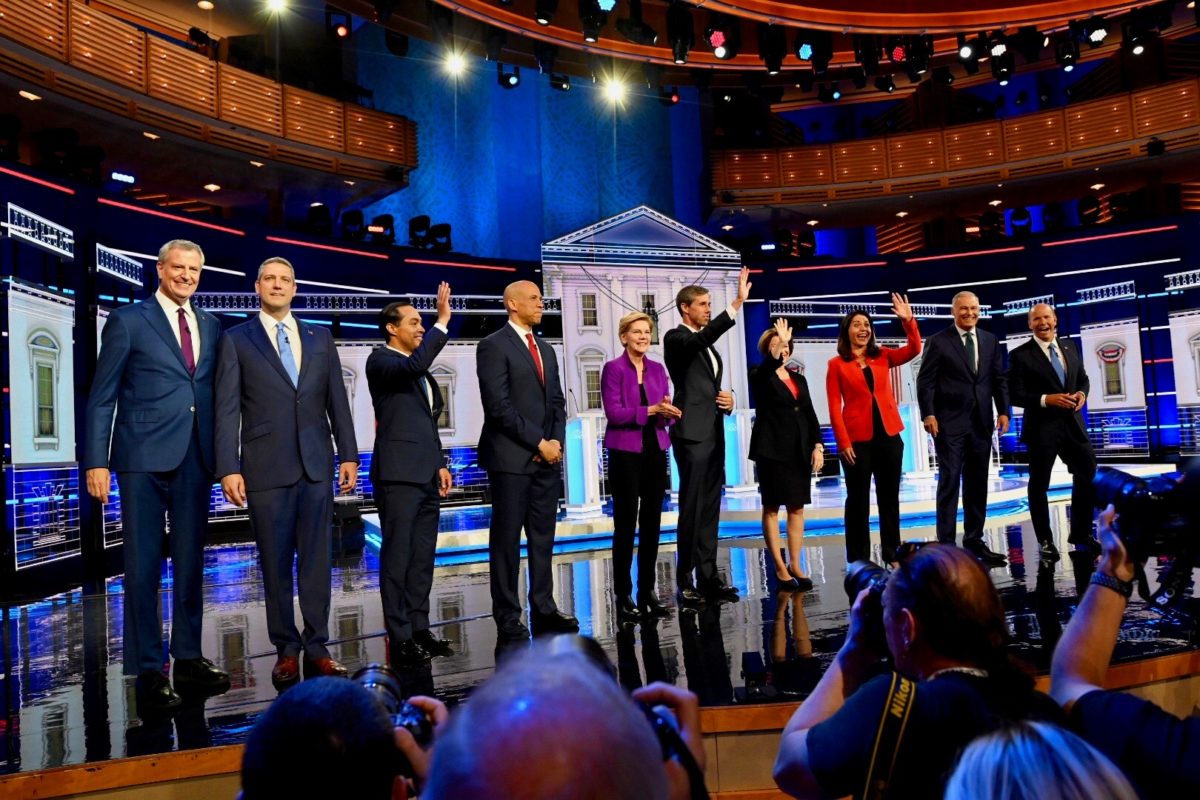 While Israel was not mentioned during the first of the two-night 2020 Democratic primary debates last night, three of the presidential candidates discussed their approaches to the 2015 nuclear deal with Iran.

President Donald Trump withdrew from the deal last year, saying that it was “horrible” and he would work to broker a better agreement.

At the debate last night in Miami, Florida, Senator Cory Booker (D-NJ) said he would not commit to unilaterally rejoin the deal.

“First and foremost, it was a mistake to pull out of that deal,” he said. “And one of the reasons why we are seeing this hostility now is because Donald Trump is marching us toward a far more dangerous situation. Literally, he took us out of a deal that gave us transparency into their nuclear program and pushed back a nuclear breakout 10-20 years, and now we see Iran threatening to go further and we are being pulled further and further into this crisis.”

Booker said an agreement with Iran is necessary, but he can’t yet say if the U.S. should return to the existing deal.

“We need to negotiate and get back into a deal, but I am not going to have a primary platform to say, unilaterally, I am going to rejoin that deal,” he said. “Because when I am president of the U.S., I am going to do the best I can to secure this country and that region, and make sure that if I have the opportunity to leverage a better deal, I am going to do it.”

Sen. Amy Klobuchar (D-MN) said the deal was “imperfect, but it was a good deal for that moment.”

“I would have worked to get longer sunset periods, and that’s something we could negotiate, to get back in the deal. But the point is, Donald Trump told us when he got out of it that he was going to give us a better deal.”

Klobuchar said that Trump did not deliver on his promise.

“He has made us less safe than we were when he became president,” she said. “So what I would do is negotiate us back into that agreement, is stand with our allies, and not give unlimited leverage to China and Russia, which is what he has done.”

Representative Tulsi Gabbard (D-HI) said that the U.S. should rejoin the deal, and work to improve it.

“The United States needs to get back into the Iran nuclear agreement, and we need to negotiate how we can improve it,” she said. “It was an imperfect deal. There are issues, like their missile development, that need to be addressed. We can do both simultaneously to prevent Iran from developing a nuclear weapon and preventing us from going to war.”

The two-hour debate featured the first ten out of the 20 qualifying candidates, who discussed issues ranging from healthcare to gun control, taxes, immigration, abortion and more.

During one of the only other discussions of foreign policy Wednesday night, Former Texas Congressman Beto O’Rourke slammed Trump’s behavior.

“Under this administration, President Trump has alienated our allies and our friends and our alliances,” he said. “He’s diminished our standing in the world and he’s made us weaker as a country, less able to confront challenges, whether it’s Iran or North Korea or Vladimir Putin in Russia, who attacked and invaded our democracy in 2016, and who President Trump has offered another invitation to do the same.”