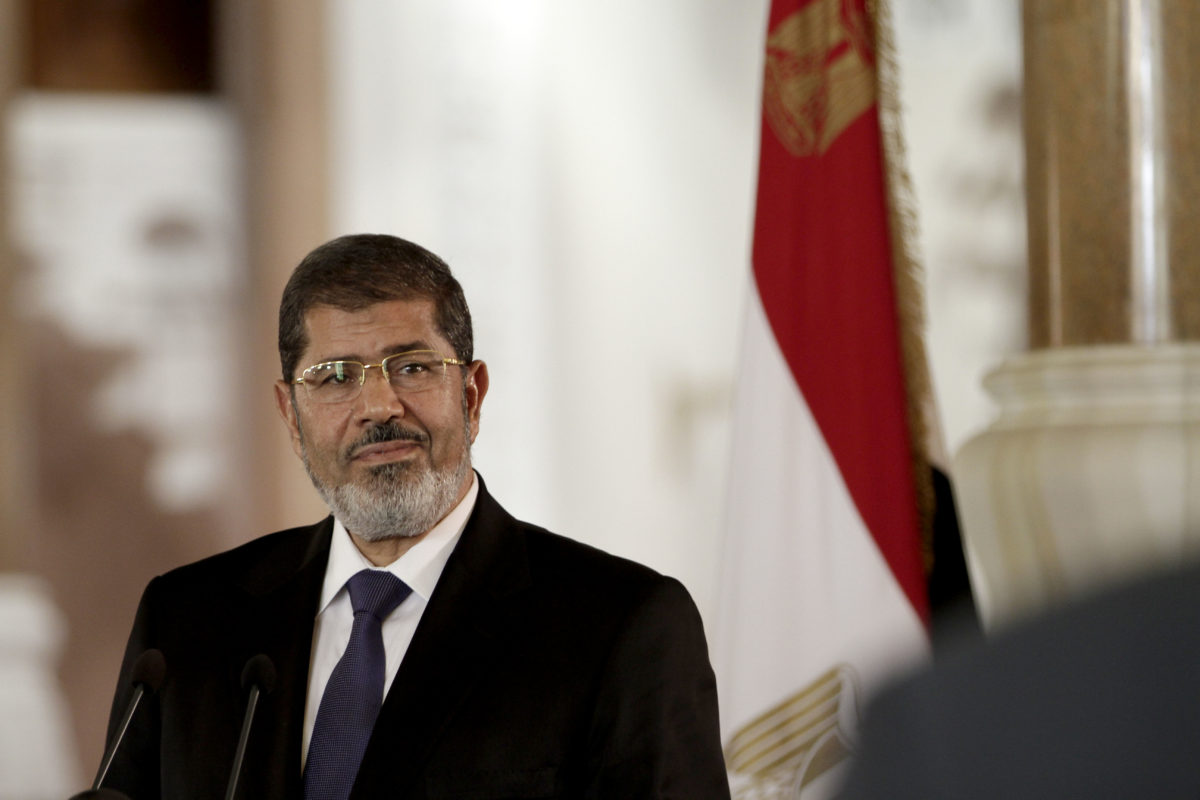 In this Friday, July 13, 2012 photo, Egyptian President Mohammed Morsi speaks to reporters during a joint news conference with Tunisian President Moncef Marzouki, unseen, at the Presidential palace in Cairo, Egypt.

On Monday, former Egyptian President Mohammed Morsi collapsed and died while on trial facing charges of espionage that originate from suspected contacts with Hamas in Gaza, Egypt’s state TV reported.

Morsi was affiliated with the now-outlawed Muslim Brotherhood, and was elected president in 2012 following the deposing of president Hosni Mubarak. He was ousted only a year later and replaced by Abdel Fatehh al-Sisi

WHY IT MATTERS — The sudden death of the ousted Egyptian leader will motivate the Muslim Brotherhood “to look for more ways to fight” the Sisi government, Ambassador Dennis Ross, a former State Department Middle East advisor, told Jewish Insider. “Some in and out of the region will also blame Sisi, focus on repression in Egypt, and remind all that Morsi was elected. They, of course, will not call attention to how he and the Muslim Brotherhood alienated Egyptians, their own oppression, and their submergence of Egypt’s national identity for their preferred Islamist one,” Ross predicted.

Morsi “will be mourned as a martyr, and conspiracy theories surrounding his death will certainly swirl,” Jonathan Schanzer, senior vice president of research at the Foundation for Defense of Democracies (FDD), predicted in an email to Jewish Insider. “But the Brotherhood will remain moribund in Egypt, and it will remain weakened throughout the rest of the region.”