The New York legislator traveled to Israel, the UAE, Bahrain and Morocco with a bipartisan group of senators 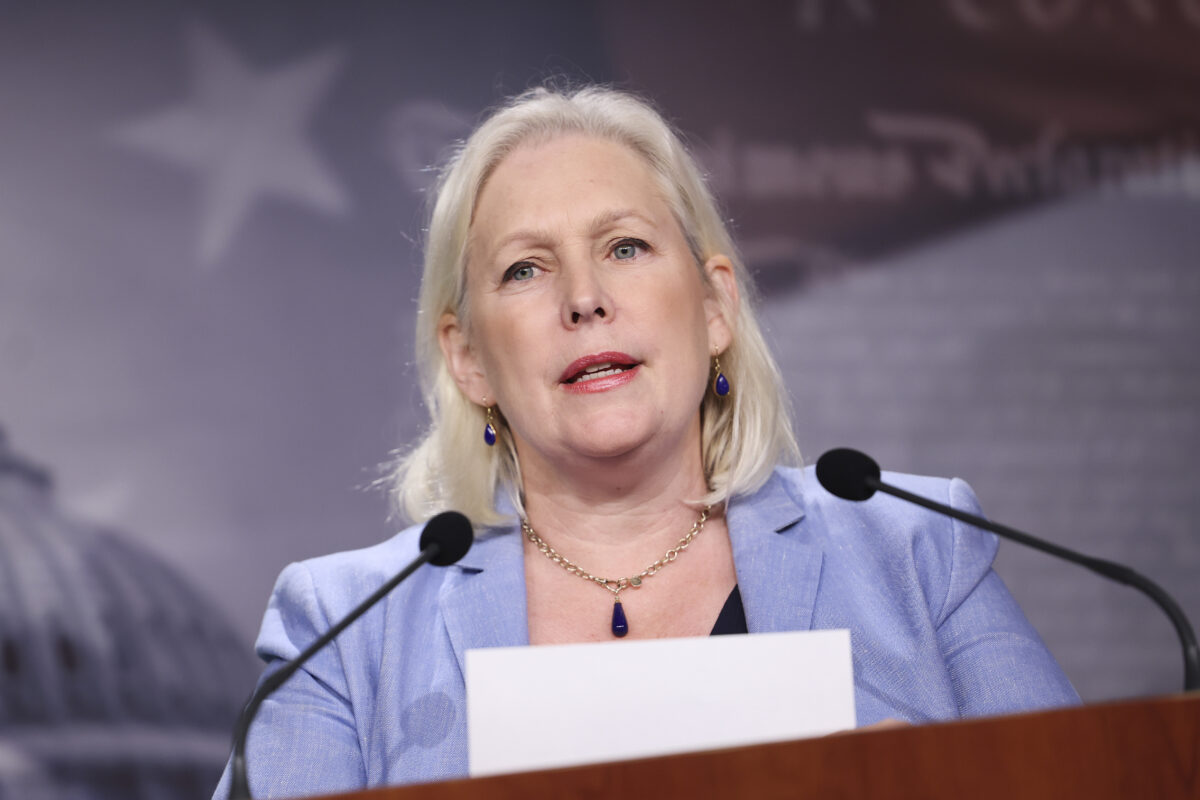 Sen. Kirsten Gillibrand (D-NY) speaks during a press conference at the U.S. Capitol on September 15, 2022, in Washington, D.C.

Sen. Kirsten Gillibrand (D-NY) said she’s “never been more optimistic than today” about the future of peace and cooperation in the Middle East after returning from a congressional delegation last week to Israel, the United Arab Emirates, Bahrain and Morocco.

“This was an extremely positive trip and it’s one where I felt there was far more hope for a long-term peace solution and a long-term regional alliance than ever before,” Gillibrand told Jewish Insider on Monday. “It was probably the most optimistic trip I’ve taken to Israel in the last 10 years.”

The New York senator, who joined Sens. Jacky Rosen (D-NV), James Lankford (R-OK), Michael Bennet (D-CO), Dan Sullivan (R-AK), Mark Kelly (D-AZ) and Ted Budd (R-NC) in the region, said that both Arab and Israeli leaders were “extremely optimistic” about the future of the Abraham Accords and their potential for the region.

She said that each country’s leaders expressed a desire for expanded economic and security cooperation with Israel and the U.S., highlighting in particular the threat of Iran and its proxies.

“[Iran] is a unifying issue,” she said. “And when we met with Prime Minister [Benjamin] Netanyahu, we really reiterated the statements from these [Arab] governments and how their talking points aligned almost exactly with the prime minister’s.”

Israel and Sunni Arab states have generally taken a more hawkish position on Iran than the Biden administration, particularly in opposing nuclear negotiations with Iran. Gillibrand argued that a regional security agreement “could address” the urgent questions related to Iran’s nuclear ambitions and said she’d like to meet with the administration and Biden to discuss the subject.

She said that working to “deepen and strengthen” the Accords “has to be a very significant high priority” for herself and the Senate as well.

Gillibrand added that “you would be blown away” by the existing defense cooperation among the new allies. She cautioned, however, that “we have a lot of work to do” to create a deeper national security alliance between the UAE and the U.S. in particular, given the UAE’s continuing relationship with China, which she said would have to be curtailed.

The New York senator said she has already discussed pathways for expanding collaboration with National Security Advisor Jake Sullivan and U.S. Ambassador to Israel Tom Nides. She also proposed formally bringing Jordan and Egypt into the Abraham Accords and floated the idea of adding Kuwait and Saudi Arabia to the pact — although she said the delegation’s focus was on deepening existing relationships rather than adding new countries to the Accords.

She said that Netanyahu was “extremely optimistic” about the prospect of adding Saudi Arabia to the agreements — “he [said], ‘This is weeks and months away, not years.’”

“From my perspective, I could only imagine some normalization if it was part of a much larger Middle East peace plan that was entirely about regional security, regional economic alliances and a plan to support the Palestinian people as something the Arab countries would put [o]nto the table,” she continued.

Gillibrand described the possibility of expanded Arab support for the Palestinians through the Accords as a potential “game-changer.”

“I think that the real takeaway for me is that what these Arab countries can do for America is to really help stabilize the region, No. 1, and No. 2, support Palestinian well-being,” she said.

Israeli policy with regard to the Palestinians — particularly relating to the status of the Temple Mount in Jerusalem — has already created friction with Jordan and the United Arab Emirates in the first weeks of Netanyahu’s new government.

Gillibrand told JI that Netanyahu “made assurances that his government follows his lead” on Palestinian issues, adding, “I think he was trying to very directly say to us that, despite perspectives of some members of his coalition government, it is his judgment that is relevant.”

The junior New York senator downplayed a report from early in the trip by Axios that Rosen had requested that the delegation not meet with two controversial far-right members of Netanyahu’s coalition government, ministers Itamar Ben-Gvir and Bezalel Smotrich. The group met with Opposition Leader and former Prime Minister Yair Lapid, President Isaac Herzog and Defense Minister Yoav Gallant in addition to Netanyahu.

Gillibrand said that the group “never planned to meet with other parties within the government,” that “wasn’t part of what our goals were” and such meetings “would not have been on our agenda regardless.”

Rosen largely sidestepped the issue during a CNN interview last night, emphasizing that they spoke with “all the high-level officials” in Israel and “were quite firm… about not doing anything that would change the status quo and that would impede the process of a negotiated two-state solution.”

Lankford, asked on CNN if he had concerns about Ben Gvir and others in the coalition, responded that the members were elected by the Israeli people. “The United States continues to be able to stand with Israel regardless” of who is in the government, he said, also alluding to “frank conversations… privately” with officials from each of the Abraham Accords countries about points of concern in each country.

“Everything that we were focused in on is how do we continue to advance the Abraham Accords,” he added.