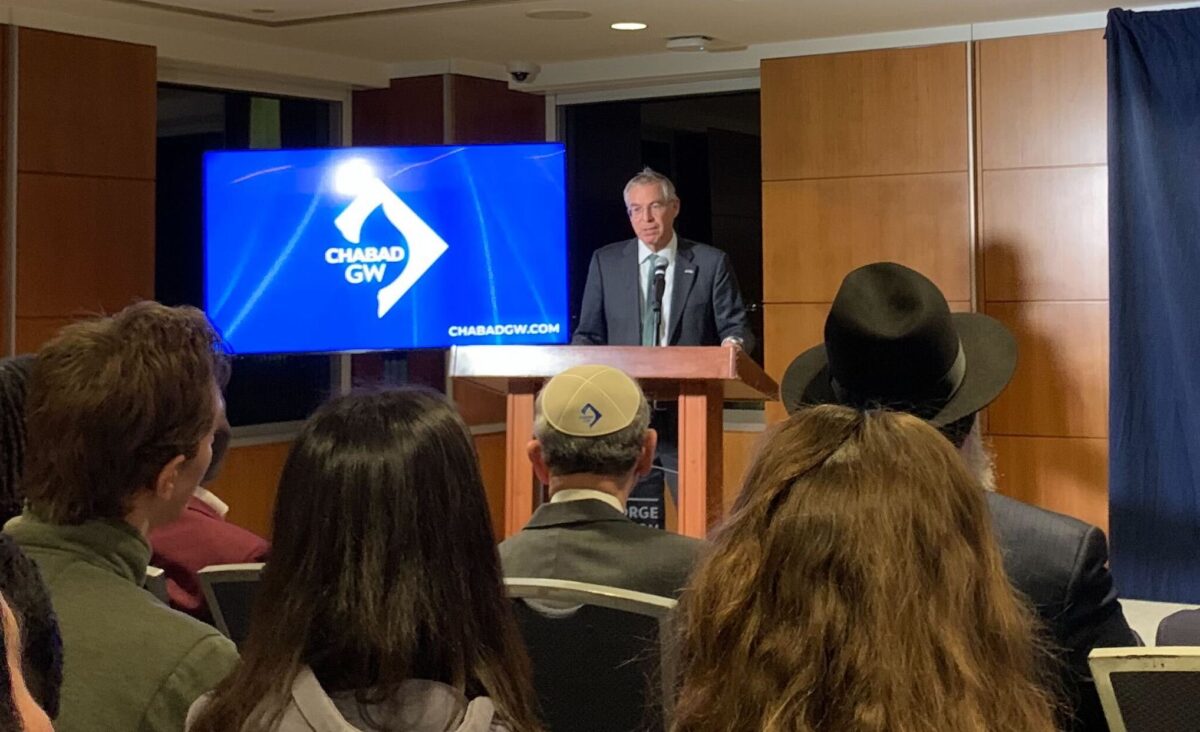 In some of his first public remarks about the new Israeli government that is in the process of being formed, Israeli Ambassador to the U.S. Michael Herzog urged an audience of Washington, D.C., college students to assess Israel’s incoming government based on the actions it takes, rather than the past inflammatory statements and histories of some of the far-right members who are expected to hold key positions.

Herzog was appointed by the outgoing coalition government, but is expected to stay in his position under the new government, which will be led by former Prime Minister Benjamin Netanyahu.

“The government should not be defined by the more extreme edges of the body politic in Israel,” Herzog continued. “Much the same, I can point to some elements in American politics that are highly problematic, but I don’t look at them as defining the whole political system of the United States.”

The Israeli ambassador also noted that the rise of right-wing parties is far from unique to Israel, pointing to trends across Europe.

Despite disruptions at other Israel-related events held on GW’s campus in the past and a vocal anti-Israel activist contingent on campus, there were no visible protests or disruptions at the venue on Wednesday. Over 100 attendees, including students from GW and other Washington-area universities, were in attendance.

GW’s student and faculty leadership both showed up to offer their support for the event; university President Mark Wrighton and Student Association President Christian Zidouemba both delivered introductory remarks.

“These discussions are extremely important to our university and contribute to the educational experience,” Wrighton said. “This event is an example of how we can learn together. This university has a long history of supporting a diverse and inclusive community, and fostering civil discourse and exchange of ideas on very challenging issues.”

Herzog, addressing rising antisemitism on U.S. college campuses, said he’s hoping to bring together university presidents to “adopt together some kind of a codex” regarding permissible and impermissible speech on campuses, with principles including: banning discrimination; tolerance of others and other opinions; and freedom of speech for speakers as well as those who seek to disrupt them.

“I think if all presidents of universities adopt such a codex, I think it will go a long way towards addressing this phenomenon on campuses,” Herzog said. He also said that he has recommended that the Israeli government better educate Israelis about the rising antisemitism on campuses in the U.S. and work to bring more Israelis to speak on U.S. campuses to provide an accurate picture of what Israel is like.

Herzog also remarked on the “irony” of a pattern of  growing efforts to delegitimize Israel  in the West in parallel with rising acceptance of Israel in the Middle East.

Discussing the ongoing protests against the Iranian regime, Herzog predicted that the breach between the Iranian regime and the Iranian people is “unbridgeable, and it will deepen,” and will result in the fall of the regime in the long term, even if the current protests go quiet.