The meeting included lawmakers and representatives of multiple executive agencies 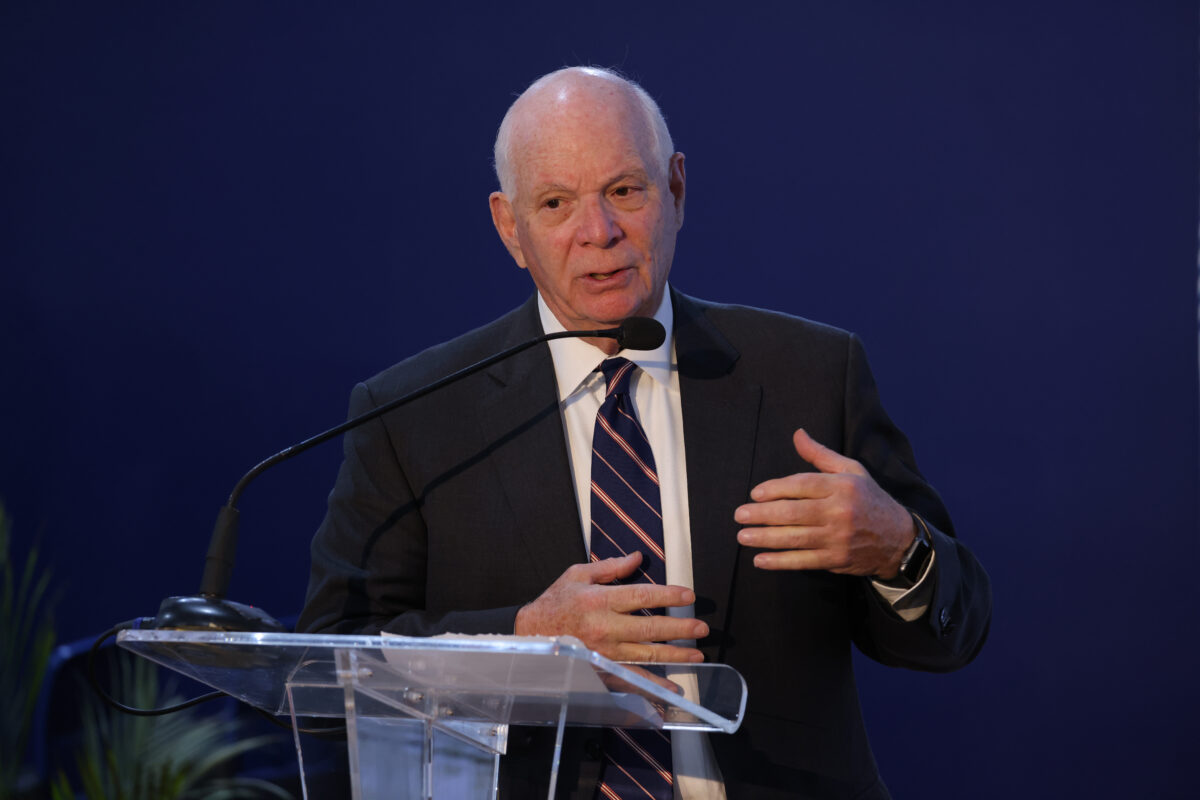 According to a readout issued by Cardin’s office, “there was clear consensus, based on data from law enforcement and polling that the number of antisemitic incidents has been rising at an alarming rate.”

The meeting was focused on improving communication within the government and with civil society organizations, “and attendees expressed a willingness to make that happen,” the summary states.

“It was vital at this time, with so many blatant antisemitic incidents and public celebrity rants, that we bring together this group of professionals who are dealing with this issue daily,” Cardin said. “We can and should be doing more. A unified, national strategy on countering antisemitism is needed. While finding the proper balance between protecting free speech and protecting Americans from harm, we need to up our game, rebuild coalitions with other groups that have been the target of hate-based violence, and institutionalize coordination that counters antisemitism wherever it is found.”

Veasey, a member of the Helsinki Commission and a co-chair of the House Bipartisan Task force for Combating Antisemitism, said in a statement to JI that the meeting was especially relevant “in the wake of former President Trump’s meetings with white nationalists.”

“It’s imperative that we continue to discuss this issue consistently, and we must not allow antisemitism to become mainstream or a partisan issue,” he continued.

Veasey said the group had “discussed support for President Biden’s recent comments regarding a whole-of-society approach towards combatting antisemitism and better coordination across governments and agencies.”

Rosen told JI, “We have a responsibility to do everything we can to combat antisemitism in all of its forms, and I was glad to be a part of this conversation as we work to develop a unified strategy to tackle the alarming rise of antisemitic incidents.”

“ADL is grateful for the steps Congress and the Administration have already taken to combat antisemitism, but greater coordination across departments and a more intentional national strategy are necessary to address this threat,” Selim said. “We appreciate Senator Cardin taking the important step of convening a roundtable discussion with relevant federal agencies to discuss best practices, including focusing on interagency and NGO coordination, and welcomed the opportunity to share proposed initiatives from ADL’s COMBAT Plan to fight antisemitism.”

In a statement, AJC said the meeting “was a critical convening of government and civil society at a time when antisemitism — which, at its roots is a threat to our democracy — has become more mainstream in America.”

“AJC is appreciative of the strong efforts already taken by Congress and the Biden administration. We continue to advocate for a whole-of-government approach to tackle this current surge in Jew hate,” the statement continued.