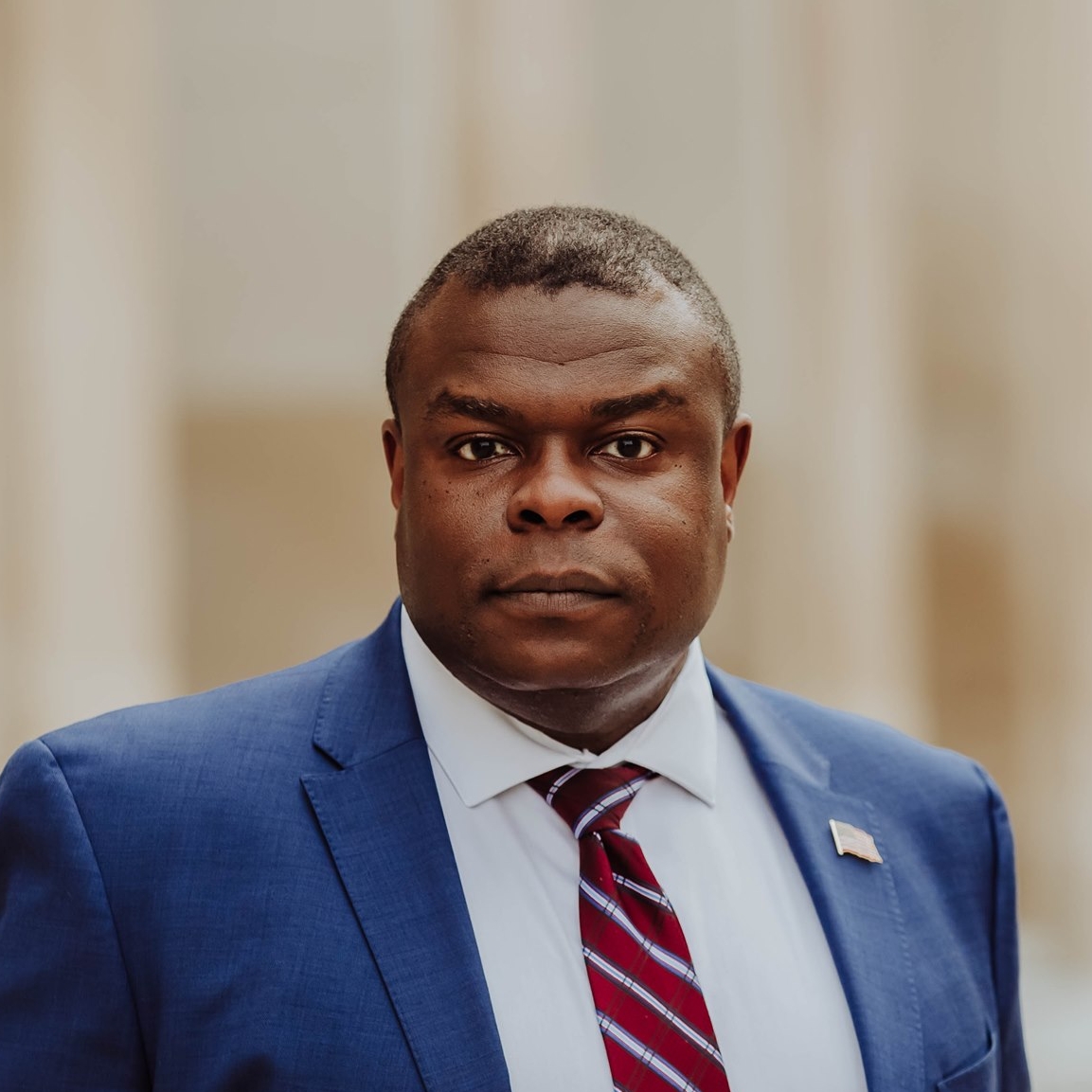 John Gibbs, the Republican candidate for Michigan’s 3rd Congressional District, once embraced a left-leaning stance on policing, railing against corrupt police officers who are protected by “the good ol’ boys network [that] would cover his tracks and look the other way” and highlighting statistics indicating police bias against Black people.

On public school vouchers, Gibbs rejected the school choice argument, saying, “We should be using our resources to fix these schools that people are running away from, rather than running away from the problem altogether.”

And on immigration, Gibbs argued it would be “ethically wrong” to return immigrants to “any… communist country which refuses to recognize basic inalienable rights.”

Gibbs, now a staunch supporter of former President Donald Trump, published those positions — which are at odds with GOP orthodoxy and his own views today — as a college student at Stanford University some 20 years ago, in articles and online posts discovered by Jewish Insider.

These days, Gibbs aligns with the pro-Trump wing of the Republican Party. He successfully primaried moderate Rep. Peter Meijer (R-MI) from the freshman congressman’s right, with some support coming from Democratic-aligned groups who viewed him as easier to beat in the general election against Democrat Hillary Scholten.

Gibbs appears to have been active on Google Groups forums around the summer of 1998, when he was a rising university sophomore, using an account under his own name linked to his Stanford University email address. Gibbs’ politics in these posts differ greatly from his current positions on hot-button issues.

In one conversation, Gibbs highlighted statistics indicating systemic police biases against people of color, emphasizing, “it is a statistical fact that police pull over people of color more than whites… and, these pull-overs are not justified because someone’s statistic says that minorities commit more crimes.”

He also argued that police officers who break the law are protected by “the good ol’ boys network [that] would cover his tracks and look the other way.”

On his campaign website, Gibbs now calls for a “return to evidence-based, time-tested solutions proven to reduce crime, no matter how much the woke mob protests.”

“Even though black Americans are only 13 percent of the population, they sadly commit more than 50 percent of all murders; the numbers are similar for almost all other types of crime as well,” he wrote on his campaign site.

In a statement to JI, Gibbs did not specifically address any of his past comments.

“It is no surprise that the media and Democrats are scraping the bottom of the barrel in an attempt to distract voters days out from an election. They tried this once before and it didn’t work,” Gibbs said in a statement. “This election is about rising prices at the gas pump and grocery store, rising crime, and our open borders. Hillary Scholten will continue the policies that led to these issues, while I will advocate for policies to lower prices, stop crime, and keep our borders secure. I won’t let these baseless attacks distract me from a victory on Tuesday.”

“I oppose these vouchers because they seem to sweep the problem under the rug, rather than address it directly. ‘Let all of the have’s get the he** outta here, and let all those have-not’s rot in their own he**?’” Gibbs wrote. “I don’t buy into this idea. Sometimes it takes an act of compassion to help those who apparently cannot help themselves. We should be using our resources to fix these schools that people are running away from, rather than running away from the problem altogether.”

Gibbs now supports school choice, arguing on his campaign website that, “School choice should be encouraged in order to empower parents and increase innovation through competition. Education funding should follow students, rather than automatically feeding into the bureaucracy.”

In an opinion piece for The Stanford Review in 2000, a student newspaper founded by right-wing billionaire and political donor Peter Thiel, Gibbs offers a more permissive proposal on immigration policy than the more restrictive one he now embraces as a congressional candidate.

Gibbs argued that Elian Gonazlez, who was the subject of an immigration dispute between the U.S. and Cuba — and was ultimately returned to Cuba — should not be returned to his birth country, going on to propose a widely permissive immigration policy for those fleeing nondemocratic regimes. Gibbs’ views on the Gonzalez case were in line with the views of many conservatives at the time.

“It is… ethically wrong for the United States to return Elian Gonzalez to Cuba, since his freedom to pursue happiness would be much, much less there than it would be in the United States,” Gibbs wrote. “This argument not only applies to Cuba, but would be identical if Elian were from North Korea, China, or any other communist country which refuses to recognize basic inalienable rights.”

On his campaign site, Gibbs argues that immigration “is now being weaponized as a political tool by the left in order to replenish their voter base, and as a labor exploitation tool by special interests in order to suppress wages.” He also now says that “only those willing to adapt to our culture, customs and language may be allowed to join us, and it must be continually incumbent upon those already here to do so.”

JI obtained Gibbs’ Stanford Review writings as scanned PDFs from Stanford’s archives. According to a financial disclosure report filed with the House Clerk, Gibbs took a $31,000 salary from Thiel Capital in 2021, although Thiel has not been a major booster of his congressional campaign.

Gibbs’ earlier reactionary views on women have also been scrutinized on the campaign trail following a CNN report on the Society for the Critique of Feminism, a “think tank” Gibbs founded at Stanford, through which he argued in favor of a male-dominated society and against women’s participation in the workplace and women’s suffrage. Gibbs and his campaign have claimed these comments were satirical.

In a 2001 piece for The Stanford Review, Gibbs expressed scorn for the idea that mothers could effectively perform in full-time jobs, dismissing the idea of institutional gender discrimination or a gender pay gap in examining a study of Massachusetts Institute of Technology’s engineering department.

“If many female faculty members earn less than male faculty members, it is because their family obligations cause them to spend less time doing the things that make one’s salary increase,” Gibbs wrote. “It isn’t discrimination to allocate a different amount of resources to someone who is in the lab 75% of the time that everyone else is, or to someone who frequently takes leave to take care of children.”

In high school and college, Gibbs appears to have operated a personal website hosted by Michigan State University. Although Gibbs was not a Michigan State student, the biographical details on the site describe him as a Lansing, Mich., high school student graduating in 1997 and going on to attend Stanford for a computer science degree with an interest in Japanese, all of which aligns with Gibbs’ background. The email contact button on the website links to Gibbs’ Stanford student email. A resume on the website states that he took a programming class at Michigan State while in high school and a biography page states that Gibbs performed in Michigan State’s jazz band.

In addition to his eponymous account, Gibbs appears to have used the screen name Yatsu — which translates from Japanese as “guy” — in conversations on Google Groups, where the screen name frequently appears linked to his Michigan State account and a corresponding Geocities email.

Other details of the Yatsu Google Groups posts also corroborate the connection to Gibbs. Some Yatsu posts, linked to the same Geocities email but not connected to the Michigan State account, are linked to a stanford.edu web address. Yatsu also occasionally referenced Michigan.

On his Michigan State personal website, Gibbs linked to the Chauvinist Corner, a misogynistic blog that lambasted feminism as a “sickness” and a precursor to the downfall of civilizations and frequently argued that women should not be present in the workplace.

Gibbs appears to have written to the Chauvinist Corner twice in late 1997 as Yatsu, using the Geocities email linked to the Yatsu account on Google Groups. Messages of support from Yatsu, declaring his agreement with the site’s content, were shared on a “letters of support” page on the site.

Prior to and concurrent with the timing of these messages, the Chauvinist Corner described women as “sex objects”; argued that “male chauvinism is necessary for a strong nation”; wrote that “having women in the workforce is suicidal to America”; asserted that sexual harassment lawsuits are a reflection of “a woman who could not take care of herself in the workplace” and that women are “helpless” and “too fragile to be at work”; and called women in the military “a constant source of sexual distraction.”

Gibbs’ Society for the Critique of Feminism website espoused similar views on issues including working women, sexual harassment lawsuits and women in the military.

On another page, the Chauvinist Corner’s writing parallels Gibbs’ Stanford Review column, arguing that women miss work more often than men due to childcare responsibilities, and that they should thus be paid less.

Subsequent to Gibbs’ correspondence, the author of the Chauvinist Corner, Alpin MacLaren, went on to express openly white nationalist and antisemitic views, including blaming Israel and the Jews for 9/11, expressing sympathy for Holocaust revisionism and advocating for restoring segregation, as well as linking to the text of Adolf Hitler’s manifesto Mein Kampf on a newer website.