A new poll shows Glenn Ivey ahead of former Rep. Donna Edwards by five percentage points, a reversal from an early May poll that showed Edwards leading by 13 points 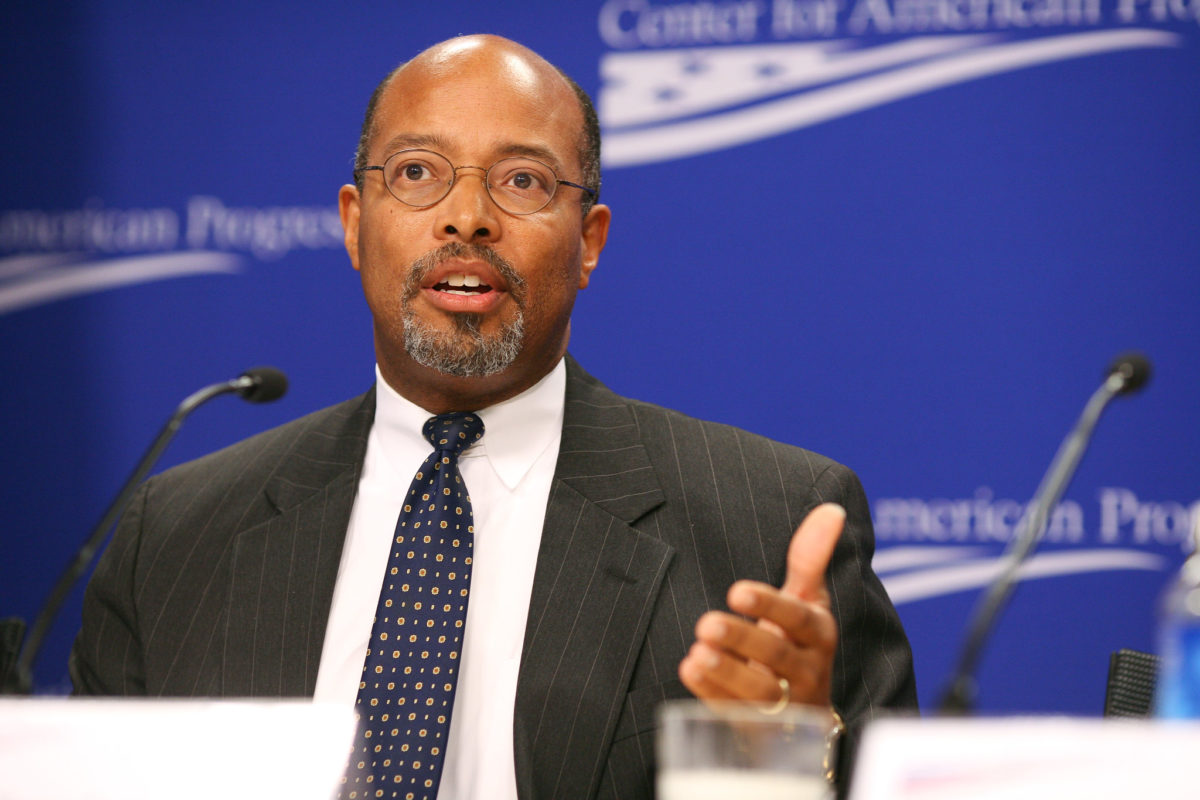 In the final weeks before the heated Democratic primary in Maryland’s 4th Congressional District, former Prince George’s County state’s attorney Glenn Ivey appears to have closed the gap between himself and former Rep. Donna Edwards, with a poll obtained by Jewish Insider showing Ivey leading the former congresswoman by five percentage points.

The League of Conservation Voters (LCV) Victory Fund, a super PAC that has pledged to spend $550,000 in support of Edwards, recently paid Change Research $12,900 for polling, according to filings submitted to the Federal Election Commission. The group described the disbursement as supporting Edwards. The Change Research poll paid for by LCV Victory Fund is the only polling on the race that has been paid for by an interest group.

An LCV spokesperson declined to comment on the poll.

The poll of 586 likely primary voters was conducted between June 2 and 8, with a margin of error of 4.5%.

An earlier poll, conducted for the Edwards campaign in May, showed the former congresswoman leading Ivey by 13 points, with 31% of likely primary voters backing Edwards and 18% supporting Ivey.

After likely voters were provided more information on the candidates’ backgrounds, as well as criticisms that have been leveled against each of them, Ivey still led Edwards by five percentage points in the more recent poll, with 27% of those surveyed backing Ivey after learning more, and 22% backing Edwards.

Roughly one-third of voters remain undecided, and 41% said they may switch their vote to another candidate.

Outside spending for the July 19 primary has surpassed $3 million, all of which was spent after the poll was conducted. The bulk of that money — more than $2.5 million — has come from United Democracy Project, a super PAC that opposes Edwards and is affiliated with AIPAC. The pro-Israel lobby’s political action committee has endorsed Ivey’s campaign. J Street, which also backed Edwards in her previous campaigns, has so far spent nearly $200,000 in support of her.

Poll respondents were asked several questions related to Israel. After hearing that some members of the Maryland Jewish community were critical of Edwards’ approach to Israel during her previous stint in Congress, 78% of voters said the statement troubled them, while 22% said they agreed with it.