Mnuchin: U.S. stance toward Ukraine could reverberate in Mideast, Iran

At Milken Conference, the former U.S. treasury secretary argued that the U.S. has a responsibility to Ukraine after helping it disarm in the 1990s 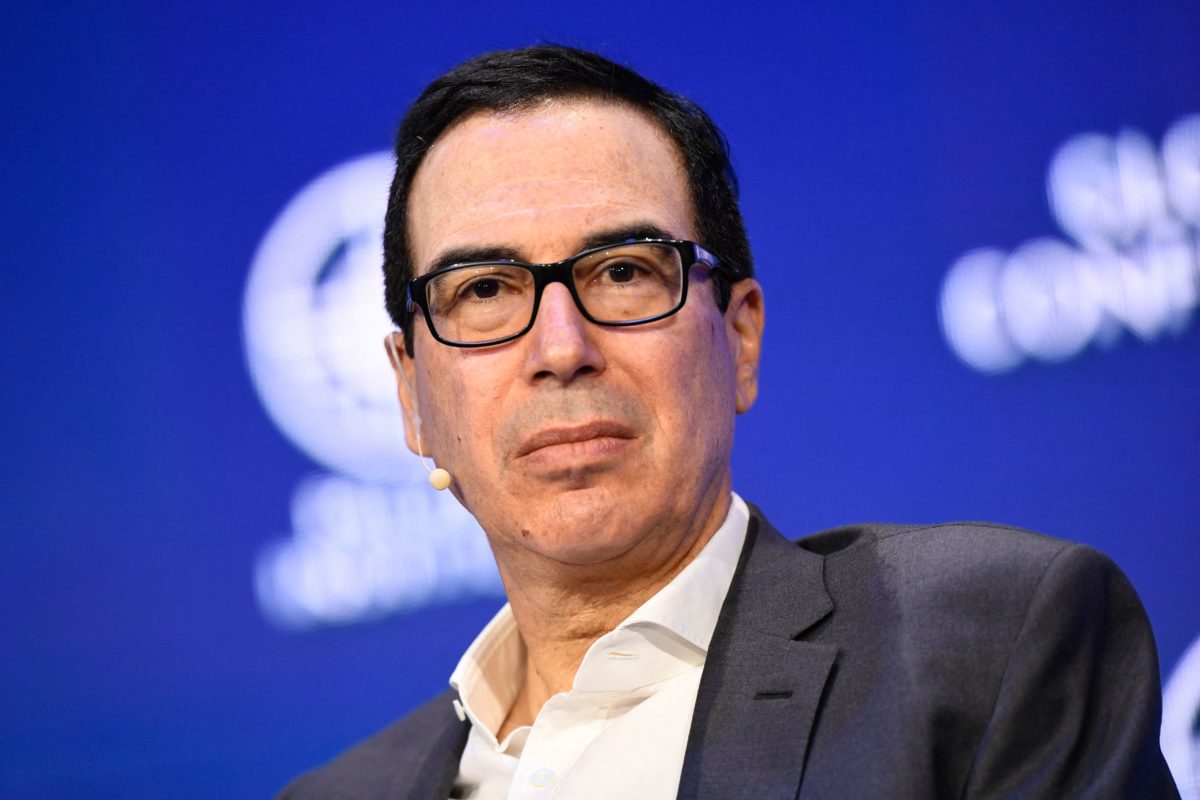 LOS ANGELES — Washington’s approach toward Ukraine could reverberate in its dealings with Iran and in relationships with Middle East nations, former U.S. Treasury Secretary Steven Mnuchin said on Tuesday at the Milken Institute Global Conference here.

Washington’s decision not to more strongly come to Ukraine’s aid militarily when the U.S. urged Ukraine to abandon its nuclear weapons three decades ago, Mnuchin argued, could send signals that the U.S. will not honor its nuclear commitments as it works toward a nuclear-free Iran.

“Ukraine had the third-largest arsenal of nuclear weapons, and post the Cold War, there was an agreement entered into to dismantle those nuclear weapons, signed by the United States, the U.K. and Russia, effectively guaranteeing the borders,” Mnuchin told a packed crowd at a morning panel about the Russia-Ukraine conflict. Soviet nuclear warheads were located in Ukraine’s territory when the Soviet Union broke up, but Ukraine did not control its own independent arsenal. In 1994, as part of the Non-Proliferation Treaty, Ukraine got rid of those warheads.

Mnuchin also urged Washington to repair strained ties with Middle East allies and with nations that could help pressure Russian President Vladimir Putin to end the conflict, such as China.

“We can’t make this about autocracy versus democracy, or philosophical,” said Mnuchin. “We need to make this about, we believe in a rules-based system, and we need to rebuild the relationships in the Mideast. They are important. There are regional issues there as it relates to Iran and others that we haven’t been focused on.”

Mnuchin was joined on the panel by Rep. Victoria Spartz (R-IN), who grew up in Ukraine. She urged the Biden administration to take a stronger position on Ukraine, arguing that sanctioning Russian energy might lead to higher oil prices, but for a brief period of time — and that her constituents can handle it.

“Do you want to have a shorter pain, maybe deeper, or do you want to have a prolonged pain for a long time? The economy is very strong. We can clean it up,” said Spartz. “Good energy policy can resolve this issue much faster than people even realize.”