Erdan: Ground operation in Gaza was alternative to strike that hit AP offices

Israel would 'have no other choice but to initiate a ground operation' if Hamas had built a system to disable the Iron Dome, the ambassador said 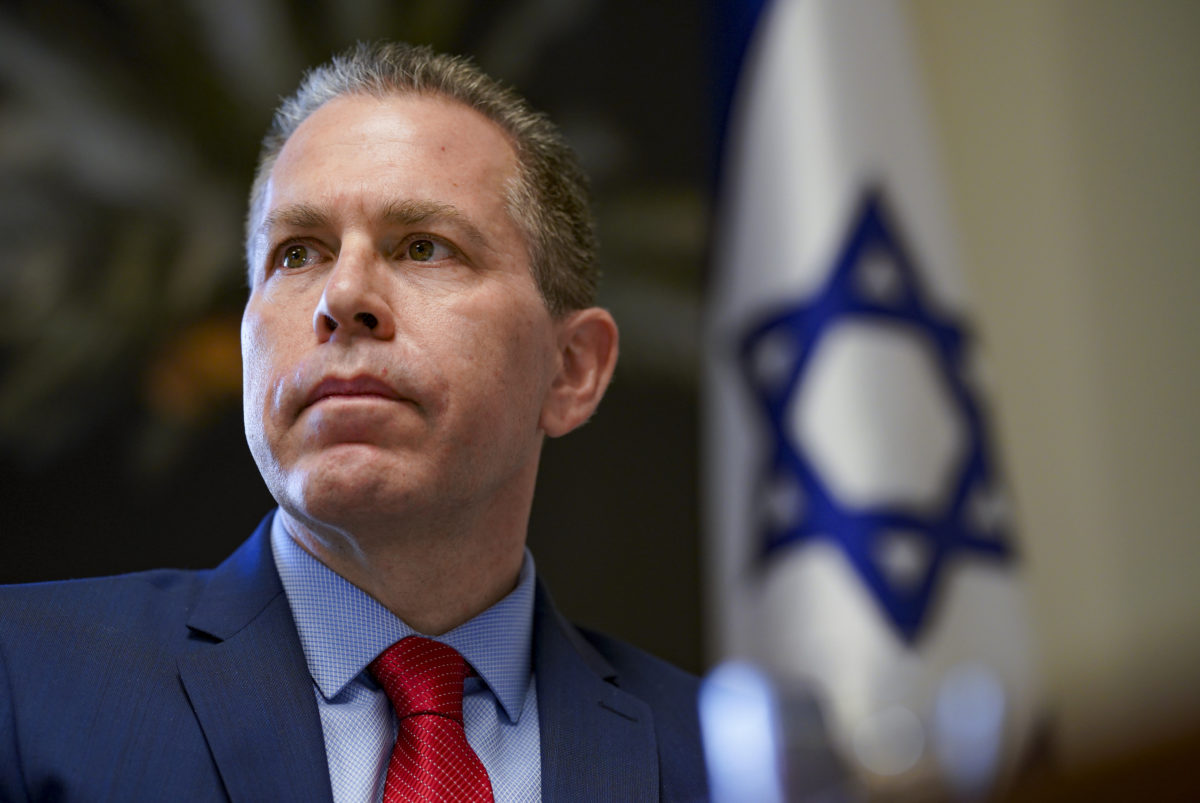 Israeli Ambassador to the US and UN Gilad Erdan in his office at the Embassy of Israel to the United States on January 22, 2021 in Washington, DC.

Israeli Ambassador to the U.S. and U.N. Gilad Erdan said on Wednesday that Israel sought to avoid a ground invasion in Gaza when it struck a building housing press offices during last month’s conflict with Hamas. “Hamas placed a secret unit that developed technologies that were aimed to jam the capabilities of our Iron Dome [in the building], and if we hadn’t knocked down this building… they would jam the Iron Dome capabilities, where you will have no other choice but to initiate a ground operation,” Erdan said during a virtual event hosted by Democratic Majority for Israel.

Erdan said that in a ground operation, “many more civilians would pay with their own lives.” The airstrike on the building housing the Associated Press’ Gaza office, he said, was Israel’s best option to reduce collateral damage.

The comments follow international criticism that the airstrike was an attack on the press, orchestrated to intimidate journalists covering life in Gaza. Israel maintains the strike was targeted at Hamas operatives working within the building, and claimed it shared intelligence with American officials justifying the attack.

The al-Jalaa tower was a 12-story building located in Gaza City, which housed residential apartments in addition to media offices, and was destroyed on the sixth day of the 11-day May conflict. AP journalists and other civilians were provided a warning by the Israeli Defense Forces to evacuate the building before the bombing occurred.

U.S. Secretary of State Tony Blinken said in the days after the strike that he had not reviewed evidence corroborating Erdan’s claims, and has not commented about the Israeli intelligence since then. White House Press Secretary Jen Psaki evaded reporters’ questions about whether the administration had seen evidence justifying the attack.

The ambassador’s explanation follows a meeting with AP executives, including President and CEO Gary Pruitt, in which Erdan said that Hamas was developing an electronic jamming system to undermine Israel’s Iron Dome missile-defense technology.

During his virtual appearance on Wednesday, Erdan touted his country’s diplomatic achievements with a number of Arab nations. He praised the U.S. for its role in forging the Trump administration-brokered 2020 agreements and revealed that the Israeli government “formed a framework with the [U.S.] administration to expand the agreement.”

“We’re having discussions almost every week [with the U.S.], trying to identify other potential Muslim countries that might be able to normalize relations with Israel,” Erdan added.