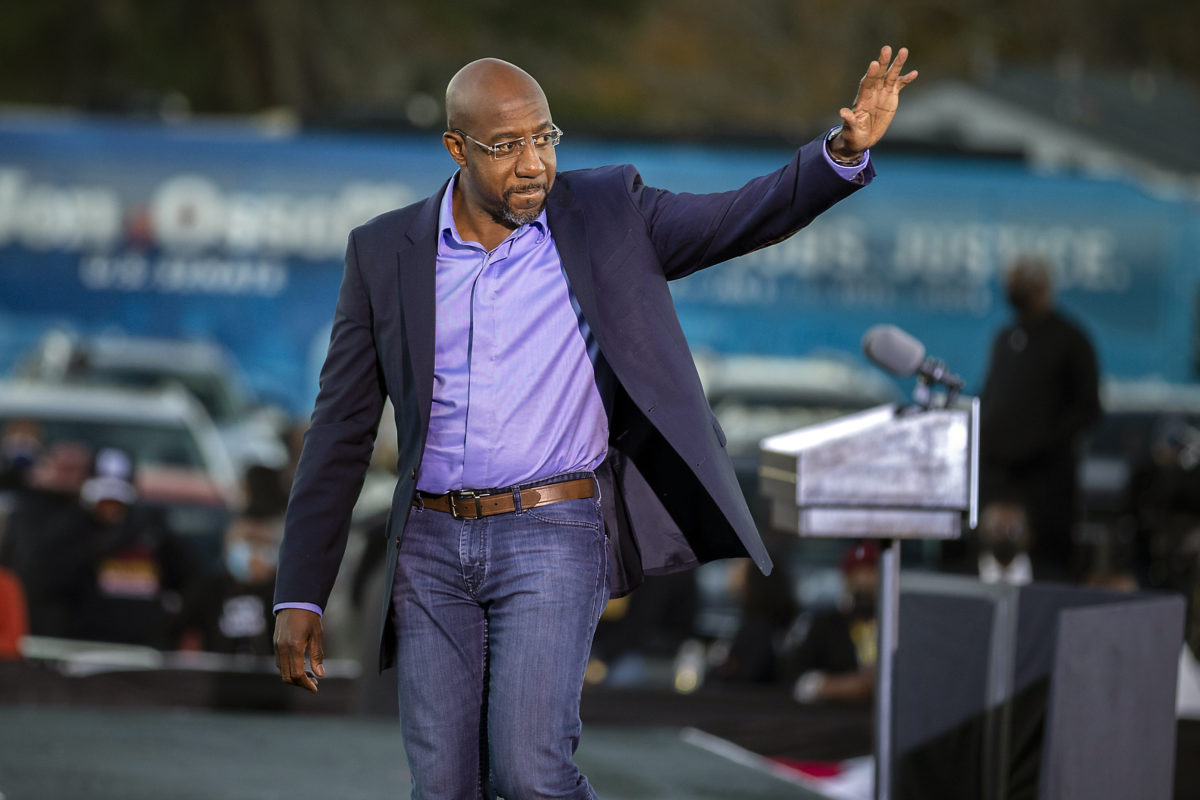 Rev. Raphael Warnock waves to the crowd as he leaves the stage during a drive-in rally, Sunday, Jan. 3, 2021, in Savannah, Ga.

“I think Abraham Joshua Heschel, the rabbi who said when he marched with Dr. King he felt like his legs were praying, I think he and Dr. King are smiling in this moment and we hope to make them proud,” Warnock said on CNN.

Heschel was a Polish-born rabbi, theologian and philosopher who was active in the civil rights movement. In 1965, he led a protest march alongside other civil rights leaders, including King, from Selma to Montgomery, Ala.

News outlets have yet to call the race between Democrat Jon Ossoff, who is Jewish, and Sen. David Perdue (R-GA), but Ossoff currently leads, and prominent election analysts expect him to win the race.

As both Democrats pulled ahead in their respective races Tuesday night, political observers drew parallels between Warnock and Ossoff’s cooperation and the Jewish community’s involvement in the civil rights movement.

Warnock characterized the results of Tuesday’s runoff as a triumph over hate and division.

“We’re sending an African-American man, the pastor of Ebenezer Baptist Church… and Jon Ossoff, a young Jewish man, the son of an immigrant… to the United States Senate in this moment in which, for years now, we’ve seen an emergence of those forces that would seek to divide us,” Warnock said.