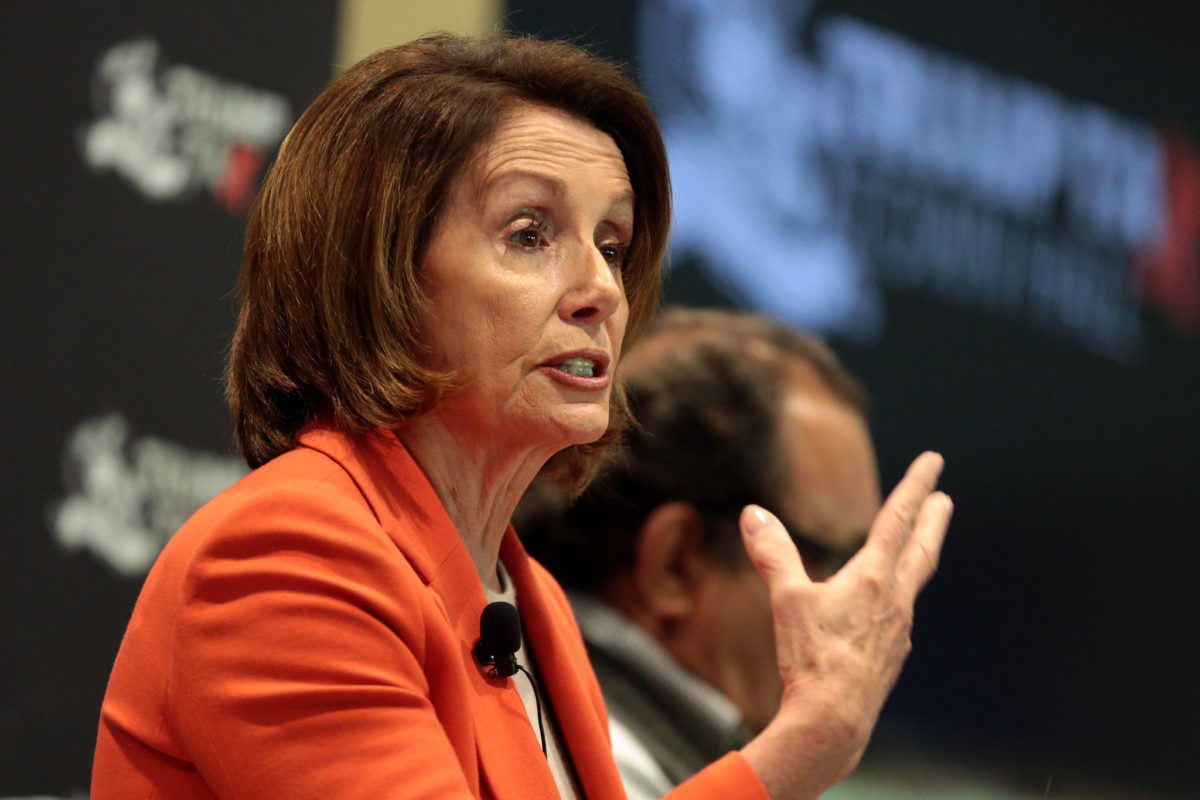 Nancy Pelosi speaking with attendees at a Trump Tax Town Hall hosted by Tax March at Events on Jackson in Phoenix, Arizona.

House Speaker Nancy Pelosi (D-CA) focused at length on Robert Keith Packer, who was pictured wearing a “Camp Auschwitz” sweatshirt at last week’s riot on Capitol Hill, during a press conference Friday discussing the need for a thorough review of security at the Capitol.

Pelosi said Packer, who was arrested earlier this week after being identified in a photograph taken outside Pelosi’s office wearing a sweatshirt with the slogans “Camp Auschwitz” and “Work Brings Freedom” during the riot, stood out to her among “so many disgusting images” from the day.

The House speaker reflected on the congressional delegation she led last year to Yad Vashem and the Auschwitz Memorial. “Probably one of the most transformative national security visits we have made,” Pelosi said. “To see the dehumanizing of people that was perpetrated there was so, so overwhelming.”

“To see this punk with that shirt on and his antisemitism, that he has bragged about, to be part of a white [supremacist] raid on this Capitol, requires us to have an after-action review to assign responsibility to those who were part of organizing it and incentivizing it,” Pelosi continued in a raised voice.

Pelosi announced that she had tapped retired Gen. Russel Honoré, who led the Hurricane Katrina relief task force, to lead a review of Capitol security procedures. She also expressed support for an outside commission, similar the 9/11 Commission, to investigate the attack — a proposal that has garnered bipartisan support on the Hill during the past week.

The California Democrat did not specify when the House plans to transmit the article of impeachment to the Senate, which will kickstart a Senate trial. The Senate will convene on Jan. 19, but some House Democrats have advocated holding back the articles of impeachment until after the Senate has acted on some of President-elect Joe Biden’s national security nominations.