Israeli leaders welcomed the DOJ decision, as others cautioned the Israeli public against turning the convicted spy into a hero 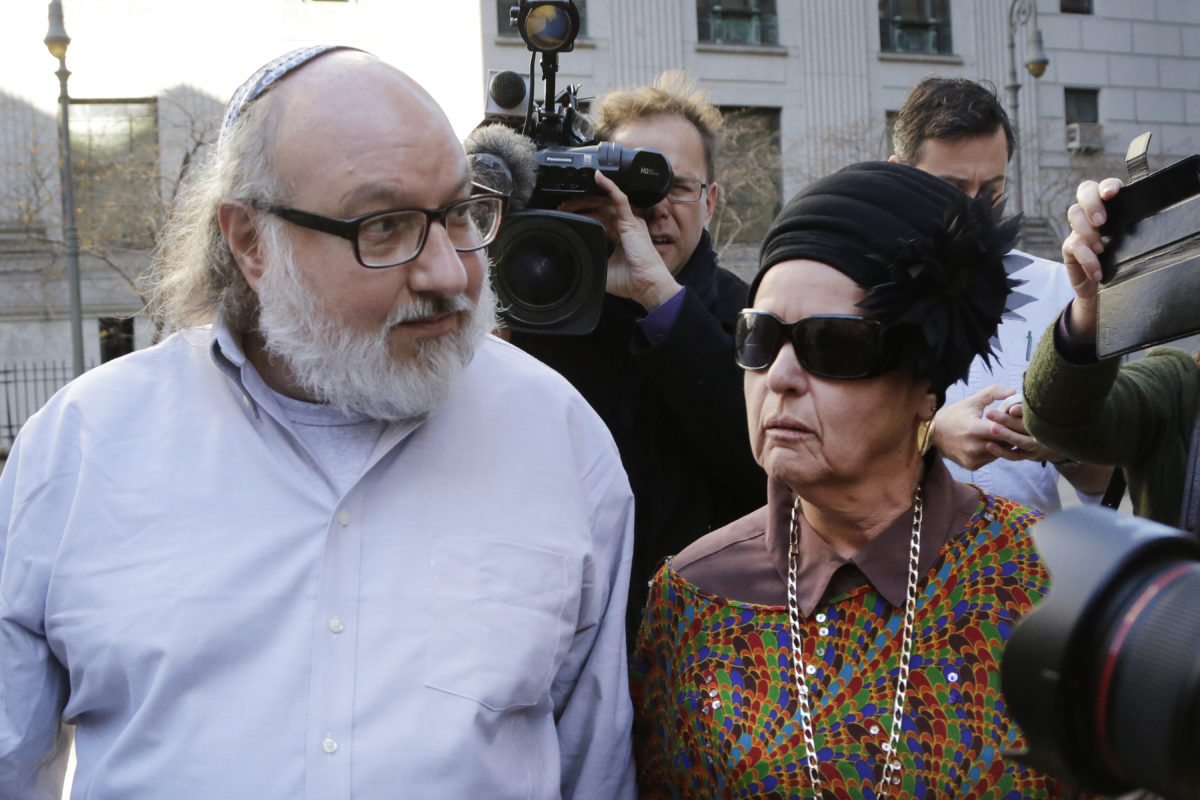 Pollard, 66, who was convicted over three decades ago on charges of spying for the Jewish state, was released on parole in 2015 and, after completing five years of supervision, is now allowed to travel internationally, including to Israel.

In 2018, the Justice Department rejected a formal Israeli request to allow Pollard to move to Israel. Last year, Pollard asked the Trump administration to end the restriction so he could both assist his wife, Esther, who was traveling to Israel for cancer treatment, and fulfill a longtime dream of immigrating to Israel.

Attorney General William Barr chose not to request that the U.S. Parole Commission extend the restrictions. The commission said in a statement to Jewish Insider on Friday that it had concluded “that there is no evidence to conclude that [Pollard] is likely to violate the law.”

Israeli Prime Minister Benjamin Netanyahu, who raised the Pollard issue in meetings with multiple U.S. administrations, welcomed the decision. “I anticipate seeing Jonathan Pollard arrive in Israel soon, together with his wife Esther,” Netnayahu said at the start of the weekly cabinet meeting in Jerusalem on Sunday.

Both Netanyahu and Pollard, through his attorney Eliot Lauer, thanked outgoing Israeli Ambassador to Washington Ron Dermer for leading the effort to allow Pollard’s restrictions to expire. On Sunday, Netanyahu said that Dermer had held more than 150 conversations with Pollard in recent years.

Harvard law professor Alan Dershowitz told Jewish Insider that the move was “long overdue. It should have happened many years ago.” Dershowitz, who said he had not been in contact with Pollard or his attorneys in recent years, expressed pleasure that Pollard will now be free to move to Israel.

Israel’s Health Minister Yuli Edelstein told The Jerusalem Post that the Israeli health system “will cooperate with the necessary treatments to enable the Pollards to come home.”

Seymour Reich, former chairman of the Conference of Presidents of Major American Jewish Organizations, was one of the first Jewish leaders to strongly advocate for Pollard’s release and assisted the convicted spy in his appeal to reverse the sentence, even after Reich stepped down from his position. In an interview with JI, Reich cautioned the Israeli public not to treat Pollard as a hero upon his expected arrival to the Jewish state.

“They should respect him and the prime minister undoubtedly should meet him and greet him. But the Israelis should be careful about the way they greet him, not as a hero but as an individual who helped Israel in trying circumstances,” Reich said. “I think it would be harmful to American Jewry if that were to occur — the old issue of dual loyalty might crop up, notwithstanding that the Trump administration released him.”

“With all due respect, I would prefer that he not move to Israel,” Olmert said in remarks at the Ma’ariv business conference in Jerusalem on Sunday. “His spying was beneficial, but when taking a full account, the damage caused to Israel’s interests as a result of revealing his involvement was the harshest in the history of U.S.-Israel relations. The danger of increasing this damage has not ended. If the prime minister will act like he does and have a festive welcoming ceremony for Pollard, we will pay a heavy price when there will soon be a new administration in America.”