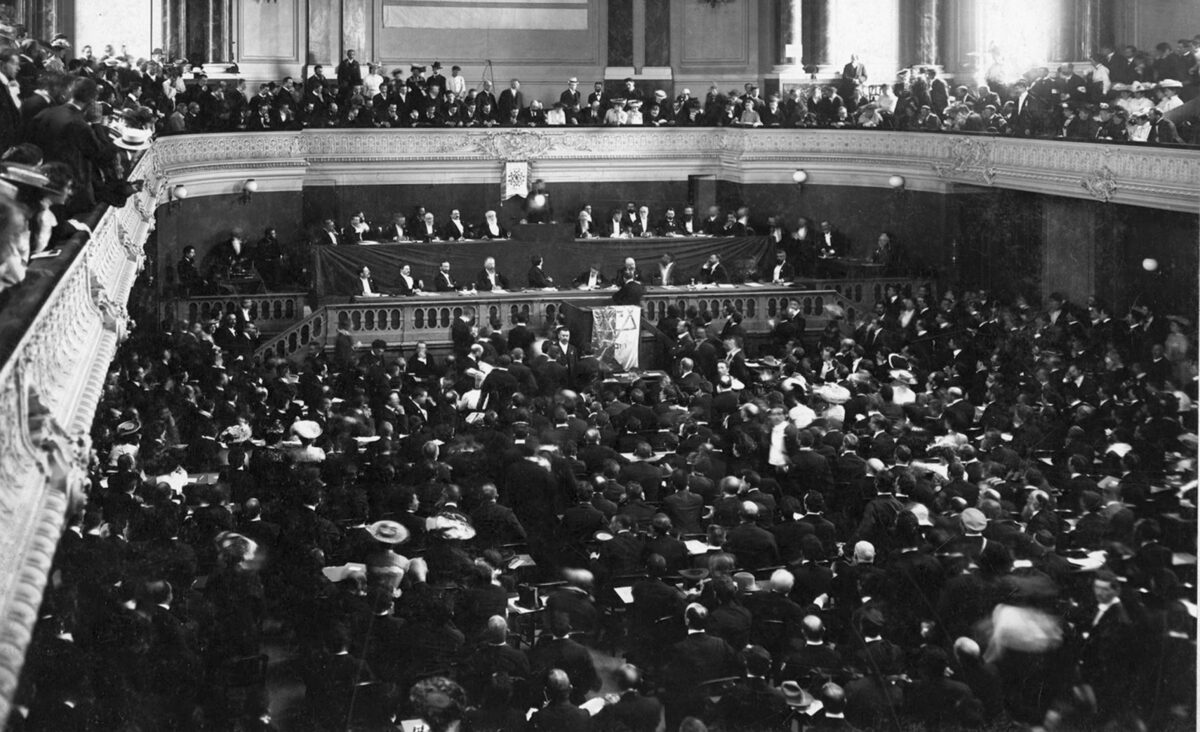 The 38th global forum was originally scheduled to be held in Jerusalem, following the selection of the body’s 521 elected delegates. Due to current COVID-19 restrictions, the sessions and debates will instead be conducted online, limiting much of the socializing and networking that surrounds the Congress.

Organizers were optimistic that while many components of the Congress had been restructured to accommodate the all-virtual event, the core goals remained the same. “In the midst of a global pandemic,” American Zionist Movement executive director Herbert Block told JI, “it is inspiring that the Zionist movement keeps on going and growing. This Zionist Congress, with its unique online format, will enable more to participate and watch than ever.”

The Congress is governed by the Zionist Council, a scaled-down group proportional to the total number of delegates which meets at least once a year, and also serves as the general assembly of the Keren Kayemeth LeIsrael-Jewish National Fund (KKL-JNF), in addition to holding half the seats on both the Jewish Agency for Israel’s board of governors and the board of Keren Hayesod. As members, delegates are able to weigh in on the direction and senior leadership of the organizations.

Ahead of the gathering, members of right-wing and Orthodox Jewish parties — a narrow majority of the Congress’s delegates — jockeyed to form a coalition agreement that would give them control over the WZC’s key institutions, including KKL-JNF and the World Zionist Organization. The move has been met with protestation from some of the non-Orthodox movements concerned about being iced out of major decisions.

“It’s been probably the most stressful pre-Congress preparations that I have ever been involved with,” Karma Feinstein, the founder and executive director of World Magshimey-Herut and World Herut, said on a webcast hosted by the American Zionist Movement and Israel Action Network on Monday. “One of the beautiful things in the past has always been a wall-to-wall coalition [in the Congress]… where everyone is represented and there is no such thing as leaving somebody out. And this time it’s much more problematic. And we hope that at the end of the day it will be as inclusive as possible.”

Leaders of the Masorti (Conservative) and Reform movements, including Hadassah and B’nai B’rith International, wrote in a strongly worded letter addressed to leaders of the World Zionist Organization that stripping the groups of influence within the body was unacceptable.

“Everybody is waiting to see what will be with signing this coalition [deal],” Makor Rishon reporter Zvika Klein said on Monday’s webcast.

The first conference was convened by Theodor Herzl in 1897, in which five American delegates participated. Currently, the U.S. delegation makes up one-third of the Congress, with 152 delegates representing 14 parties.

What would Herzl think of the disagreements between the different groups? “In comparison to the question of ‘Uganda, not Uganda,’” Feinstein said of Herzl’s 1906 proposal to create a Jewish homeland in the East African nation, “it’s sort of not a big deal.”