Warner boasts his bipartisan credentials on the campaign trail 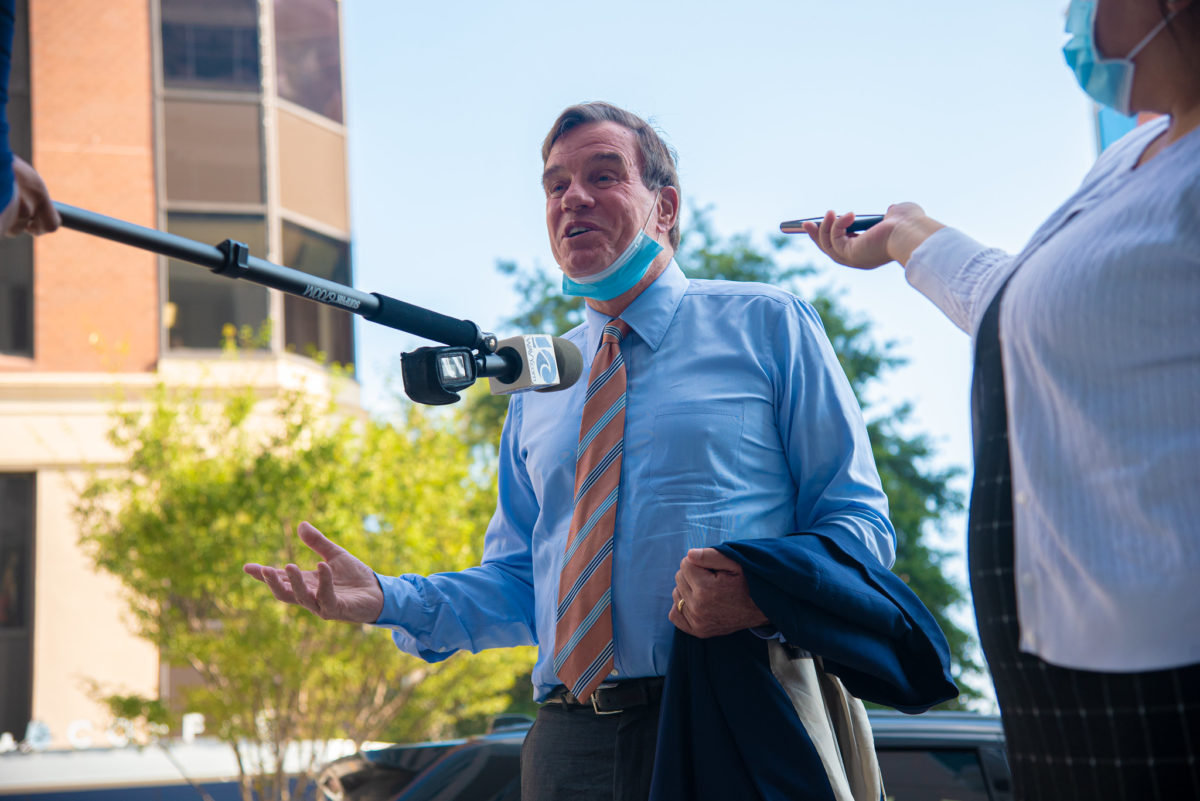 In a highly polarized political environment, the divides between Republicans and Democrats can at times seem insurmountable. But according to Sen. Mark Warner (D-VA), there is a great deal of collaboration happening behind the scenes on Capitol Hill.

“I think there is a lot more bipartisanship in Washington than what people acknowledge,” Warner told Jewish Insider while traveling between campaign stops in Virginia’s Northern Neck Peninsula and Hampton Roads. “I’ve got 55 bills and they are all bipartisan.”

Warner pointed to “growing consensus” around the need to confront China, backing the semiconductor industry and support for Israel as issues that have remained relatively bipartisan. “You get sometimes, at the leadership level, sniping back and forth, but where real legislation is passed it’s almost always bipartisan,” the Democratic senator explained. “It’s like the people who get the most news are not often the people who pass the most laws.”

Warner, who was a venture capitalist and founder of investment banking firm Columbia Capital Corp before entering politics and becoming governor of Virginia in the early 2000s, said that coming from the business world, “you measure what you get done.”

The two-term incumbent is being challenged by Iraq War veteran Daniel Gade. Warner described life on the campaign trail as “living the dream.” A new Washington Post/Schar School poll shows Warner leading his Republican opponent by 18 points — 57% to 39% — while also outperforming Democratic presidential nominee Joe Biden in the commonwealth.

It’s a much more comfortable margin than Warner had in his first reelection bid in 2014, when the senator eked out a thin 0.8-percentage point win over former Republican National Committee Chair Ed Gillespie.

Warner — who is the ranking member of the Senate Intelligence Committee and on a path to become chair of the high-profile committee if the Democrats win back the majority of the Senate in November — told JI he has been working “with a lot of Democrats and Republicans about how America needs to reassert its leadership in technology legislation and building technology-related alliances,” which is something he feels he has made “a lot of progress on” in his second term.

Warner has also led the charge against the QAnon conspiracy theory movement, pushing social media platforms to impose new restrictions to prevent the group from gaining support. In the interview with JI, Warner suggested that “this kind of nonfact-based hatred is often reinforced by the Trump administration,” pointing to President Donald Trump’s “both sides” statement following the 2017 Charlottesville protests and his refusal to condemn the far-right Proud Boys group during the first televised presidential debate last month. “I think all Americans should be concerned when they see QAnon move from a crazy fringe to a quasi-movement,” he said.

Warner welcomed the recently signed Abraham Accords, calling the agreements “good for Israel and good for the Middle East.”

Regarding the possible sale of F-35 jets to the United Arab Emirates, Warner said he would like to see the administration be transparent about the talks and would want the input of Israel and its supporters before backing such a measure. “I think Israel should maintain military superiority. I need a much better brief on how much of that military superiority would be eroded by that deal,” he stated.

Despite his comfortable lead, Warner told JI: ”I don’t take anything for granted. It ended up being much closer in 2014 than anyone expected. So I don’t presume anything at this point.”