In debate, Max Rose highlights his support of Trump’s executive order on antisemitism 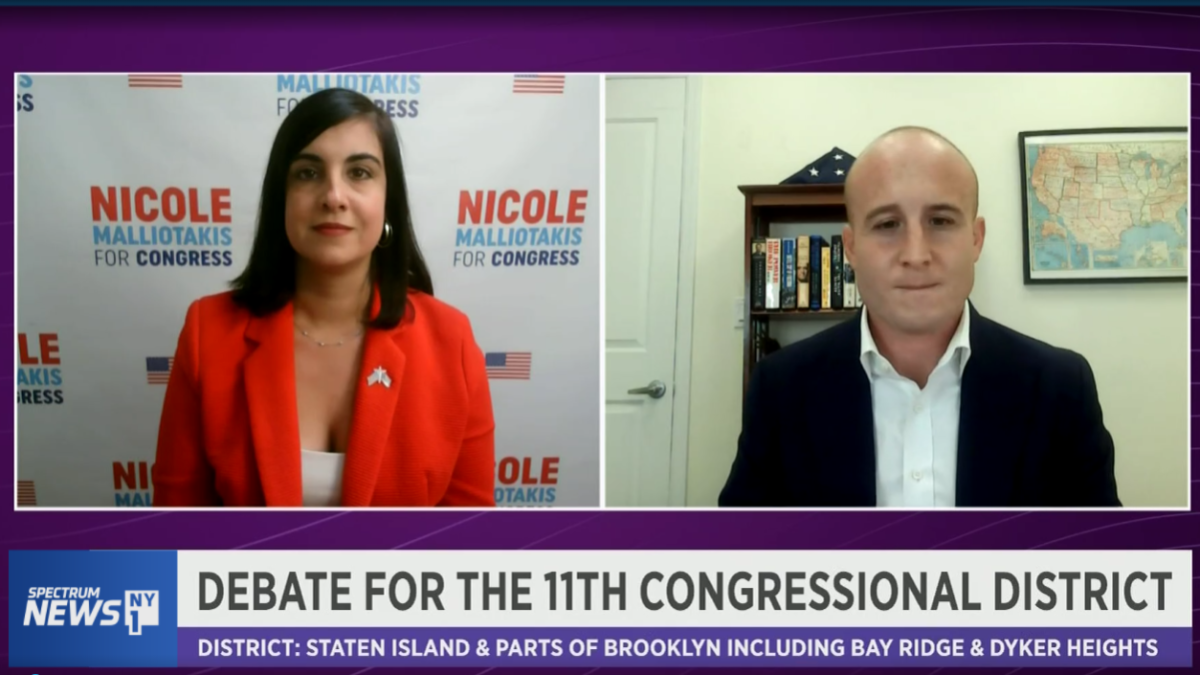 During the televised debate hosted by NY1 and moderated by anchor Errol Louis, Rose pointed to his support of President Donald Trump’s executive order to combat antisemitism on campus, issued last December. “When Donald Trump announced his executive order on antisemitism, I was one of the few people to stand right there with him — right during the height of the impeachment,” Rose said.

Rose was first elected to represent New York’s 11th district, considered the most conservative in the city, in 2018. Trump carried the district, which includes Staten Island and parts of south Brooklyn, by 10 percentage points. Rose has sought to portray himself as adopting an independent and centrist approach.

“I have had no problem holding Donald Trump accountable, as I did during impeachment, saying that he was wrong for things like Russian bounties, wrong for abandoning our national guardsmen during the height of COVID, but also standing with him when he did [things] right,” Rose noted.

The two candidates clashed over police reform efforts, with Malliotakis accusing Rose of supporting calls to “defund the police,” something Rose repeatedly denied. The Republican said she “would never turn my back on NYPD as our congressman did,” while Rose proclaimed: “I would never vote to defund police, in fact I have only fought for more money for law enforcement.”

The pair also sparred over the approach to the coronavirus pandemic, with Malliotakis saying that Rose should be “in Washington trying to force Nancy Pelosi for a vote” on the stimulus bill.

“Nicole hosted what could have potentially been a massive super-spreader event,” Rose said of a pro-Trump rally in Staten Island earlier this month. “Now, if we’re going to follow the science, we shouldn’t be gathering thousands of people together where many of them are not wearing masks.”