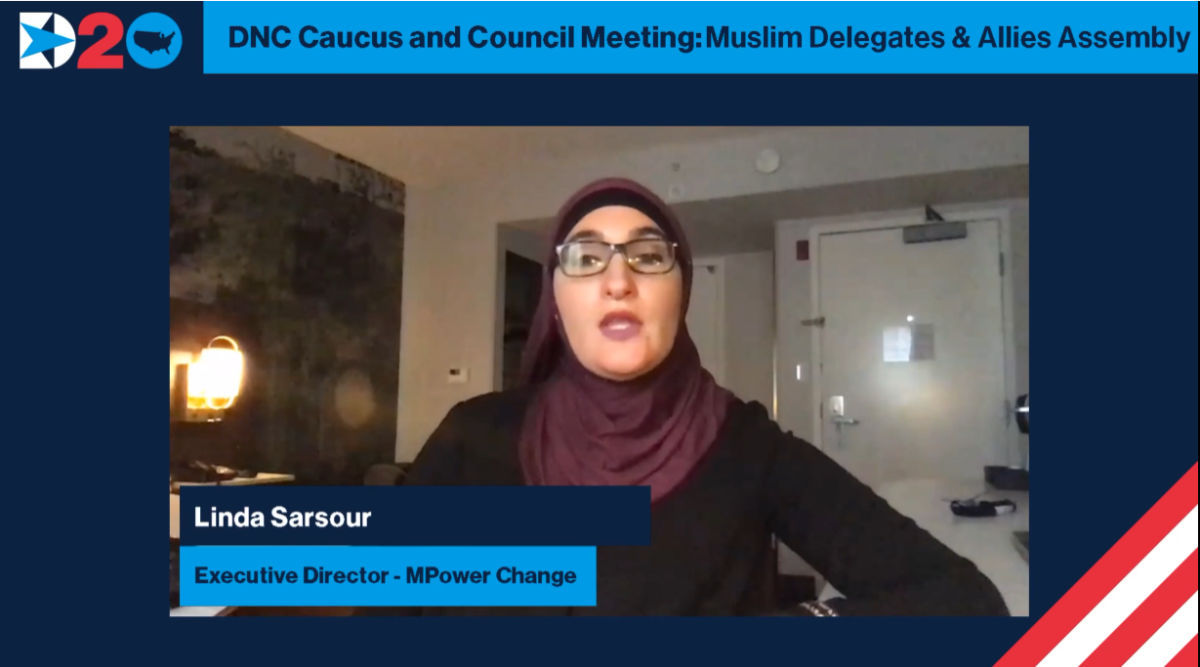 A spokesperson for Joe Biden’s presidential campaign reiterated the presumptive Democratic nominee’s views on supporting Israel and stance against antisemitism after coming under criticism for an appearance by Palestinian-American activist Linda Sarsour at the Democratic National Convention on Tuesday.

“Joe Biden has been a strong supporter of Israel and a vehement opponent of anti-Semitism his entire life, and he obviously condemns her views and opposes BDS, as does the Democratic platform,” Biden campaign spokesperson Andrew Bates said in a statement.

Sarsour, who has a history of controversial statements regarding Israel, appeared on a panel hosted by the Muslim Delegates and Allies Assembly, one of several side councils and caucuses, on the second day of the virtual DNC. “The Democratic Party is not perfect, but it is absolutely our party [at] this moment,” Sarsour said. “I am here to say that I’m not looking for perfection. I’m looking to defeat fascism and I hope our Muslim American community understands how important this election is.”

Sarsour added that if the Democrats win the White House in November, “I promise you I will be the one to help hold Joe Biden and [presumptive vice presidential candidate] Kamala Harris accountable for our communities.”

Republican Jewish Coalition Executive Director Matt Brooks said in a statement that Sarsour’s appearance is evidence that she has become the face of the Democratic Party. “It is outrageous that the Democratic National Committee would allow Linda Sarsour to represent their party to American voters,” said Brooks. “Sarsour’s blatant anti-Semitism finally made her so treif that the radical Women’s March organization had to force her out of her leadership role, but she’s still kosher for the Democrat Party.”

A spokesperson for Biden insisted that Sarsour “has no role in the Biden campaign whatsoever.” A Democratic official told The Daily Beast, “The caucus and council chairs come up with their own programming and select their own speakers.”

Shortly after the campaign released the statement, Sarsour reacted to Bates, Biden’s director of rapid response, on Twitter. “Just came here to remind you that you need a coalition to defeat Donald Trump and that Muslim Americans are an important voter bloc in key states like Michigan, Wisconsin, Virginia, Texas, Pennsylvania & I know a little something about how to organize them,” she tweeted.