The U.S.-Israel relationship “permits space for criticism and concern when necessary,” the Pennsylvania senator said in a letter to Benjamin Netanyahu and Benny Gantz. 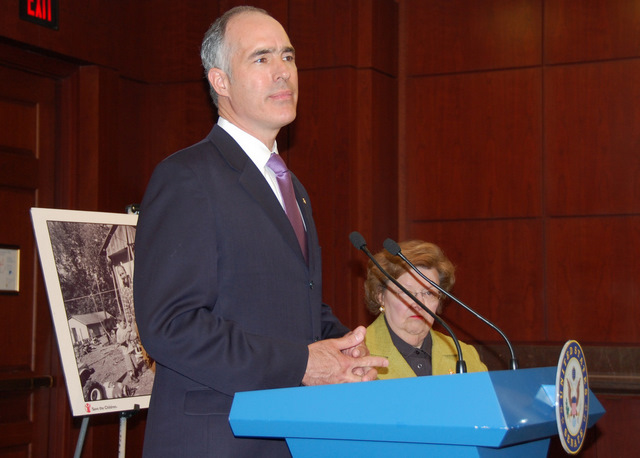 Sen. Bob Casey (D-PA) sent a personal letter to Israeli Prime Minister Benjamin Netanyahu and Israeli Defense Minister Benny Gantz on Wednesday, cautioning them against moving forward with plans to unilaterally annex portions of the West Bank. Netanyahu has said that the government could start annexing territory as early as July 1.

“As Israel enters a hopeful new chapter after over a year of political turmoil, I am concerned that stated plans to move forward with unilateral annexation of the West Bank will not only eliminate the possibility of a two-state solution, but may result in erosion of regional and international arrangements that guarantee Israel’s safety and security,” Casey wrote in the letter, obtained Thursday by Jewish Insider. “I ask that you choose an alternate path that will avert further conflict and lay the groundwork for peace.”

Casey added, “The United States and Israel enjoy an unbreakable bond that goes beyond a typical bilateral relationship between two allies. This relationship permits space for criticism and concern when necessary.”

A similar letter, signed by 19 of Casey’s Democratic colleagues, was sent to the Israeli leaders last month. Several versions of that letter were drafted and circulated before a final, watered-down version was sent to Netanyahu and Gantz.

Casey is the second senator to author an individual communique instead of signing onto the group letter. Sen. Dianne Feinstein (D-CA) issued her own letter to Israeli leaders last month. Sen. Chris Coons (D-DE) indicated to Jewish Currents that instead of signing or authoring a letter on annexation, he would “communicate directly with Ambassador Dermer and Israeli officials to express his concerns.”