WhatsApp a source of news, help, hope in Jewish community 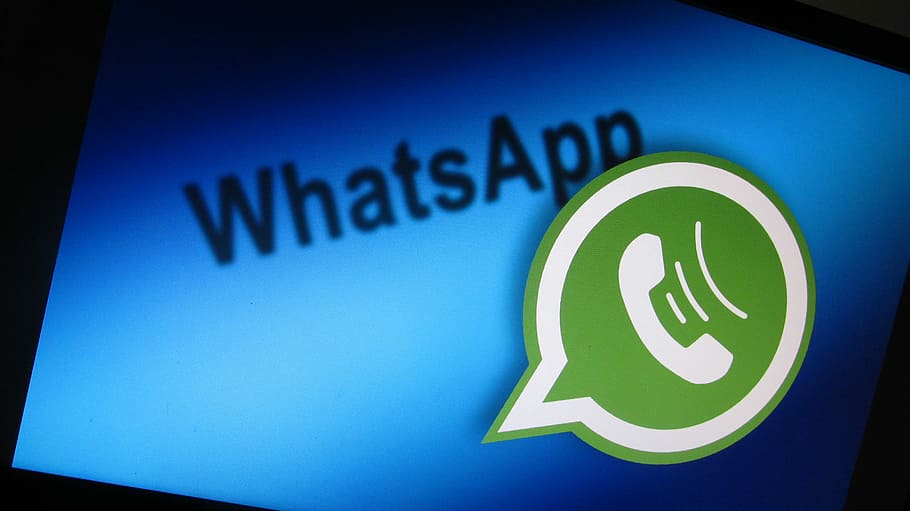 As the coronavirus continues its global spread, WhatsApp has become a major source of news and coordination among many traditional segments of the Jewish community. Over the last two months, the app has increasingly become a centralized conduit of information and community organizing — as well as occasional misinformation.

Rabbi Motti Seligson, Chabad’s director of media relations, told Jewish Insider he first heard reports about the pandemic via WhatsApp from Chabad rabbis in China, where the virus is believed to have originated. As the virus spread, members of the community began to hear from people in Europe and Israel, sometimes in family WhatsApp groups.

Warnings from Orthodox doctors fighting the virus began to circulate on WhatsApp in the first weeks of the pandemic. These early warnings helped drive conversations about community health and safety, Avital Chizhik-Goldschmidt, an editor at The Forward, told JI. “Those did a lot,” Chizhik-Goldschmidt said, “[The warnings] spooked people to stay home and take the right precautions.”

Chizhik-Goldschmidt said that false cures and treatments, as well as other incorrect warnings about the virus, have also circulated on the app.

Some popular Orthodox media outlets appear to receive a majority of their web traffic via WhatsApp, Chizhik-Goldschmidt told JI.

Several of the largest groups send dozens of messages a day — a mix of video, text and images. While some of the content is credited to established news outlets, much of it is uncredited and presented with little context. Many of the groups’ operators are anonymous, and the lack of sourcing has often made it difficult to verify information.

As the virus spread in the community, some of the larger WhatsApp news operators began to send regular updates naming individuals who had died of the disease. But some such announcements later turned out to be incorrect, one source noted.

WhatsApp has been working for years to curb misinformation. In 2018, in response to mob lynchings in India sparked by false Whatsapp messages, the platform started tagging forwarded messages, limited the size of groups and restricted the number of groups to which a user could forward a message.

The company announced in early April a new policy limiting users from sending “highly forwarded” messages to more than one person or group. Users can also send messages to the Poynter Institute’s International Fact-Checking Network for verification. But researchers say these measures have not been enough to stop misinformation completely.

“It’s just important to know where the information that you’re sharing is coming from, especially when dealing with a pandemic,” Seligson said.

But he emphasized that the issues with WhatsApp are not unique to the app, and also exist on other social media platforms. Most of the information he’s seen on the messaging platform, Seligson said, has come from reliable sources and false information has not been especially widespread.

“It’s important to remember that, in most cases, WhatsApp is really just a conversation,” he said. “People may have heard something that was false… These platforms are neutral. It’s up to the users to use it properly and responsibly.”

WhatsApp has also become a hub for charity and other aid efforts. One organizer in the Hasidic community, who asked to be identified by his initials, Y.S., set up WhatsApp groups connecting large networks of people and charitable organizations. Individuals can issue calls for assistance in the groups and members have regularly stepped up to volunteer.

Chizhik-Goldschmidt told JI that charity fundraisers for families who have lost loved ones have also popped up on the app.

Y.S. said he’s been touched by how eager the community has been to offer up time, money and other resources throughout the crisis. “People are so giving because there is so much chaos in the community, and all over, with the virus,” he explained.

He highlighted one recent incident when a community member needed transportation to Columbus, Ohio, for surgery. A call for help went out to one of the WhatsApp groups, and within a few hours, two people had volunteered for the nine-hour drive, and another offered to pay for gas and tolls. “It went crazy, I didn’t believe it,” Y.S. said. “The response was so amazing.”

WhatsApp group members have also coordinated everything from delivering groceries and extra meals to people who are stuck at home or can’t afford food; sending religious items and kosher food to hospitals; and setting up two-way video-chat tablets so hospital patients can keep in touch with family members who cannot visit, Y.S. told JI.

Recently, the Hasidic community has been using the app to organize donations of blood plasma from those who have recovered from the disease, Seligson said.

“There’s something somewhat personal about it,” he said of the app. “It’s almost like receiving a text message that feels a little more direct than email or Facebook.”