'We will prevail over this evil virus' 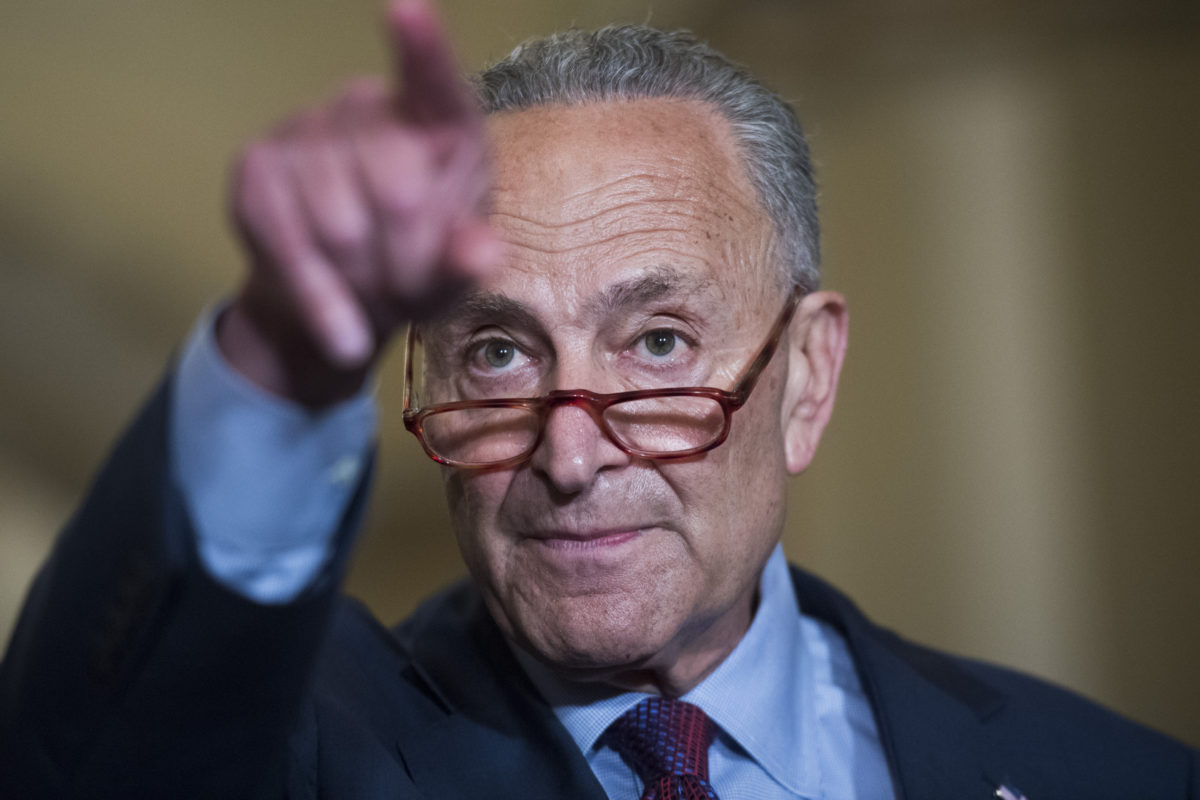 Senate Minority Leader Chuck Schumer (D-NY) is seen during a news conference in the Capitol on June 25, 2019.

On a webinar with Jewish leaders, Senate Minority Leader Chuck Schumer (D-NY) thanked Jewish groups for working to secure relief to families in need amid the coronavirus crisis. The discussion was hosted by the UJA-Federation of New York and the Jewish Community Relations Council of New York:

“It is part of our Judeo-Christian tradition to help people who need help — we Jewish people call it tzedakah — and you are doing it, and it’s vital. In this religious season — Passover and Easter — we have got to focus on what we can do to help one another, even though we can’t be near each other. We will survive. In our Jewish tradition, as you know, Passover is a time when we had plagues. This is like one ancient plague — it really is — and they have always befallen on generations of us, but by sticking together, by being strong, by having faith in God, we prevail. We will prevail once again. I remember after 9/11, I was told by everybody New York is dead, it’s gone; no one will ever live south of Chambers Street — no businesses, no people, everyone is going to scatter. Well, New York is bigger, better and stronger than ever. I have the same faith that we will prevail over this evil virus.”

“Many of us know that the derivation of your name, Schumer — as you have spoken in front of audiences — derives from your ancestors who were guardians of the ghetto wall in Chortkiv, Galicia. And as we approach Passover, the theme of ‘Shomer’ is highly evident — with matzah, the matzah has to be watched, and the first night is referred to as a ‘Leil Shimurim,’ a night of divine protection. You, sSenator, have devoted your public career to being a ‘Shomer.’ The role that you have played, particularly in the Nonprofit Security Grant Program, combating antisemitism, and of course the role that you have played in support of Israel, and now with this CARES Act during this modern-day plague, you are playing a key role in ensuring that America, New York, our Jewish community and many other communities are well served.”