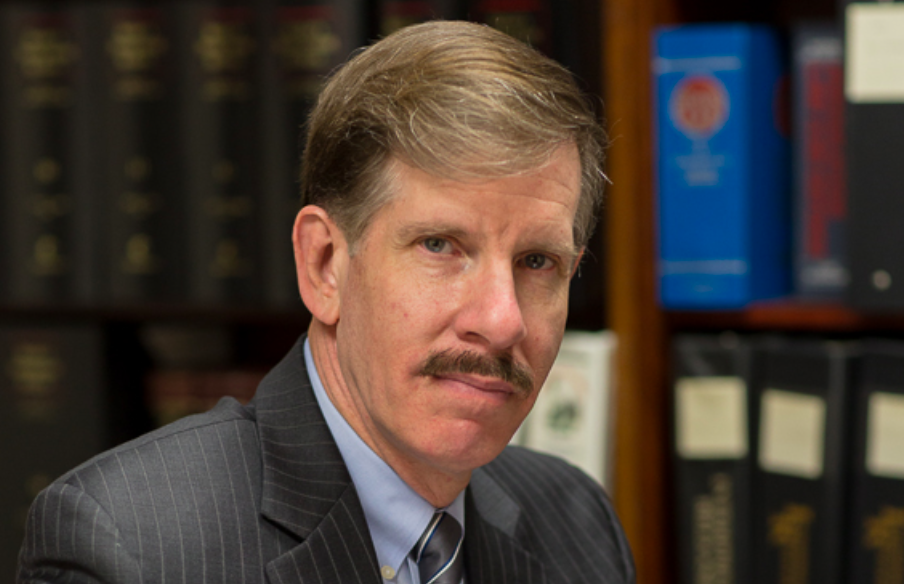 Eli Rosenbaum was in his mid-20s when, as a trial attorney for a criminal division of the Department of Justice, he began prosecuting Nazis who had moved to the United States. Now four decades into his distinguished career as a professional Nazi hunter, Rosenbaum, 64, is still going strong — even as such cases have become increasingly rare. Last week, a Memphis immigration judge ruled that Friedrich Karl Berger — a 94-year-old Nazi and longtime resident of Oak Ridge, Tenn. — be deported to his native Germany, where he worked during the war as an armed guard in a Neuengamme subcamp. Rosenbaum, who serves in the Justice Department’s Human Rights and Special Prosecutions Section, helped try the case. In a recent phone interview, he discussed the case and reflected on his four decades of service.

Building the case: The case took “quite a while” to put together, Rosenbaum said. “These cases all take months, if not years.” Rosenbaum credited his colleague, attorney Susan Masling, for doing “most of the heavy lifting.” The biggest piece of evidence used in the case, he said, was an index card featuring Berger’s name and service details that had been recovered, not long after the war, from a sunken German ship in the Baltic Sea — though prosecutors also assembled other supplemental Nazi documentation and historical information.

A possible appeal: Berger has been given 30 days to appeal the judge’s ruling. His lawyer, Hugh B. Ward, confirmed to JI that Berger plans to file an appeal. In immigration cases, Rosenbaum said, appeals are ordinarily filed toward the end of the cutoff period — a strategy that “buys additional time” to stay in the country.

Background: Rosenbaum began working for the Office of Special Investigations, a now-defunct unit tasked with finding Nazis in the U.S., in 1980. He served as its director from 1994 to 2010, when the OSI merged with another criminal division to become the Human Rights and Special Prosecutions Section. Over 40 years, the office has won 109 of 133 cases, some of which ended because the defendants either died or became medically incapable of appearing in court, according to Rosenbaum.

U.S. leads the way: Over the last 30 years, Rosenbaum told JI, his office has won more cases against Nazi criminals than authorities in all of the governments of the world combined. “This country,” he told JI, “which has a tiny percentage of the perpetrators, should not have really been leading the world for the last 30 years. But there are aspects of political will involved — let’s put it that way.” Rosenbaum estimates that there are hundreds of Nazis still living in Europe.

Actuarial odds: “We are definitely at the very last moment in history when these cases can still be brought,” Rosenbaum told JI. “It’s simply a function of the passage of time.” Rosenbaum acknowledged that it may be jarring to see an old man such as Berger and think of him as a Nazi. “They clearly don’t come out of central casting in that regard,” he said. But, he added bluntly, “You can’t go by appearances. That’s all I can say.” When asked if he anticipated prosecuting more Nazis in the U.S., Rosenbaum was discreet. “We’re not finished in our work,” he told JI. “We’re almost finished.”

Assisting Germany: Most of Rosenbaum’s World War II–era work now involves assisting German authorities — which he describes as a kind of “payback” for the “essential” help Germany gave his office during its first decades in operation. “They had a wealth of material and experience in these cases, and they shared it, and we benefited from it,” Rosenbaum said. “So it’s good that we can now repay the favor and help them. Because we, in some respects, know more about these cases than German authorities do.” In addition to such cases, Rosenbaum’s office also does work involving conflicts in places like Guatemala and Cuba.

Personal note: Rosenbaum, who is Jewish, said the work occasionally gets to him. “It’s not the nicest way to spend the day,” he told JI, adding, “It’s always been true that, at night, some of the things you read — whether they be from Guatemala or war-time Poland — those things can hit you pretty hard.” The work is especially personal for him: His father escaped Nazi Germany in 1938 and fled to America. The elder Rosenbaum joined the U.S. Army and served in an intelligence unit, where he was responsible for questioning detainees at the end of the war — a few of whom, according to Rosenbaum, were tried at Nuremberg. His father was also at Dachau the day after its liberation.

“I was 14 years old when he told me that,” Rosenbaum told JI. “We were in a car on the New York State Thruway heading north in a blizzard.” He recalled asking his father what he saw. “ I didn’t hear a response, and I finally looked over at my dad behind the wheel and his eyes had welled with tears. And he just couldn’t speak. We never did speak about that, actually. He lived for many, many, many more decades — and we certainly talked about my work — but that was just too close to home.”

For Rosenbaum, who also read Nazi hunter Simon Wiesenthal’s memoirs growing up, it was a formative experience. “I don’t know whether it led me to this work or not,” he mused. “It probably played a role.”