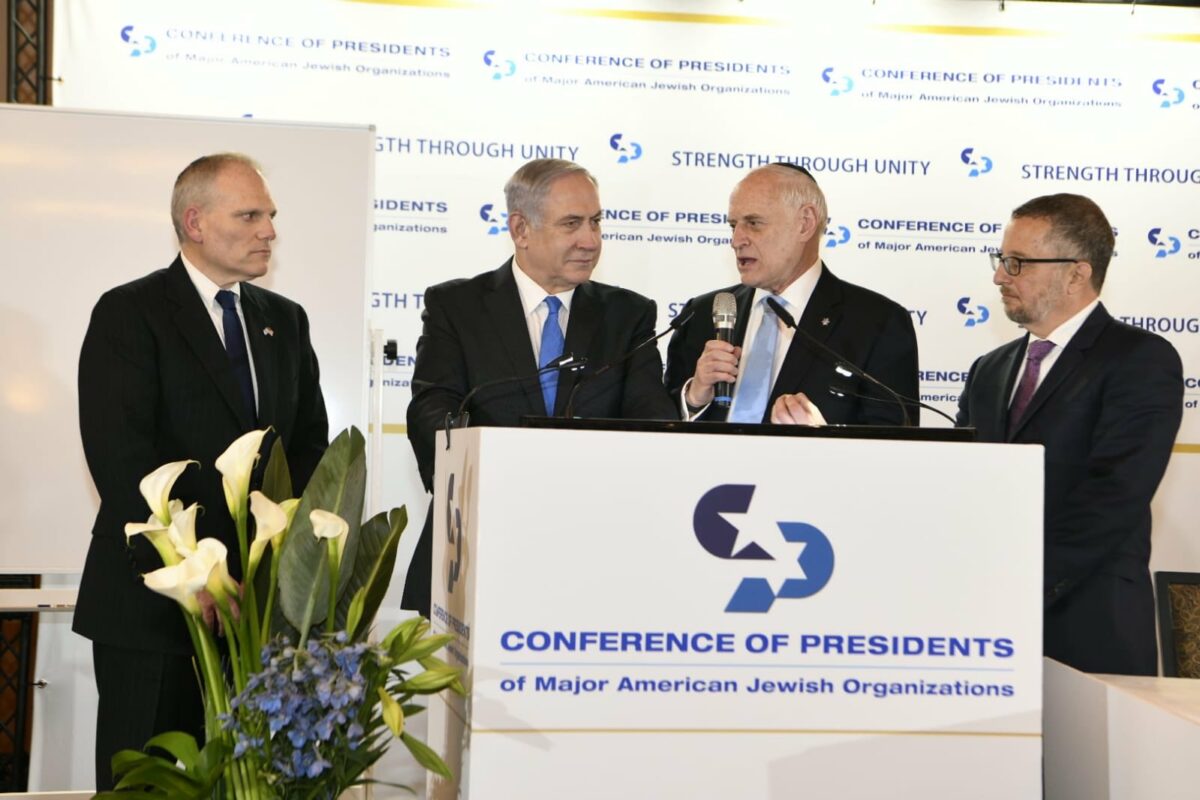 On the agenda: Daroff told JI that the senior policy-makers and military commanders engaged in discussions about “issues of concern to American Jewry, including the relations between Israel and the Diaspora, regional security concerns, the rising tide of global antisemitism [and] the Israeli perceptions of Iranian activities.” The trip, preceded by an unprecedented visit to Saudi Arabia, also provided an opportunity to talk about regional cooperation between Israel and Arab states, Daroff added. “We’re at a juncture where regional dynamics provide Israel and the American Jewish community with unique opportunities to work towards a brighter future. There is a wind blowing of regional cooperation and it was interesting to see it firsthand here in Israel.”

The timing: Daroff also noted that this was the second year in a row that the annual mission took place weeks before an Israeli election — this time its third in less than a year on March 2nd — and therefore drew more media attention, added value to the issues that were raised and increased excitement over the trip. “The speakers, arguably, were in election mode — so that absolutely informed the conversation and added to the gravity of the occasion,” he said. “That reflects the importance that the Israeli governmental and political leaders see in the Conference of Presidents and the importance of the American Jewish community.”

On the right foot: Daroff, who took over the helm of the umbrella organization from Hoenlein earlier this month, said he feels “blessed” to be in this position and is “looking forward” to following in Hoenlein’s footsteps. “I feel honored and humbled to have the opportunity to try to make the Jewish world a better place and be more engaged and interacting with these leaders than previously,” he said. “And I believe that the Conference of Presidents is precisely the sort of vehicle that was created to grow our community and build our community to ensure that we are well represented in the halls of power.”

Paying tribute: Daroff told JI that the success of the mission should be attributed to Hoenlein, who has led the trip for the past 35 years, due to the “depths of his relationships with top leaders and the force of his personality.” He noted that Hoenlein remains “deeply engaged in the conference and will continue to be as we move right into this next chapter.”