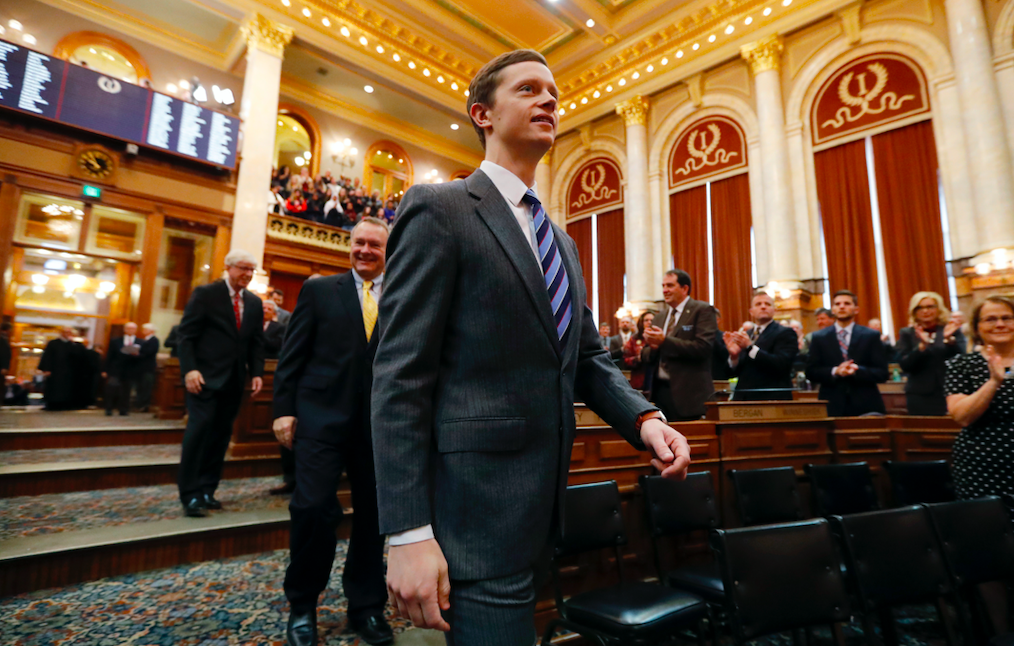 A rising star in Iowa politics announced what may be the first enforcement action of the state’s anti-BDS law on Tuesday.

Rob Sand, the Democratic state auditor, issued a report Tuesday stating that the Municipal Fire & Police Retirement System of Iowa (MFPRSI) was in violation of the provision of Iowa code that required it to report any transactions “pertaining to companies boycotting Israel.”

Sand told Jewish Insider that this was “definitely the first audit” done to ensure compliance with the state’s anti-BDS law. Twenty-six other states have passed similar legislation in recent years.

Iowa passed an anti-BDS law in 2016 with overwhelming bipartisan support. It prevents state pension funds from directly investing in companies that boycott Israel.

The Municipal Fire & Police Retirement System of Iowa, which had complied with the state law in previous years, claimed that it verified its compliance to the Iowa General Assembly via a mailed hard copy. However, no response was ever received. Sand recommended MFPRSI file its annual report electronically and implement procedures to prevent future violations.

Sand said it was “important” to confirm compliance because “it’s not a particularly controversial issue. Israel is a great ally to us.” Sand noted, “When you say [you are] willing to be supportive of your ally, you need to put your money where your mouth is.”

This step is particularly important in the view of Grant Woodard, a prominent Des Moines attorney and chief of staff to the late Rep. Leonard Boswell (D-IA), because ”a lot of people perceive that Rob Sand is an up-and-comer.”

Woodard noted the state auditor, first elected in 2018, “really came on to the scene in the past few years and a lot of people perceive that he has the ability to be a senator and governor some day.”The New York Times described Sand as “one of the most sought after endorsements” in the 2020 Iowa caucuses.