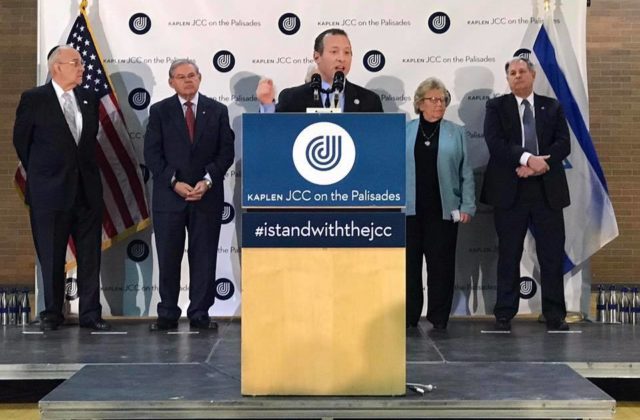 The House of Representatives will vote Friday on H.R. 326, introduced by Rep. Alan Lowenthal (D-CA), reaffirming U.S. support for the two-state solution.

Why now: Lowenthal says that the recent reversal on settlements by the Trump administration and Israeli attempts to annex part of the West Bank makes this declaration critical. “We cannot let partisan political concerns — either at home or abroad — distract us from keeping the dream of a just peace alive. Congress must speak out to make clear to the world that the United States stands behind its longstanding foreign policy principles,” he said.

Along partisan lines: Nearly 200 Democrats have cosponsored the resolution, which also expresses opposition to the “unilateral annexation of territory or efforts to achieve Palestinian statehood status outside the framework of negotiations.” Despite the removal of language including the “occupation” and “opposing settlement activity” from the final draft, Republicans are  expected to oppose the resolution.

The last minute inclusion of two amendments — introduced by Reps. Josh Gottheimer (D-NJ), Ted Deutch (D-FL) and Tom Reed (R-NY) — reaffirming the “ironclad” U.S. commitment to the MOU and to annual military assistance without new conditions — will make the passage of the resolution bipartisan. As many as 10 Republicans signed on in support of the amendments and it’s likely that some Republicans will vote in favor of the measure.

The language on U.S. assistance to Israel is “necessary because of the extreme and misguided views of some, especially several currently running for our nation’s highest office, who seemingly believe that assistance to Israel should be held hostage until Israel makes concessions according to their beliefs,” Gottheimer said during a floor debate on Thursday. Gottheimer tells JI that the passage of the resolution “sends a very clear message that puts to rest the splinter view of adding new conditions on aid to Israel.” According to the New Jersey Democrat, while “the underlying resolution isn’t perfect,” the fact that the amendments added were backed by a handful of Republicans makes it a bipartisan declaration about continued aid to Israel.

An AIPAC spokesperson tells JI, “We have no position on this resolution.” A similar measure condemning the Boycott, Divestment and Sanctions (BDS) movement and endorsing the two-state solution (H.R. 246), that passed overwhelmingly 398 to 17 in July, was supported by AIPAC. The current resolution has the support of J Street and the Jewish Democratic Council of America.

Why it matters: If passed, the resolution will mark the first time the House has voted to oppose unilateral Israeli annexation of the West Bank. “Coming at the end of a week in which President Trump and Prime Minister Netanyahu reportedly discussed potential Israeli annexation of the Jordan Valley, it will send a clear message that Congress strongly opposes such efforts to undermine the prospects for a two-state solution,” Logan Bayroff, J Street’s director of communications, told JI. Rep. David Price (D-NC) tells JI that he’s “pleased to put the House on the record” in opposition to West Bank annexation and the Trump administration’s withholding of funds to the Palestinian Authority. “Congress must reinforce these commitments, as well as reestablish its role in preserving and protecting the basics of American diplomacy and its role in pursuing peace,” Price emphasized.

Republican opposition: In a letter sent earlier this week to Rep. Michael McCaul Mike McCaul (R-TX), the ranking member on the House Foreign Affairs Committee, the Republican Jewish Coalition pointed to the passing of H.R. 246 as a reason to oppose the current Democratic-sponsored resolution. “It appears that their purpose is to undercut the Trump administration’s Middle East peace plan ahead of its unveiling,” the RJC said in the letter, which was obtained by Jewish Insider, calling the vote a “redundant exercise.”

Urging clear bipartisanship: The RJC also bemoaned the House leadership’s refusal to bring up the House version of the Strengthening America’s Security in the Middle East Act, which passed the Senate by a vote of 77-23 in February, for a floor vote. The legislation reauthorizes the 10-year Memorandum of Understanding signed between the U.S. and Israel in 2016. During a floor debate on Thursday, Rep. Lee Zeldon (R-NY) blasted H.R. 326 as a “one sided, partisan, and ill-timed resolution, adding, “If House Democrats want to pass bipartisan legislation with teeth, they should bring S.1/H.R. 336, which has already passed the Senate.”