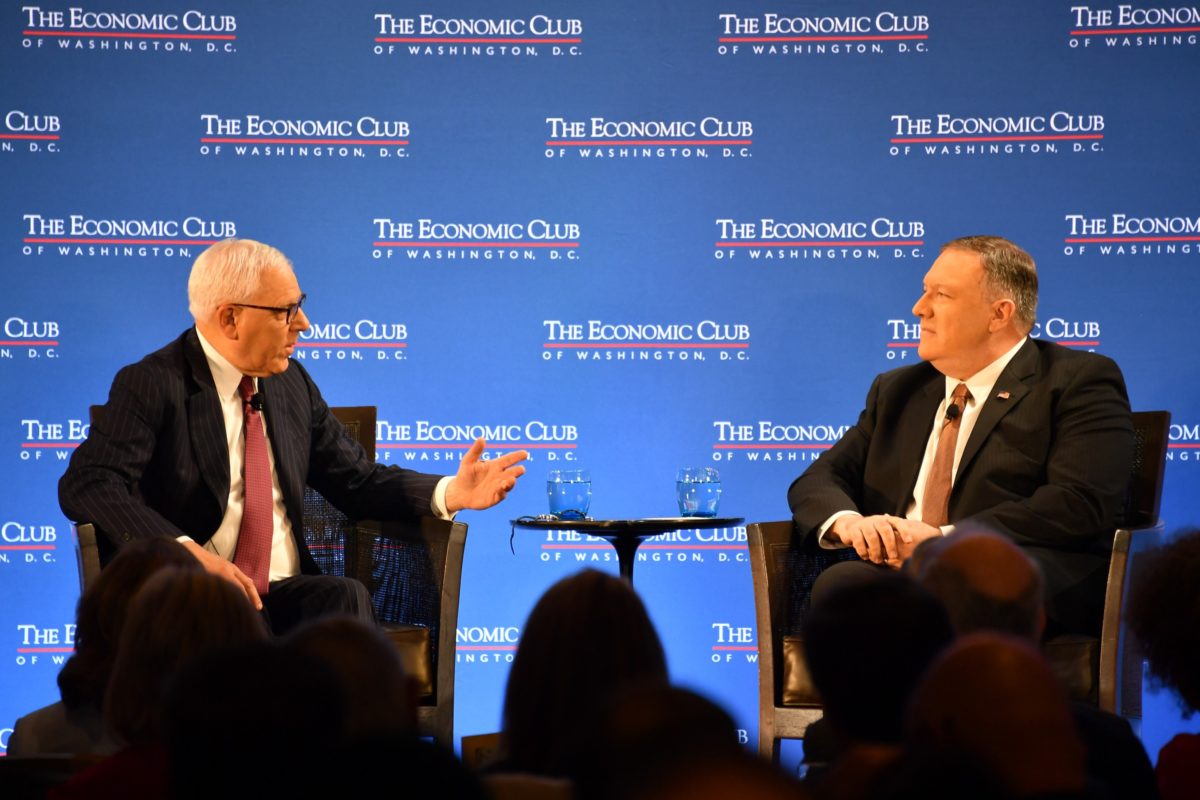 U.S. Secretary of State Michael R. Pompeo participates in a discussion with David Rubenstein at the Economic Club of Washington, D.C. on July 29, 2019.

At an event on Monday morning in Washington, D.C., Secretary of State Mike Pompeo refused to say whether or not the Trump administration will include the term “two-state solution” in its peace plan, expected to be released later this year.

During a conversation with David Rubenstein at the Economic Club of Washington, D.C., Pompeo was asked if current U.S. policy prefers a one-state solution or a two-state solution.

“Will you give us a hint?” Rubenstein pressed.

“No,” Pompeo replied. “We prefer what the Palestinians and the Israelis agree to, and what the nature of that relationship will look like,” he further explained.

Pompeo said that the purpose of the visit is “to flesh out for our partners in the region our path forward.” But in the end, he said, “the decision about whether to make this fundamental rapprochement is up to” the Israeli and Palestinian leaders.

During the interview, Pompeo also addressed recent tensions with Iran.

Despite Republican Senator Rand Paul’s meeting with Zarif in New York, Pompeo insisted that there were no direct or indirect talks with the Iranian diplomat during his stay. He went on to criticize the American media for giving Zarif “a megaphone to talk about things that are untrue going on in the Islamic Republic of Iran and gave him a chance to lie vociferously to the American people.”