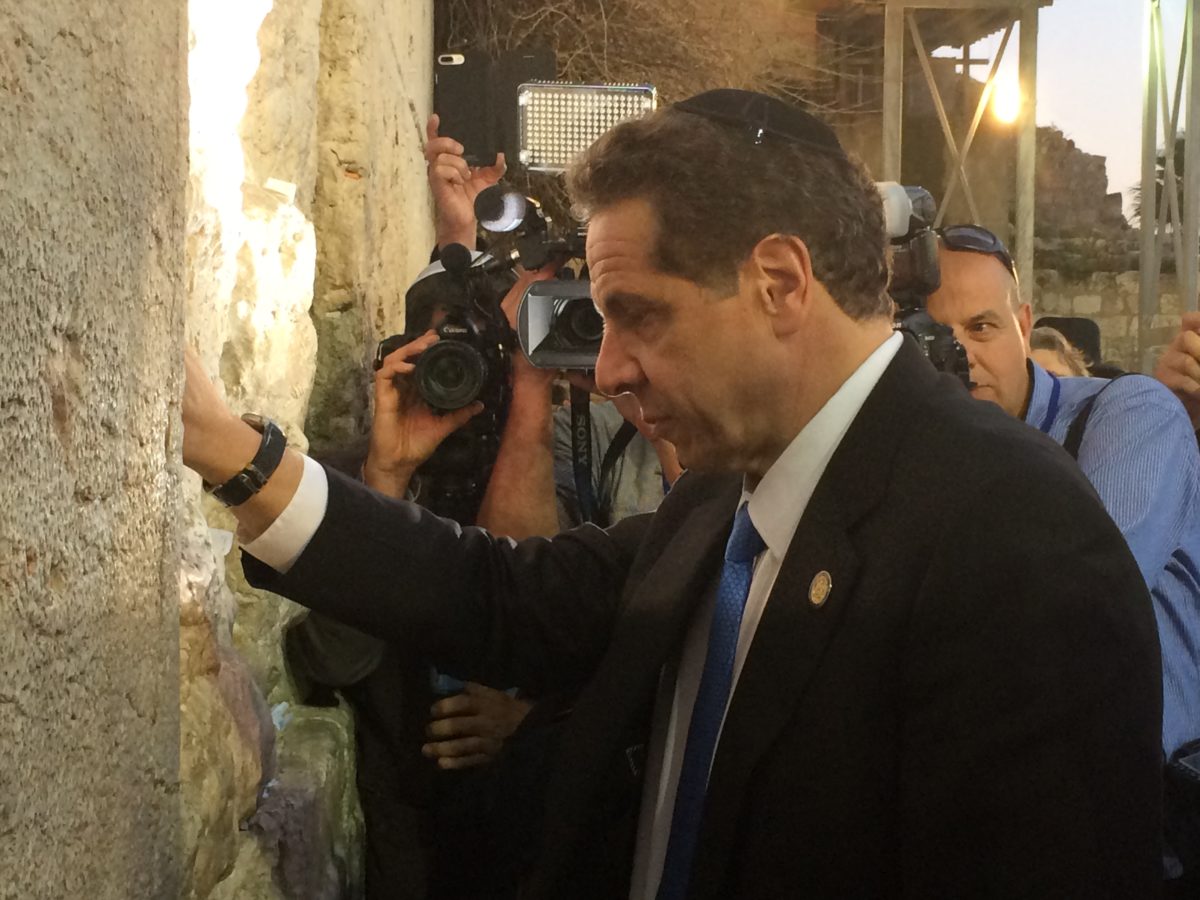 New York Governor Andrew Cuomo announced he will travel to Israel in the summer to express solidarity with the Jewish community.

“As a sign of solidarity, at this time of crisis for the Jewish people, I’m going to be doing another trip to Israel as a trip in solidarity right after the legislative session and I invite my Jewish colleagues to join us as a sign of solidarity,” Cuomo told reporters before marching in the annual Celebrate Israel parade on 5th Avenue in Manhattan. “New York stands with Israel. We are all Jewish today. We all appreciate the Jewish community. They are part of what makes New York, New York and one of the best parts.”

Cuomo first visited Israel during Operation Protective Edge in Gaza in 2014, and again in 2017 after a rash of antisemitic attacks against New York Jewish institutions.

Last July, the New York governor postponed a planned mission to Israel amid ongoing violence on the border with Gaza.

“We are here to celebrate Israel,” Cuomo said flanked by his family, whom he referred to as his ‘mishpucha.’ “And it’s more appropriate than usual this year because the blunt truth is there has been an increase in the number of anti-Semitic attacks in this country and in this state… These antisemitic attacks are personal to the Cuomo family. We have many friends who we grew up with who are of the Jewish faith. I have two brothers-in-law who are Jewish, my mother has two sons-in-law, my daughters have two uncles — Howard [Simon Maier] and Ken [Cole] — who are Jewish. These antisemitic attacks, the Cuomo family takes personally. Every family in New York takes personally.”