Tamara Cofman Wittes, nominated to head USAID in the Middle East, was questioned about her views on the normalization agreements 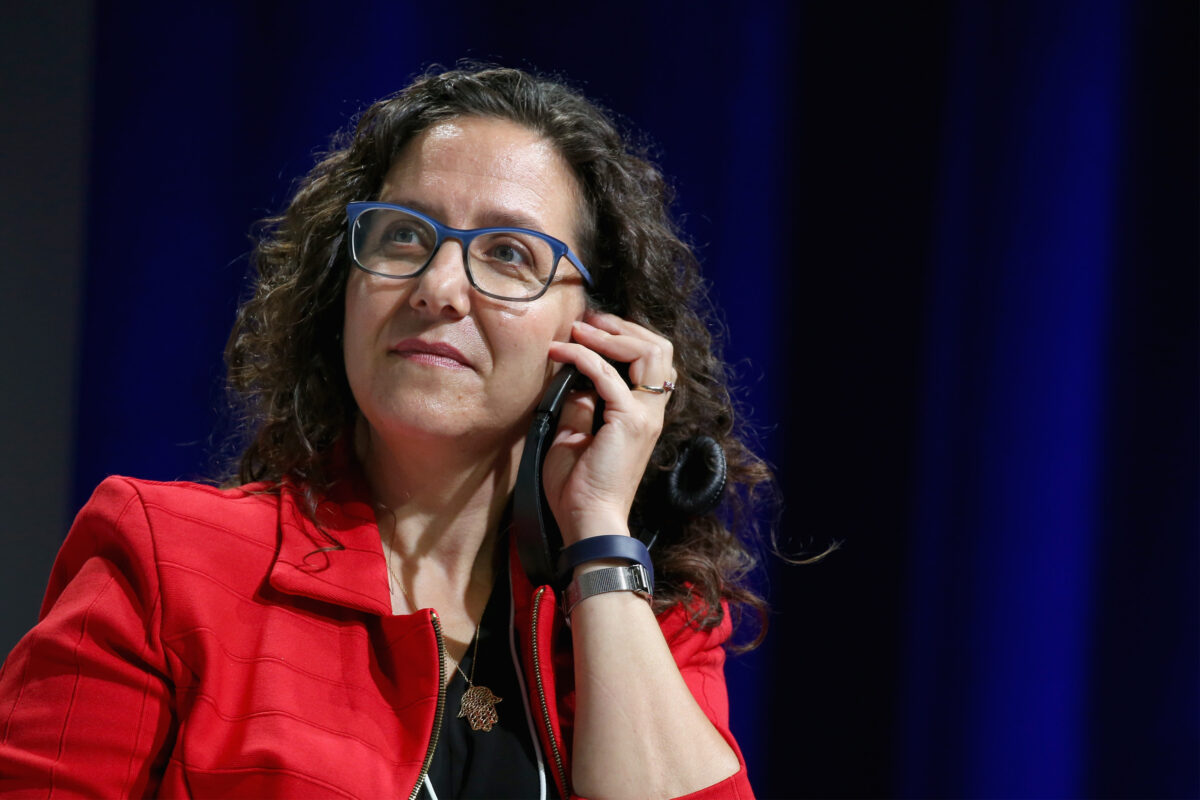 Tamara Cofman Wittes, the Biden administration’s nominee to be the assistant administrator of the U.S. Agency for International Development for the Middle East, expressed support for the Abraham Accords under questioning on Thursday by Republicans on the Senate Foreign Relations Committee about past comments critical of the normalization agreements.

Wittes testified on Thursday at a confirmation hearing alongside Michael Ratney, formerly the chargé d’affaires at the U.S. Embassy in Israel, who has been nominated to be the ambassador to Saudi Arabia.

Wittes had expressed skepticism about the agreement’s durability and whether other countries beyond the United Arab Emirates would join them. She described the deals as having been “oversold,” a “betrayal of Palestinian interests” by Arab signatories and an overall setback for the Palestinians. She also said during the May 2021 conflict between Israel and Hamas terrorists in Gaza that “Arab states that normalized with Israel bought this mess and now have to live with it.”

Sen. Todd Young (R-IN) said that Wittes had used social media to promote an article that called the deal a “triumph for authoritarianism.” Her Twitter account is now private.

On Thursday, the nominee praised the Accords, which she said brought “profound transformation” and “strengthen[ed] the pro-American coalition” in the Middle East. She said she had encouraged the Biden administration to build on the agreements before she was nominated.

“I said publicly when they were signed that they were a boon to the Israeli government and to Israelis who have long felt isolated in their neighborhood,” Wittes added. “The Accords offer a foundation for more cooperation between Arab states and Israel… If I’m confirmed, I look forward to engaging with you on how we can build on the Abraham Accords to bolster positive engagement across the region.”

Wittes acknowledged that she was initially “skeptical” that the Accords could be expanded beyond the UAE, “and I was wrong about that.”

Young, who is the top Republican on the Senate panel’s Middle East subcommittee, indicated to Jewish Insider after the hearing that her remarks had not mollified his concerns, saying that her early comments about the Accords should “probably” disqualify her from the position for which she was nominated.

“I think it’s notable how wrong she was as a scholar of the region. I credit her for admitting she was wrong, something many in government are disinclined to do today,” he said. “But more importantly, the history of intemperate remarks with respect to our government policies in the past is something that makes me concerned about her ability to serve effectively in a diplomatic capacity.”

Wittes, who spent more than a decade as a senior fellow at the Brookings Institution, including a time leading the think tank’s Center for Middle East Policy, faced questions about Qatar, which has provided significant funding to Brookings. Brookings’ president, retired Marine Gen. John Allen, recently resigned in response to a federal investigation into his involvement in a lobbying scheme involving Qatar.

Wittes insisted that grants that funded her work “included strong language” guaranteeing her work’s independence and that she had “no knowledge” of the accusations against Allen, had never discussed Qatar research with him and had never participated in fundraising efforts with Allen with foreign governments.

“I think my research and the research that I supervised was conducted with complete independence from all of our donors and it stands on its own merits,” she said.

Born in Turkey to a parent working at the U.S. embassy in Ankara, Wittes lived in Israel on a kibbutz and was a student at Tel Aviv University. She served as the State Department’s deputy assistant secretary for Near Eastern Affairs from 2009 to 2012.

“I have spent over 20 years working on Middle East policy and traveled through nearly every country of the region,” Wittes said Thursday. “Engagement with the governments and peoples of the Middle East has been part of my entire personal and professional life and that’s why I’m so excited at the prospect of leading USAID’s Middle East Bureau.”

“It can rebuild Israelis’ and Palestinans’ hope in the possibility of coexistence,” she said.

Wittes’ nomination has been stalled in the Senate committee for nearly a year; she was first nominated in mid-July 2021.

Ratney was questioned during the hearing about his time as U.S. consul general in Jerusalem, during which the State Department provided grants to a group called OneVoice to conduct a media campaign to support Israeli-Palestinian negotiations.

OneVoice subsequently campaigned against former Prime Minister Benjamin Netanyahu and used infrastructure developed under the grant for those efforts, according to a Senate subcommittee investigation, but did not spend grant funds on its electoral efforts and did not violate its grant agreement.

The subcommittee found that the State Department should have implemented restrictions that would have prevented OneVoice from using U.S.-funded infrastructure for electoral purposes.

Ratney said he was responsible for oversight of a “piece” of the grant focused on boosting Palestinian support for a two-state solution and acknowledged the “deficiencies” in the grant restrictions.

“That is something that I made clear in my conversations with the staff on the permanent subcommittee that would be unacceptable had we been aware of it,” Ratney said.

Ratney’s nomination has been met with hesitancy by some Middle East policy experts, who told JI recently that nominating a career foreign service officer to fill the Riyadh post might be seen by the Saudi government as a snub. Saudi Arabia typically sends top officials to fill its embassy in Washington.

David Ottaway, a Middle East Fellow at the Wilson Center in Washington, told JI last month, “I don’t think Ratney has an inside track to [President Joe] Biden, and the Saudis always want someone who has a pipeline right into the White House.”