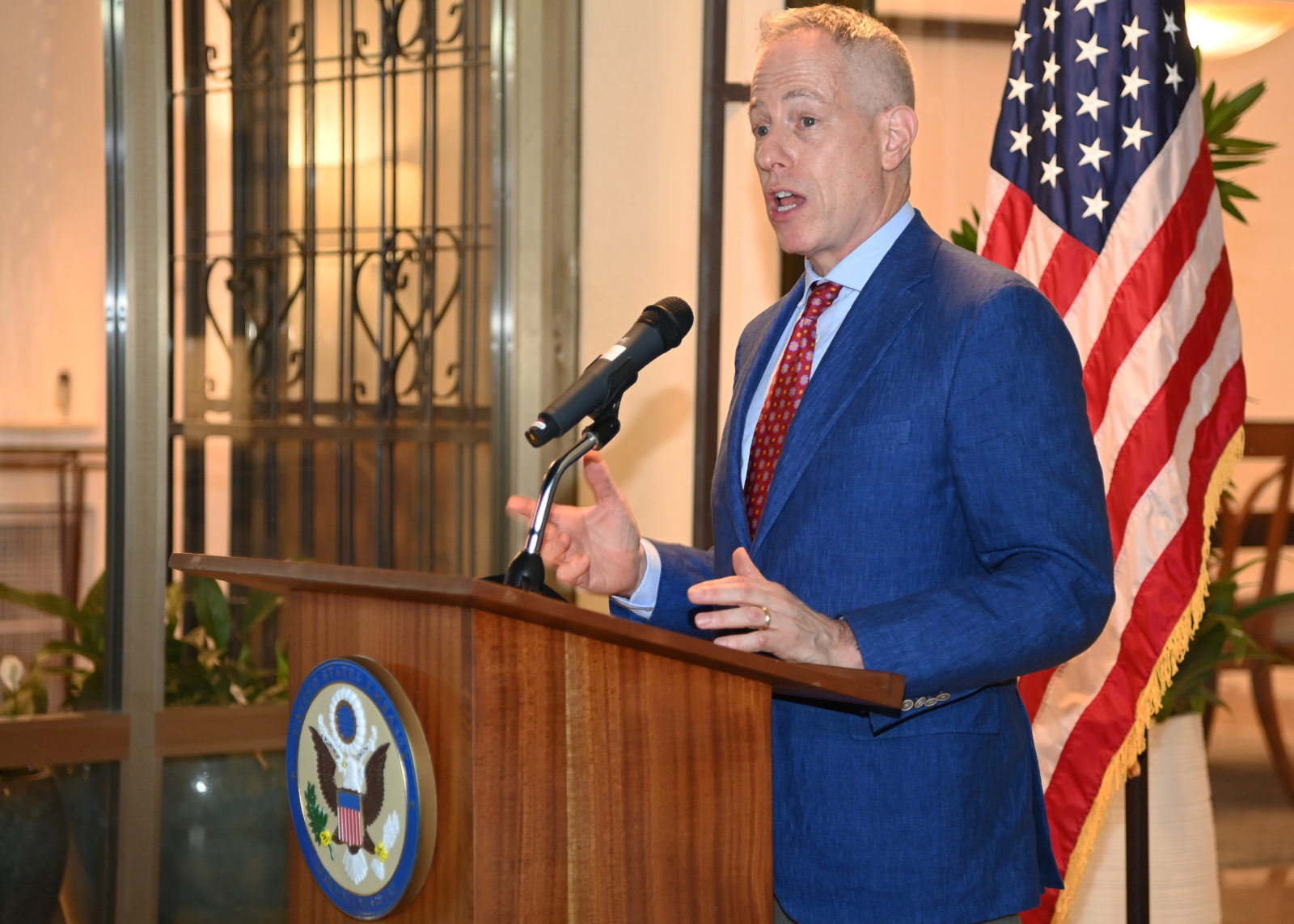 Could Biden’s pick for envoy to Saudi Arabia facilitate normalization with Israel?

Could President Joe Biden’s nominee to be America’s next ambassador to Saudi Arabia – a career diplomat who most recently served overseas as the chargé d’affaires at the U.S. Embassy in Jerusalem – be the key to bringing the kingdom into the Abraham Accords, or, barring that, help take the country one step closer to normalization with Israel?

While Jerusalem and Riyadh are known to have long-standing, under-the-radar ties, at least on a security level, the nomination of Michael Ratney, a fluent Arabic speaker who is well-versed in Israel affairs, could certainly help to firm up that covert relationship and even encourage formal ties, some experts and analysts interviewed this week told Jewish Insider.

However, with ties between the Biden administration and the House of Saud still frosty, dispatching a career diplomat as opposed to a political appointee to such a high-profile posting might inversely be perceived as an insult, other observers pointed out.

Ratney, who was charges d’affaires in Jerusalem for several months last year prior to the arrival of current U.S. Ambassador Tom Nides, is considered one of the State Department’s most experienced Middle East diplomats. From 2012-2015, he served as consul general in Jerusalem dealing with Palestinian affairs, and in addition, was acting deputy assistant secretary for the Levant and Israel-Palestinian affairs. Following his time in Israel and the Palestinian Authority, Ratney was the U.S. special envoy for Syria from 2015-2017. He has also served as deputy chief of mission at the U.S. Embassy in Doha, and held diplomatic posts in Rabat, Beirut and Baghdad.

David Makovsky, director of the Koret Project on Arab-Israel Relations at The Washington Institute for Near East Policy, argued that Ratney’s nomination was a “great choice.”

“He is very bright and one of America’s veteran Middle East hands,” Makovsky noted. “Sending him now to Riyadh is a signal by the Biden administration. In a previous time, having served in Israel was even considered a taboo for being ambassador in Saudi Arabia, but that was then and this is now.”

Former U.S. Ambassador to Israel Dan Shapiro, who overlapped with Ratney in his role as consul general in Jerusalem, agreed that he was a great choice to represent U.S. interests in Saudi Arabia.

“It’s critical to have a U.S. ambassador in Riyadh to manage this important and complicated bilateral relationship,” Shapiro, who was recently appointed as a distinguished fellow in the Atlantic Council’s Middle East programs, told JI.

Shapiro added: “[Ratney] knows the Gulf well, and Israelis found him to be a good partner during his tour as charge d’affaires. He has a deep and sophisticated understanding of regional dynamics, including opportunities for expanding normalization and the Israeli-Palestinian issue.”

“Any deal to bring Saudi Arabia into the Abraham Accords, or to bring them and Israel closer to normalization, is going to be a multi-sided puzzle,” Shapiro stated. “Michael is who you want at the table trying to solve that puzzle.”

While Ratney’s nomination, which has yet to be approved by Congress, ends a 15-month diplomatic snub of Saudi Arabia by the United States, he will be the first U.S. ambassador in many years not to be a political appointee. That fact has led some to speculate that the move might not be viewed as favorably in Saudi Arabia, where only the highest-ranking officials are sent to represent the country in Washington.

“[Ratney] certainly knows Israel and the Palestinian issue and he might be able to help promote formal relations between Saudi Arabia and Israel,” said David Ottaway, a Middle East Fellow at the Wilson Center in Washington. “But I don’t think Ratney has an inside track to Biden, and the Saudis always want someone who has a pipeline right into the White House.”

Calling Biden’s approach to Saudi Arabia a “pariah policy,” Ottaway, a former Washington Post Middle East correspondent, added that the key question “is whether this guy has a special mission ordered by the White House to promote special recognition between Saudi Arabia and Israel?”

A lingering question is whether Washington has the political capital to facilitate such an agreement amid heightened tensions between Riyadh and the White House.

“The U.S. and Saudi Arabia still have a long way to go to repairing the damage to their relationship,” observed Yoel Guzansky, a senior research fellow at the Institute for National Security Studies in Tel Aviv.

Guzansky said that sending Ratney, who currently holds the rank of minister-counselor, might send a negative signal to Riyadh that the Americans are not sending “their strongest card” and. He added that while in the past the line to Washington might have been via Jerusalem, today, in order to widen the Abraham Accords, Washington needs to be involved.

“The fact that the Americans are finally sending someone to Riyadh is much more important,” Guzansky continued. “The fact that he was in Israel is secondary… It’s true that he knows people here, and he knows the country, but the Saudis have their own contacts here.”