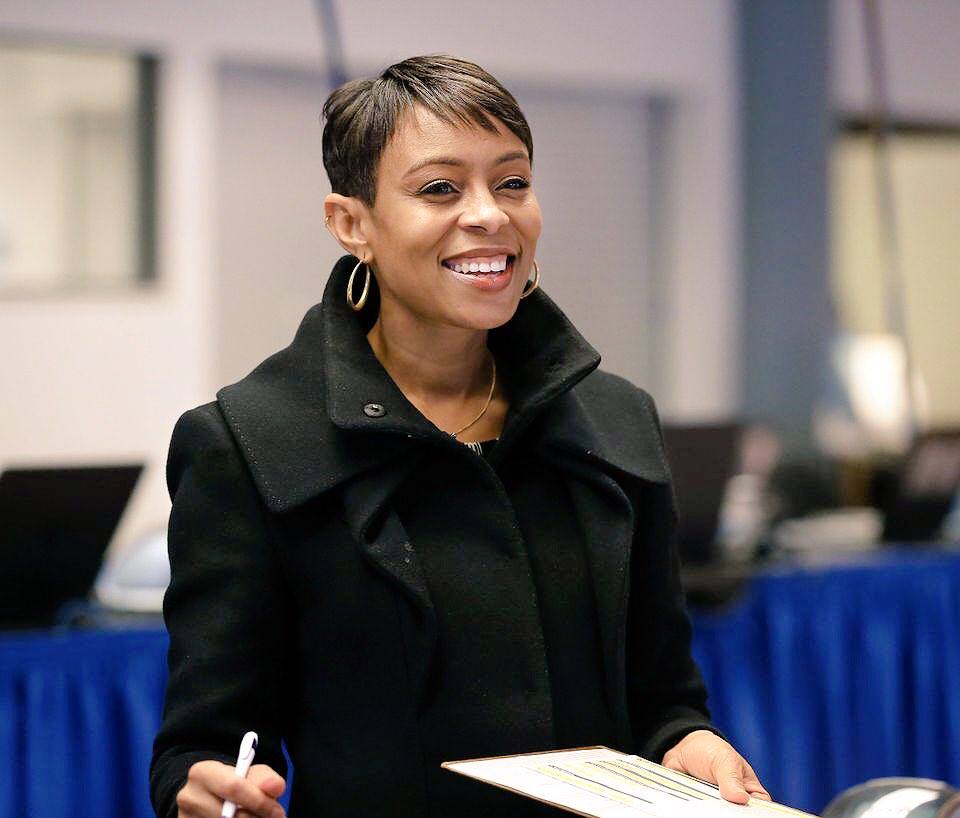 “JDCA is proud to endorse Shontel Brown in the OH-11 primary because she shares our Jewish and Democratic values on a wide range of issues, including access to affordable, quality health care, ensuring jobs that pay fair wages, supporting public education, taking action to end gun violence, protecting our democracy, and ensuring equity and justice for all,” Halie Soifer, JDCA’s CEO, said in a statement to JI.

Since announcing her bid in December, Brown has emerged as the pro-Israel favorite in the race, which is scheduled for August 3. Early in-person voting begins on July 7.

Brown is widely viewed as a leading candidate in the Cleveland-area race to succeed former Rep. Marcia Fudge (D-OH), who vacated the seat in March for a cabinet position as housing and urban development secretary in the Biden administration.

But so far Brown has lagged behind the frontrunner, Nina Turner, a former Ohio state senator and Bernie Sanders campaign co-chair backed by Justice Democrats, in fundraising as well as some polling.

On Thursday, Rep. Jim Clyburn (D-SC), the influential House majority whip, threw his weight behind Brown with a month remaining until Election Day.

Turner, for her part, has succeeded in pulling in support from several of the party’s progressive stalwarts, including “Squad” members including Reps. Ayanna Pressley (D-MA), who announced her endorsement on Tuesday, as well as Alexandria Ocasio-Cortez (D-NY), Rashida Tlaib (D-MI) and Ilhan Omar (D-MN).

While Brown has positioned herself as a staunch supporter of Israel — and visited the country on a trip sponsored by the AIPAC-affiliated American Israel Education Foundation not long ago — Turner calls for conditioning foreign aid to the Jewish state.

In a February interview with JI, Turner was reluctant to disclose her position on the Boycott, Divestment and Sanctions movement targeting Israel. But speaking at a March candidate forum hosted by JDCA, she expressed her opposition to the movement while noting that she does “not support the criminalization of people who are peacefully organizing for political change.”

During the forum, “it was clear” that “Brown is the strongest candidate who most closely aligns with” Jewish Democratic voters in the 11th district, Soifer told JI.

Along with the endorsement, JDCA intends to mobilize its Ohio chapter on Brown’s behalf, according to Soifer, while also sponsoring ads targeting Jewish voters in the district.

Earlier this week, DMFI released an ad on broadcast and cable TV in Cleveland’s media market highlighting Brown’s accomplishments as an elected official in the district.

With the endorsement from JDCA, Brown has largely locked up support from the country’s leading pro-Israel groups in the bipartisan and Democratic vein.

J Street, the liberal Israel advocacy group, has not yet made an endorsement in the race. But Logan Bayroff, a J Street spokesperson, indicated to JI that the organization may steer clear of the special election. “We’re primarily thinking about the 2022 races and defending our endorsees,” he said.

Ron Klein, a former Florida congressman and JDCA chair who is originally from Cleveland, suggested that Brown was the obvious choice for Jewish voters in the upcoming primary.

“Shontel shares our views on a range of issues, including the importance of protecting our democracy, ending the epidemic of gun violence, and supporting — not politicizing — the U.S. relationship with Israel,” he told JI.