'She understands, implicitly, the need to support Israel and our community’s needs' 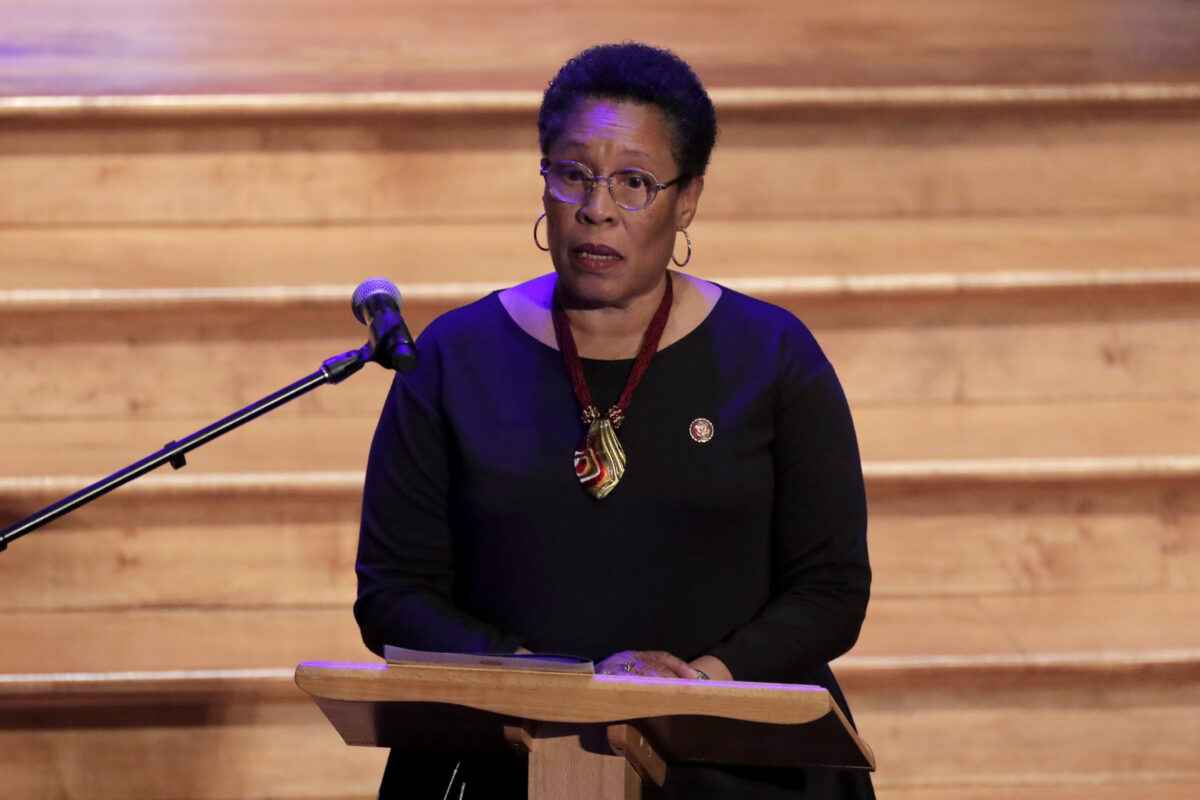 Fudge represents the 11th Congressional District of Ohio, which includes Cleveland and Akron, and has the largest population of Jewish residents in the state. Jewish Insider spoke with several Jewish leaders in Ohio about the congresswoman’s relationship with the community.

Political journey: Fudge, 67, was first appointed to a vacant seat following the death of Rep. Stephanie Tubbs Jones in August 2008. She was re-elected to the seat with 85% of the vote in the general election later that year. Fudge served as chair of the Congressional Black Caucus from 2012 to 2014.

Mandate: In her most recent re-election bid, Fudge received 99.3% of the vote against a write-in Democratic primary challenger, Felicia Washington Ross, and 82% against her Republican challenger, Beverly Goldstein, a member of the Jewish community in Beachwood, a suburb of Cleveland.

Record on Israel: The Ohio lawmaker voted in favor of last year’s bipartisan anti-BDS resolution (H.R. 246) and a resolution reaffirming U.S. support for the two-state solution (H.R. 326), which included amendments reaffirming the “ironclad” U.S. commitment to the MOU and to annual military assistance without new conditions. She led a mission to Israel, sponsored by the AIPAC-affiliated American Israel Education Foundation, in February 2014.

One exception: Fudge was among 58 members of Congress who boycotted Israeli Prime Minister Benjamin Netanyahu’s address to a joint session of Congress in March 2015. The Ohio congresswoman explained that the Republican invitation extended to the Israeli leader during an election was “a clear breach of protocol and practice,” but maintained that her “support of Israel will be just as strong the day after” the speech.

Community relations: Fudge maintains a close relationship with her district’s Jewish community, which numbers around 81,000 according to data compiled in 2012. Alan Melamed, a local political consultant, pointed to Fudge’s commitment to fight the growing rise in antisemitism as a member of the House Bipartisan Task Force for Combating Anti-Semitism as something appreciated by the community. Melamed said the congresswoman “has been out there with us and for us” since being elected.

Close ally: Shaker Heights City Councilman Rob Zimmerman described Fudge’s relationship with the Jewish community as “very good” despite the fact that she wasn’t well known before entering office. He noted that her predecessor had a fractured relationship with the Jewish community, and while Fudge served as chief-of-staff to Tubbs Jones in her first term, she “understood instinctively from the moment she took office” the need to repair that relationship and has since “developed close ties” with leaders from the pro-Israel community. In 2010, Fudge hired Anita Gray, who was a director for AIPAC in Cleveland, as her Jewish liaison. Gray left in 2013 to join the Anti-Defamation League.

Open door policy: Howie Beigelman, executive director of Ohio Jewish Communities, told JI that Fudge and her staff have “an open door” to the community. “She understands, implicitly, the need to support Israel and our community’s needs, and has been very active in connecting the Jewish and the African-American communities together,” he said. Beigelman noted that Fudge has a point person, Esther Kelsch, who has been dedicated to Jewish outreach for the past five years and is, therefore, “very well aware of the community’s needs.”

Personal view: Commenting on Fudge’s Israel record, Zimmerman said: “I don’t necessarily see her as being one of the most vocal and outspoken supporters of Israel. But I can tell you she’s been there for Israel and support of the U.S.-Israel relationship when we meet her, and that’s appreciated.”