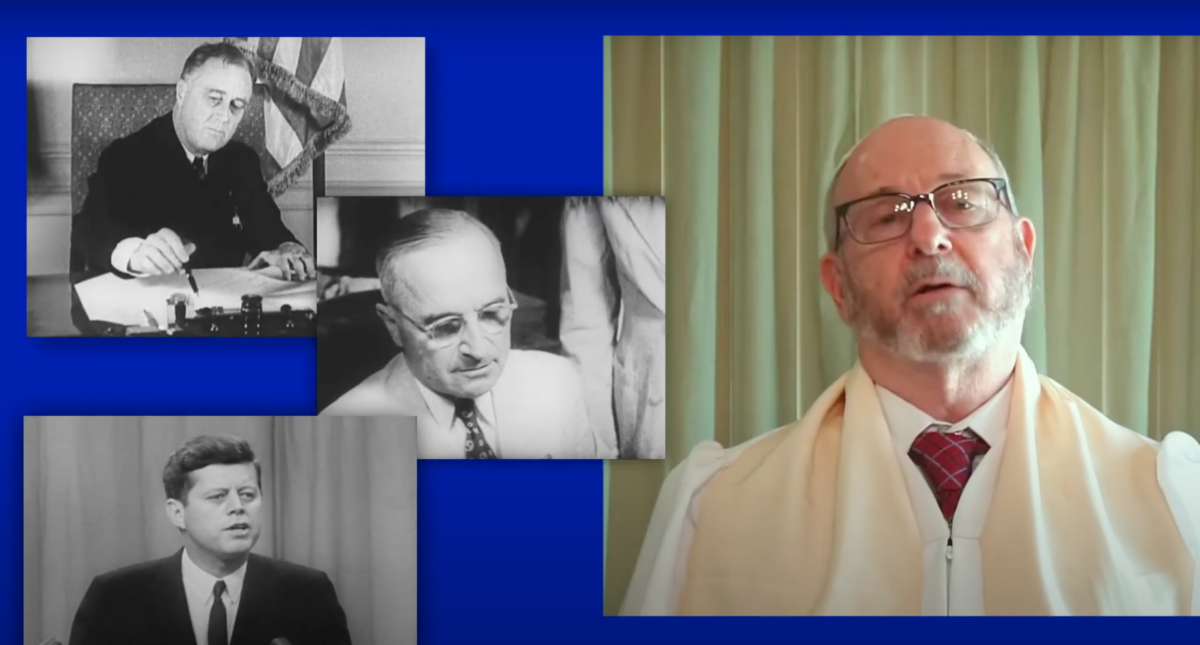 The ad, titled “Wake Up Call,” features four lifelong Jewish Democrats who are supporting Trump’s reelection, according to a clip shared exclusively with Jewish Insider. It features Rabbi Alan Sherman, a Reform rabbi and former president and executive vice president of the Palm Beach County Board of Rabbis; Cantor Sagee Goldenholz, an Ohio native who now lives in Coral Springs, Florida; Marc Dunec, a former congressional candidate in New Jersey’s 11th district; and Caryn Borger, a doctor from New Jersey.

The four cite the policies of the Obama administration and the rise and influence of ‘the Squad’ — a quartet of progressive freshman Democratic congresswomen — as reasons to switch their support to Trump.

The ad ends with Sherman blowing the shofar, a custom during the Hebrew month of Elul and the High Holy Days, “as a wake up call to all Jews to wake up and vote for Donald Trump.”

The three-minute clip, which cost $10,000, will target Jewish voters in the key swing states of Florida, Pennsylvania, Ohio, Georgia and Arizona. The ad is part of the RJC’s $10 million spending strategy and the group’s third online ad of this election cycle.

“As the Democratic Party moves away from Israel, works to defund our police, raise our taxes and oppose school choice, more and more Jewish Democrats are realizing that today’s party isn’t their grandparent’s Democratic Party and are leaving the party to support President Trump,”  RJC executive director Matt Brooks told JI. “We welcome them with open arms. The choice before voters this year is very clear and we’re going to see more and more Jewish Democrats cast their votes for President Trump in this election.”