Secretary of state references peace plan, takes a jab at China in his remarks in Jerusalem 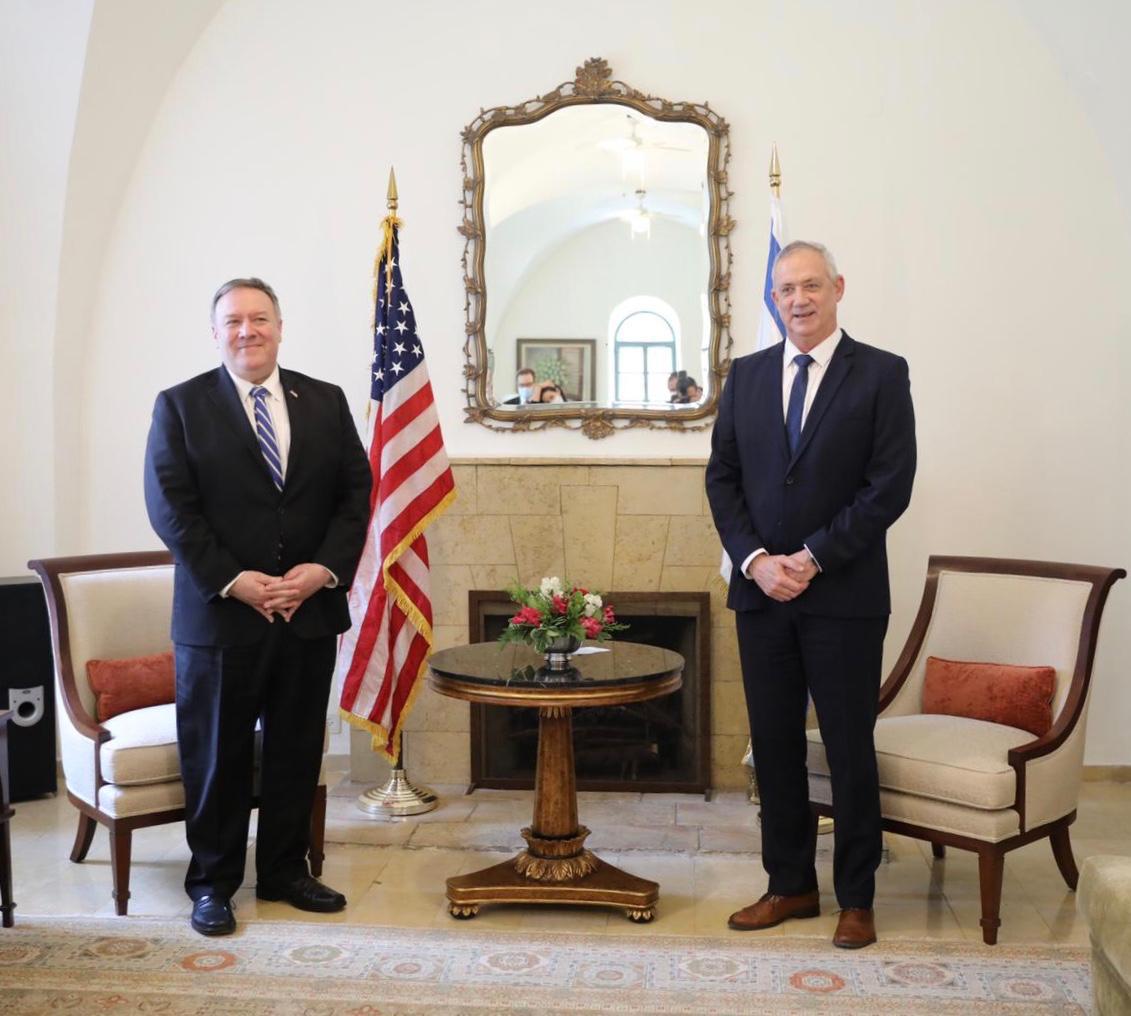 U.S. Secretary of State Mike Pompeo meets with Blue and White leader Benny Gantz in Jerusalem on May 13, 2020.

In brief remarks before sitting down with Netanyahu for three hours, Pompeo expressed his condolences over the IDF soldier killed yesterday, referenced the ongoing fight against Iran, registered gratitude for Israel’s coronavirus-fighting efforts and offered a not-so-veiled jab at China: “You’re a great partner, you share information,” Pompeo said, “unlike some other countries that try to obfuscate and hide some information — and we’ll talk about that country too.”

The secretary of state only briefly addressed the Trump peace plan, noting that it had been “some months” since Netanyahu visited the White House for its unveiling in January. “We’ll get a chance to talk about the vision for peace,” he said. “There remains work yet to do and we need to make progress on that.” Netanyahu said the incoming unity government represents “an opportunity to promote peace and security” based on Trump’s plan.

U.S. Ambassador to Israel David Friedman said he would not accompany Pompeo during his visit since he is experiencing respiratory symptoms. Friedman said he tested negative for COVID-19 but is operating out of an “abundance of caution.”

Pompeo also sat down for a meeting with Gantz this afternoon, though the pair did not issue any public remarks before or after their discussion. He also met separately with slated incoming Foreign Minister Gabi Ashkenazi.

Zev Chafets suggested in Bloomberg that one of Pompeo’s primary motivations in visiting this week is seeking to persuade the new Israeli government to change its attitude towards China. On Tuesday, Israel notified the Trump administration it will reconsider a water infrastructure bid with a Chinese-linked company. Former U.S. Ambassador to Israel Dan Shapiro told Jewish Insider‘s Jacob Kornbluh that Pompeo has devoted time lately “mostly to bash China on coronavirus… to fire up Trump’s base before the election.”