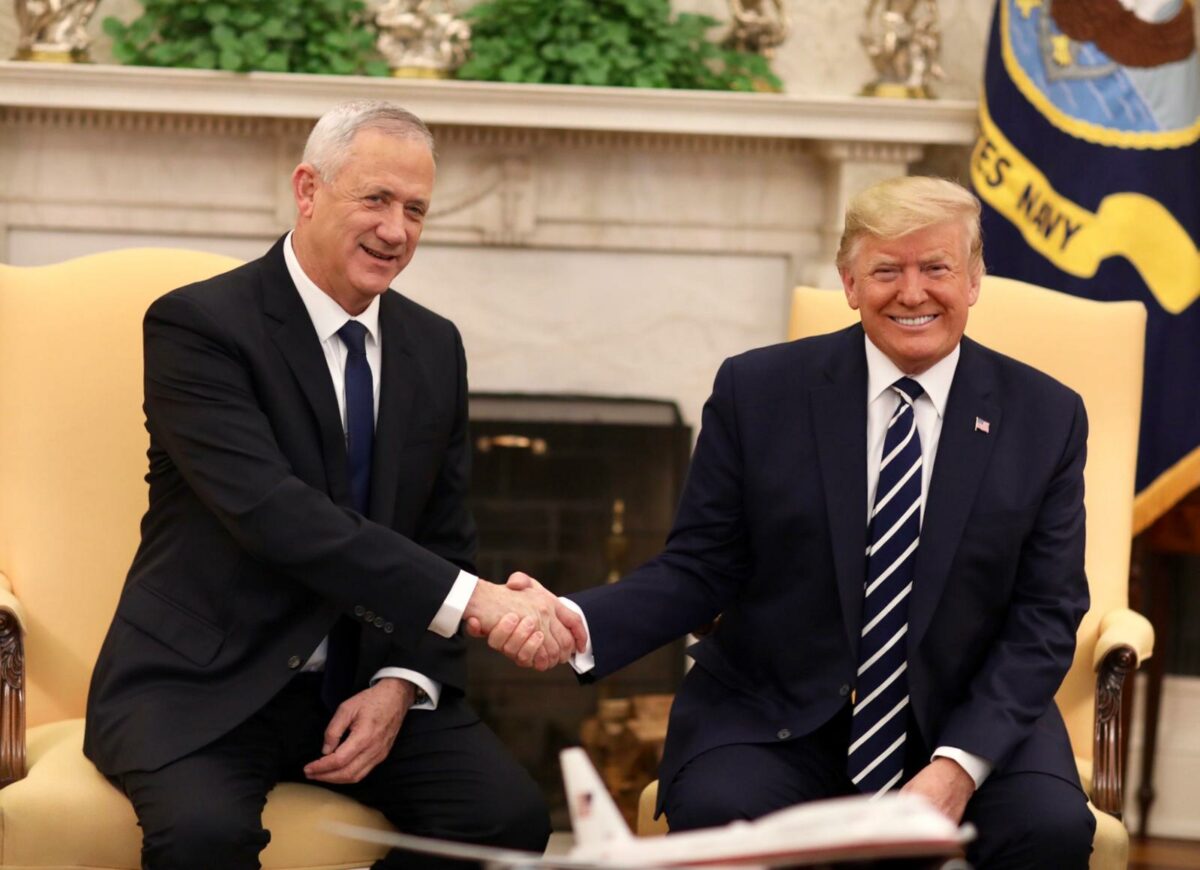 More than 130 Jewish American leaders have signed onto a letter spearheaded by Israel Policy Forum imploring Blue and White leaders Benny Gantz and Gabi Ashkenazi to use their leverage in unity talks with Prime Minister Benjamin Netanyahu to prevent the next government from moving ahead and applying sovereignty to Jewish communities in the West Bank.

Details: The call comes amid intense talks between the leaders to form a unity government and as Gantz and the prime minister haggle over Netanyahu’s annexation plan and judicial appointments. According to recent media reports, Gantz will allow Netanyahu to bring a proposal to annex parts of the West Bank for a cabinet vote and Knesset approval this summer — under the condition that Netanyahu has the backing of the Trump administration and the moves are done in coordination with other international actors.

Plea: “We write to you as American Jewish communal leaders who are proudly Zionist, unquestionably pro-Israel, and who have devoted our lives to supporting the State of Israel and ensuring an ironclad relationship between Israel and Diaspora Jewry,” the community leaders wrote in the letter, which was delivered to Gantz and Ashkenazi last Friday. “In the midst of this unprecedented health and financial crisis for Israel, we respectfully urge you not to use the need for unity in the face of emergency to create a different crisis for Israel by moving forward on unilateral annexation.”

Why now? Solow told JI that the signatories felt it was the “appropriate time to speak out,” because undertaking a move like annexation would be considered by many to be a “precipitous action — given the [coronavirus] crisis in Israel and the U.S. political situation — and fracture the relationship between Israelis and those of us who live in the Diaspora.”

Weighing in: Former Rep. Steve Israel told JI via email that he signed the letter because “I have long supported a solution that maintains Israel’s strength and security as a democratic Jewish state and requires Palestinian leaders to keep the peace. I’m concerned that a unilateral annexation upends those imperatives.”

Aligning against annexation: Israel Policy Forum chair Susie Gelman, who has been vocal in her opposition to annexation over the past year, told JI that she sees the signatures gathered from individuals who are not on IPF’s board as “validation of the work that we’ve been doing for years to sound the alarm on annexation and to educate the American Jewish community.”

Bibi’s legacy: Amit Segal, Israeli Channel 12’s senior political correspondent, suggested that Netanyahu wants to move forward on annexation while Trump is still in office. “Netanyahu is in a desperate need for a legacy,” Segal said Tuesday during a webinar hosted by ELNET, a non-partisan organization focused on EU-Israel relations. “He is the son of an historian. He knows that if he [steps down], he will go down in history books as the first prime minister to be indicted in court. And he wants to rewrite the history books and be the first prime minister in history who got the [backing] of the U.S. for the annexation of the Golan Heights — last year — and now in the West Bank.” Segal cautioned that if Israel calls a fourth election in the coming months, such a move would be unlikely to gain the support of the Trump administration.

Not on Trump’s agenda: On Monday, Israel’s Ambassador to the U.N. Danny Danon acknowledged that the implementation of the Mideast peace plan unveiled earlier this year may not be seen by U.S. leaders as a vital effort in the coming months as the country responds to the coronavirus pandemic. “Today in the U.S., people are not dealing with the peace plan. People are dealing with the virus. It will take us some time,” Danon said during a webcast hosted by the Hudson Institute.

Maintaining bipartisanship on Israel: Solow, who served as national co-chair of President Barack Obama’s re-election campaign in 2012, suggested that if Israel moves ahead with annexation, members of Congress in favor of conditioning military aid to Israel “will gain attention and momentum and will cause great complications for those of us who believe in the strength of the U.S.-Israel relationship.” He added that while it’s too early to predict the outcome of the November presidential election, he’s worried that if Israel takes action before the election and a Democrat enters the White House next year, “that will make the relationship much more difficult.” Gelman warned that annexation “could really affect” relations between Israel and the American Jewish community as well as support for Israel in Congress, and “could serve to make Israel more of a wedge issue in the upcoming presidential campaign.”