Marianne Williamson: ‘I sure as hell did break through’

Democratic hopeful pushes back against ‘smears’ from ‘political elites’ 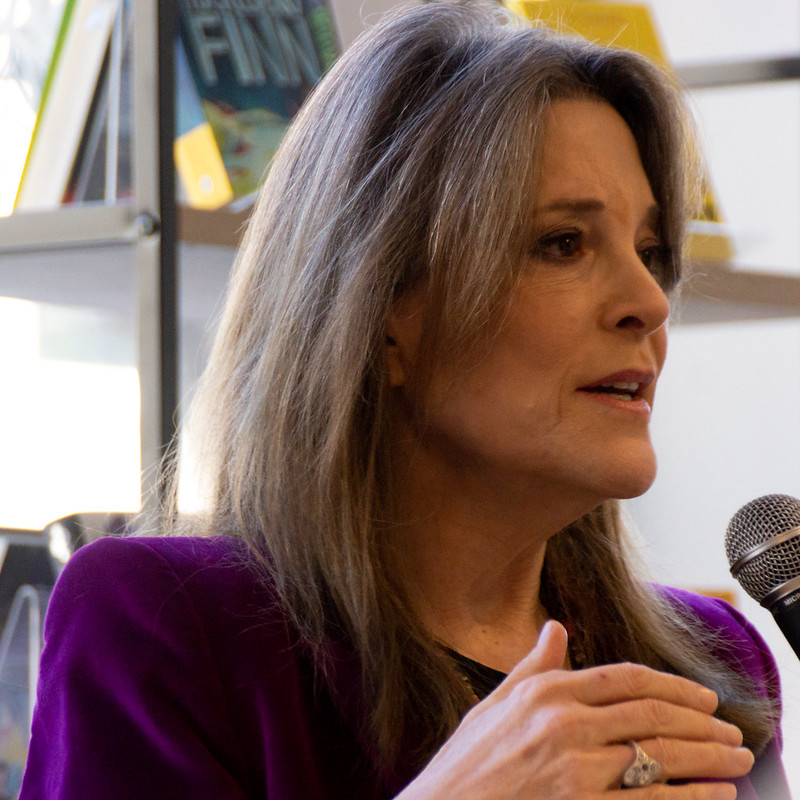 Insisting that claims she has not broken through in the Democratic primary are “an illusion,” author Marianne Williamson brought her campaign to the National Press Club in Washington, D.C. on Thursday.

Speaking to a crowd of a few dozen journalists and supporters, Williamson touted her plans for a Department of Peace and her broader goal to move American politics away from “a very 20th century mindset… infiltrated by the undue influence of money.”

Williamson told the crowd that the past century “was dominated by a mindset that’s basically a product of Newtonian physics, that saw the world as a huge machine… that 20th century mindset dominates our politics today.” In contrast, the Democratic hopeful urged a 21st century mindset that was “far more integrated” and “far more holistic.”

The presidential candidate said she had been targeted in a smear campaign by “political elites” after the second presidential debate in Detroit, where she warned of “the dark psychic force of collectivized hatred” that Trump was evoking.

“I sure as hell did break through,” Williamson said of her performance, suggesting “the political hits began” as a result of her popularity. Williamson has faced scrutiny over a variety of past statements including skepticism towards mandatory vaccination. The author did not meet the polling qualifications for the last two DNC debates, although she garnered a sufficient number of small donors to participate.

Advocating for a Department of Peace, a proposal pushed in past Democratic primaries by former congressman Dennis Kucinich (D-OH), Williamson argued, ”our national security agenda is dominated — as you know — basically by a constant perpetuation of war.” In contrast, she claimed “peace-building exemplifies skill sets and expertise [that are] just as sophisticated, just as important and, in many ways, take just as much courage” as those shown by the armed forces.

In her view, the building blocks were already there for this agency inside of government: “We already have the experts,” insisted Williamson. “It is simply not what we fund. We don’t need to bring in new people but to coordinate among the agencies that exist.”Williamson also outlined her foreign policy vision and reiterated her longstanding support for reentering the nuclear deal with Iran. She harshly criticized the Iraq War, saying “it was an absolutely horrible transgression on every level” — and argued that “the genesis of ISIS comes from that” — but insisted that the United States should have intervened militarily in Rwanda in the 1990s. She also expressed her support for the U.S. invasion of Afghanistan after September 11 by noting the brutal treatment of the Taliban towards women.