What to watch in Indiana’s primaries 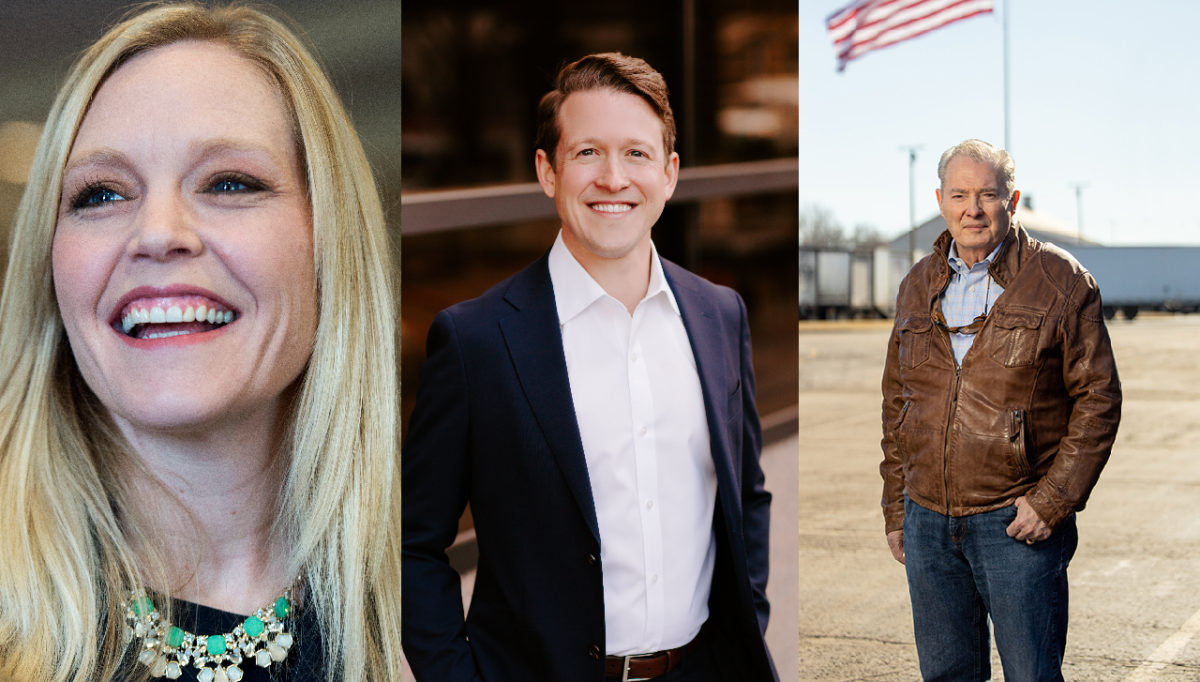 Alongside the high-profile Senate and House primary battles in Ohio on Tuesday, Indiana holds its primaries today, including a set of competitive races that have largely flown under the national political radar.

The bulk of the action is expected to come from Indiana’s solidly Republican 9th Congressional District, the only open seat in this cycle, created by the retirement of Rep. Trey Hollingsworth (R-IN).

Sodrel held the seat for one term, from 2005 to 2007, but ran for the seat every cycle from 2002 to 2010, coming up short in each other race. He later went on to run a trucking company. Houchin was an Indiana state senator from 2014 until February 2022. She lost in the 2016 congressional primary to Hollingsworth.

Local observers said no clear frontrunner has emerged among the three, and there has been no public polling. “There’s not an awful lot of difference among them” ideologically, Marjorie Hershey, an author and professor of political science at Indiana University Bloomington, told Jewish Insider.

“[The race] seems to be very typical of Republican races around the country right now in that the candidates are stapling themselves to [former President] Donald Trump and talking about… wedge issues that have to do with sexuality and race,” Hershey continued.

Andrew Downs, a political scientist at Purdue University Fort Wayne, added, “This could be the sort of instance where personality becomes more of a driving force.”

Sodrel led the field in fundraising at the end of the first quarter, with $772,000, trailed by Houchin with $440,000 and Barnes-Israel with $403,000. Sodrel largely self-funded his campaign with a loan of $725,000. Barnes-Israel contributed $100,000 to his campaign. Houchin has brought in the most individual contributions.

Elliot Bartky, a vice president of the Jewish American Affairs Committee of Indiana, said that Sodrel’s significant expenditures — he has spent significantly more than both of his opponents combined — indicate that he launched a significant outreach campaign, which “may be really critical.”

A Houchin-backing super PAC has also been running ads against Sodrel, indicating they see him as “the person to beat right now,” Hershey said.

But while Sodrel has represented the district in the past, he has been out of office and out of politics for years, and carries with him a record of failed congressional campaigns, analysts pointed out.

“Barnes-Israel and Houchin have raised enough money that any sort of inherent advantage he has as a former member of the House can be stricken from the calculation,” Downs said.

Leslie Lenkowsy, a professor emeritus in public affairs at Indiana University, told JI his “betting would be that Houchin would be on top simply because she is a state senator from part of the district,” giving her built-in name recognition with a portion of the potential voters.

Downs noted that, with Sodrel and Barnes-Israel putting significant self-financing toward their own campaigns, Barnes-Israel has positioned himself as the “most traditional” Republican of the three. He has received backing from some mainstream national Republican groups, Hershey added, whereas Sodrel and Houchin are more closely associated with the evangelical right.

Both Sodrel and Barnes-Israel also lived outside the district prior to announcing their campaigns, and each picked up modest residences within the district after running, opening them up to allegations of carpetbagging, Downs said.

Hollingsworth, however, faced similar attacks when he ran for the seat, so “I don’t know that those labels carry much weight,” Downs added.

Attention has also turned to the state’s 1st District, which Republicans hope is an opportunity to flip a seat held by Rep. Frank Mrvan (D-IN). In that primary, Blair Milo, a former mayor, military veteran and Indiana’s secretary for career connections and talent, is facing Jennifer-Ruth Green, an educator and military veteran.

According to Downs, Green has tied herself closely to Trump and highlighted GOP social issues, whereas Milo is viewed as more moderate, has been more focused on the economy and workforce development issues and expressed skepticism of Trump during the 2016 election.

GOP hopes in the district have been buoyed by recent decisions by The Cook Political Report and Sabato’s Crystal Ball to move the race from “likely Democratic” to “lean Democratic,” although local observers remain skeptical that Republicans can actually topple Mrvan.

“My guess is that Mrvan will win, it will be a relatively comfortable win, but it will be an expensive, knock-down, drag-out kind of fight,” Downs said.

Hershey was more skeptical of the seat’s competitiveness, arguing that Republicans had not been able to gerrymander the seat as aggressively as they may have hoped.

“I think it’s aspirational for the Republicans to think about picking up the 1st District, but it’s just really going to be a stretch,” she said. “It’s going to be a real stretch for them to do that.”
Meanwhile, Indiana’s 5th District, a top Democratic target in 2020, has largely been taken off the map this cycle, following a disappointing return for Democrats last cycle and Republican moves to shore up the district this year. As a result, Indiana’s Sen. Todd Young (R-IN) is expected to be on a glide path toward re-election in November.