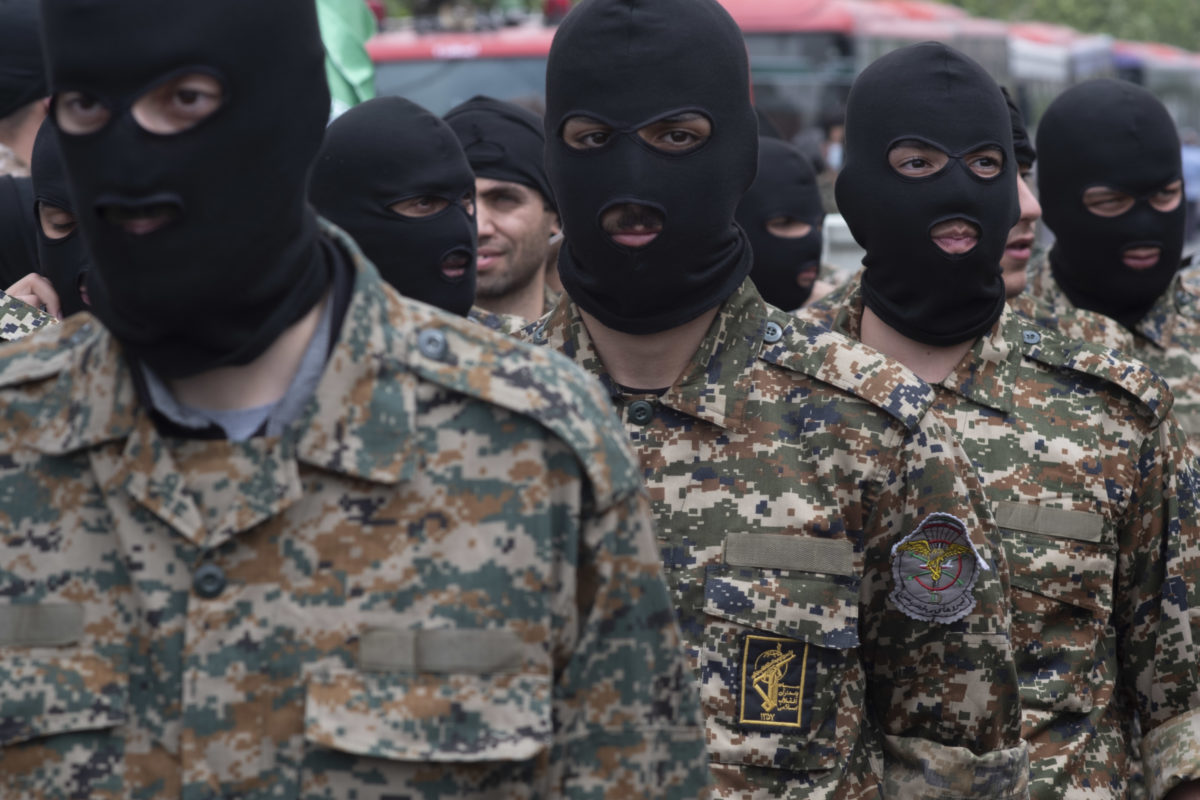 On the eve of Special Envoy for Iran Rob Malley’s testimony to the Senate Foreign Relations Committee on Wednesday, a new report indicates that President Joe Biden has decided against removing the Islamic Revolutionary Guard Corps from the U.S. Foreign Terrorist Organizations list or offering any further concessions to Iran as part of ongoing negotiations.

Iran’s last major demand in nuclear negotiations has reportedly been the lifting of the IRGC’s designation.

Prime Minister Naftali Bennett appeared to confirm the Politico report in part, saying in a statement that Biden had told him about the decision on an April 24 phone call. The news was met with praise from lawmakers on both sides of the aisle.

Earlier this month, a dozen senators — 11 Democrats and one Republican — voted against a motion calling the IRGC designation “necessary” to prevent Iranian-Chinese cooperation.

Rep. Ritchie Torres (D-NY), who has expressed skepticism of the Biden administration’s approach to Iran, told JI that “the president made the right decision in keeping the Islamic Revolutionary Guard Corps on the terror blacklist,” adding in a tweet that the move was “a triumph of common sense.”

In another potential obstacle to the ongoing negotiations, a senior member of the Iranian Revolutionary Guard Corps was shot in Tehran last week, in a move that some observers said was similar to previous attacks by Israel and may have been intended to disrupt the nuclear talks.

Sen. Chris Murphy (D-CT), one of the Iran deal’s most prominent supporters on the Hill, told JI, “This assassination obviously throws another singificant wrench in the works,” lamenting that “it doesn’t appear there’s a lot of progress happening.”

Murphy said he’s hopeful that the public hears from Malley, who is giving rare public testimony on the status of talks, about “how close Iran is to a nuclear weapon and how there’s no option other than diplomacy.” Malley and other administration officials have briefed the Senate Foreign Relations Committee about the status of Iran talks behind closed doors on multiple occasions in recent months.

Sen. Ben Cardin (D-MD), an opponent of the original deal who’s been critical of the renewed negotiations, told JI that he’s hoping to hear about the current status of the negotiations, including the impact of Russia’s invasion of Ukraine on the talks.

Both Malley and the 2015 nuclear agreement known as the Joint Comprehensive Plan of Action are likely to face critics on both sides of the aisle on Wednesday: Every Republican on the committee except Sen. Rand Paul (R-KY) opposes reentry into the deal and three Democrats — Cardin and Sens. Chris Coons (D-DE) and Cory Booker (D-NJ) — voted in favor of a motion opposing entering a deal that only addresses the Iranian nuclear program.

Committee Chairman Bob Menendez (D-NJ) did not vote on that motion but has spoken out against the original agreement and said he would have voted for it had he been present.

Following Malley’s testimony, the committee is set to hear from an expert panel consisting of Foundation for Defense of Democracies CEO Mark Dubowitz and Carnegie Endowment for Peace Senior Fellow Karim Sadjadpour.

Dubowitz, a vocal opponent of the JCPOA, said in an interview with JI that he plans to tell the committee that “the United States is going to pay a very high price for these nuclear restrictions that last less than a decade” under the deal — more than $1 trillion in sanctions relief by 2031, according to FDD calculations.

“For $1 trillion, you’re effectively buying less than a decade of restrictions,” Dubowitz continued. “And for $800 billion, you’re buying increased breakout time from three weeks to four to six months, but only for about five years.”

Dubowitz said he plans to offer a “Plan B” consisting of maximum-pressure sanctions paired with “a credible threat of military force,” with the goal of reaching a “deal that really permanently cuts off Iran’s nuclear weapons pathways”; urges closer cooperation among regional partners, including U.S. rapprochement with Saudi Arabia and an integrated regional air defense infrastructure; and comprehensive support to Iranian dissidents, including technology and funding.

If pressed on the effectiveness of the Trump administration’s sanctions campaign, Dubowitz plans to argue that the campaign was only fully sustained for two years prior to Biden’s inauguration, and that it should have been kept in place for a longer period of time.

“It’s not really a choice between this deal or war,” Dubowitz argued. “It’s… this deal and war, and when that war comes Iran will be much more dangerous, its program will be widely dispersed, it’ll be hard and it’ll be buried underground, it’ll potentially have an [intercontinental ballistic missile] holding American cities hostage. It will be a much more dangerous, destructive and difficult target.”