Democrats and Republicans cited different reasons for supporting the legislation, but agreed on its importance 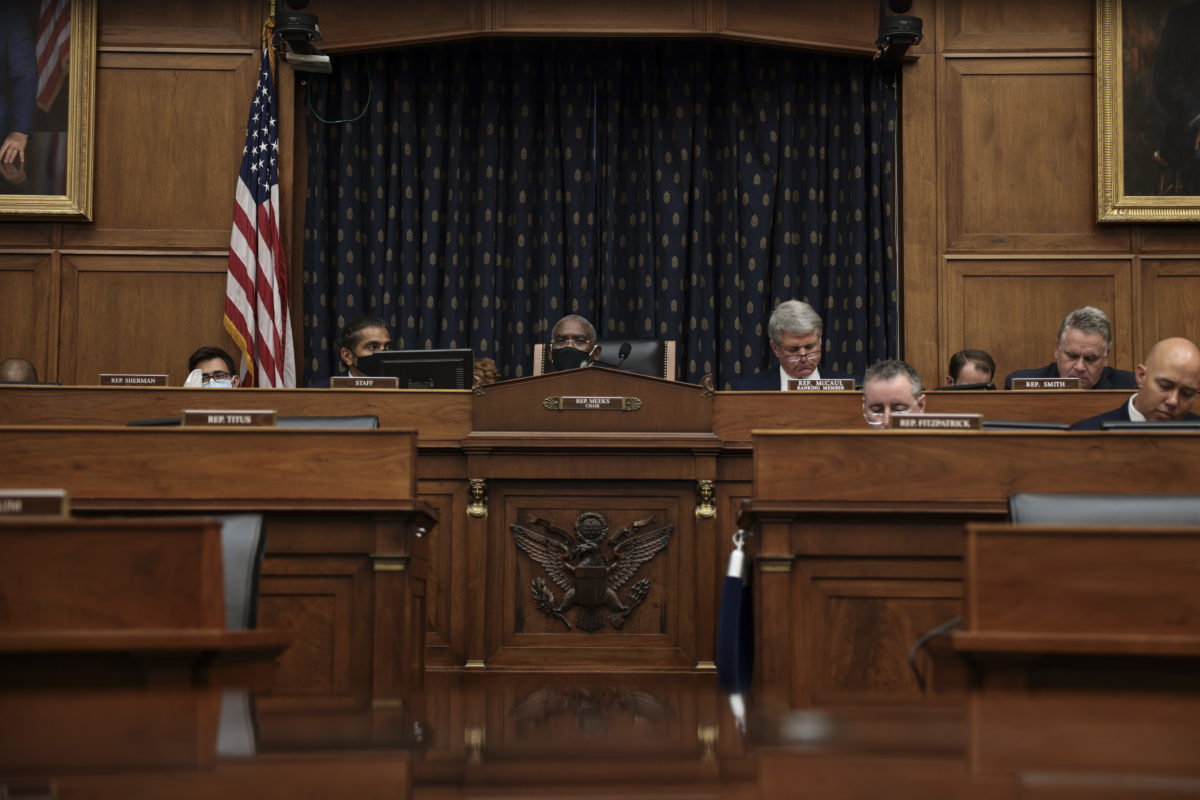 The House Foreign Affairs Committee voted yesterday to advance the Israel Relations Normalization Act to the full House, as Republicans and Democrats offered divergent reasons for why they are backing the legislation.

The bill, which seeks to strengthen and expand last year’s Abraham Accords normalizing relations between Israel and several Arab states, has broad bipartisan support in both chambers of Congress, including 220 cosponsors in the House. The Senate Foreign Relations Committee voted in June to advance the Senate version of the legislation, but efforts to quickly pass it through the Senate floor have been halted by Sen. Ted Cruz (R-TX), who objects to language in the bill advocating a two-state solution.

“I personally think that the Israel Normalization Act is significant and could be the game-changer that we’ve been waiting for,” Foreign Affairs Committee Chairman Gregory Meeks (D-NY) said during Thursday’s meeting. “To have individuals talking, other Gulf countries, other Islamic countries [about] how they can work together with Israel, reducing conflicts and creating opportunity and talking about how we can do trade and cross-relationships — it’s significant. A major breakthrough.”

During discussion of the bill, Democrats argued that its passage would help clear obstacles to further normalization.

“While we’ve seen much success in the last year, we must also remember that the path will not be easy. Changing mindsets is hard,” Rep. Brad Schneider (D-IL), the bill’s lead sponsor, said. “To this end my legislation seeks to break down barriers to normalization by requiring reporting on anti-normalization laws and instances of prosecution or retribution by governments against citizens who have called for peace with Israel, visited Israel, or engaged with Israeli citizens in any way.”

Several members pointed to a recent conference in Erbil, Iraq, during which an estimated 300 Iraqis called for normalization between Israel and Iraq, as evidence of the necessity of the legislation. Some of the Iraqis who participated have faced death threats, and Iraqi security forces are seeking to arrest some participants.

“This bill is critical to breaking stereotypes that have long existed, particularly through the provision requiring reporting on the criminalization of civil society contacts between Israelis and certain Arab citizens,” Rep. Ted Deutch (D-FL) said. “Look at what’s happening in Iraq, in Erbil, where activists championing normalization with Israel are now being arrested and threatened.”

Republicans on the committee offered similar arguments, but some also said that the legislation was necessary to force the Biden administration — which they claimed has not been sufficiently engaged in advancing the Abraham Accords — to champion the issue.

“I am deeply disappointed that the Biden administration does not seem to recognize the value of this agreement. The United States should be actively seeking to expand and strengthen the Abraham Accords, not merely making vague statements of support,” Rep. Ann Wagner (R-MO), the bill’s lead Republican sponsor, said. “Unless the administration moves in an organized and meaningful way to bolster these agreements, we risk letting an opportunity to build lasting peace in the Middle East slip away. This legislation will force the administration to prioritize the Abraham Accords by requiring coordination across federal agencies to deepen and expand these agreements.”

Four amendments to the bill were introduced during the meeting, two of which were approved.

The first, from Rep. Brian Mast (R-FL), added language specifying that, within its support for a two-state solution, the U.S. supports a Palestinian state “that rejects the use of terrorism.”

“The bill was direly close to losing my support because of a portion of this that I didn’t really think needed to be in the bill, but was added, speaking specifically about a two-state solution, which I don’t necessarily think has to be in this bill,” Mast said. He argued that the relative lack of support for a two-state solution among Palestinians and the broad support Hamas enjoys in the Palestinain territories makes it necessary to “be very careful about how we speak about a second state.”

Meeks said he supported the amendment, that Democrats and Republicans had worked together on it and that it was consistent with U.S. policy.

The second approved amendment, from Rep. Sara Jacobs (D-CA), also received bipartisan support. That amendment requires a report from the Secretary of State on the effect of policy changes, agreements and commitments by the U.S. on the peoples of countries that have normalized relations.

Jacobs described the amendment as necessary because “we’ve seen problematic deals impacting the people of Western Sahara and elsewhere.”

Jacobs’s comments appear to refer to the Trump administration’s controversial decision to recognize Moroccan sovereignty over the Western Sahara, an agreement that was linked to Morocco’s decision to normalize relations with Israel.

The first would have stripped language in the bill that made it U.S. policy to support Israeli-Arab partnerships on climate issues, water security, health and sustainable development.

“I can only surmise that my colleagues included these provisions to make this otherwise bipartisan bill somewhat of an exercise in partisanship,” Perry claimed. “The architects of this legislation knew that by adding climate provisions, especially climate provisions that compel U.S. efforts to facilitate collaborations and partnerships on so-called climate solutions, they are inviting disagreement where there ought not be any.”

Both Wagner and Schneider strenuously rejected Perry’s characterization of their intentions.

“This amendment would preclude the United States from helping to facilitate cooperation between Israelis and Arabs across a broad range of issues including, as is outlined in… the amendment, water and healthcare,” Wagner said. “Given Israel’s role as a cutting-edge leader and a technological powerhouse on water and healthcare, I believe the United States should be helping to forge closer ties between Israelis and Arabs on these issues.”

Schneider said Perry’s comments “[show] a gross misunderstanding of the potential of the Abraham Accords, and [mis]understanding of what’s happening in the region and the role that the parties can play.”

Perry’s second amendment would have added a clause recognizing the Trump administration for facilitating the Accords.

“It would be great to correct one small issue. It would be great if my colleagues on the other side of the aisle would concede that the reason we’re even able to debate this bill today is because of the work of President [Donald] Trump,” Perry said.

Schneider and Meeks responded that the amendment would needlessly politicize a bipartisan bill.

“I think part of the dysfunction of this place is that we judge the content of a bill by the genesis from which it came, whether it’s a Republican bill or Democratic bill,” Schneider said. “This isn’t about the United States… Our role is going to be much more powerful when we let the light shine on those countries that are making the hard choices and moving forward. I think it would be better if we left this as their achievement and our support.”