A congregant sued a group that picketed his synagogue weekly for 18 years, alleging an infringement of religious freedom rights 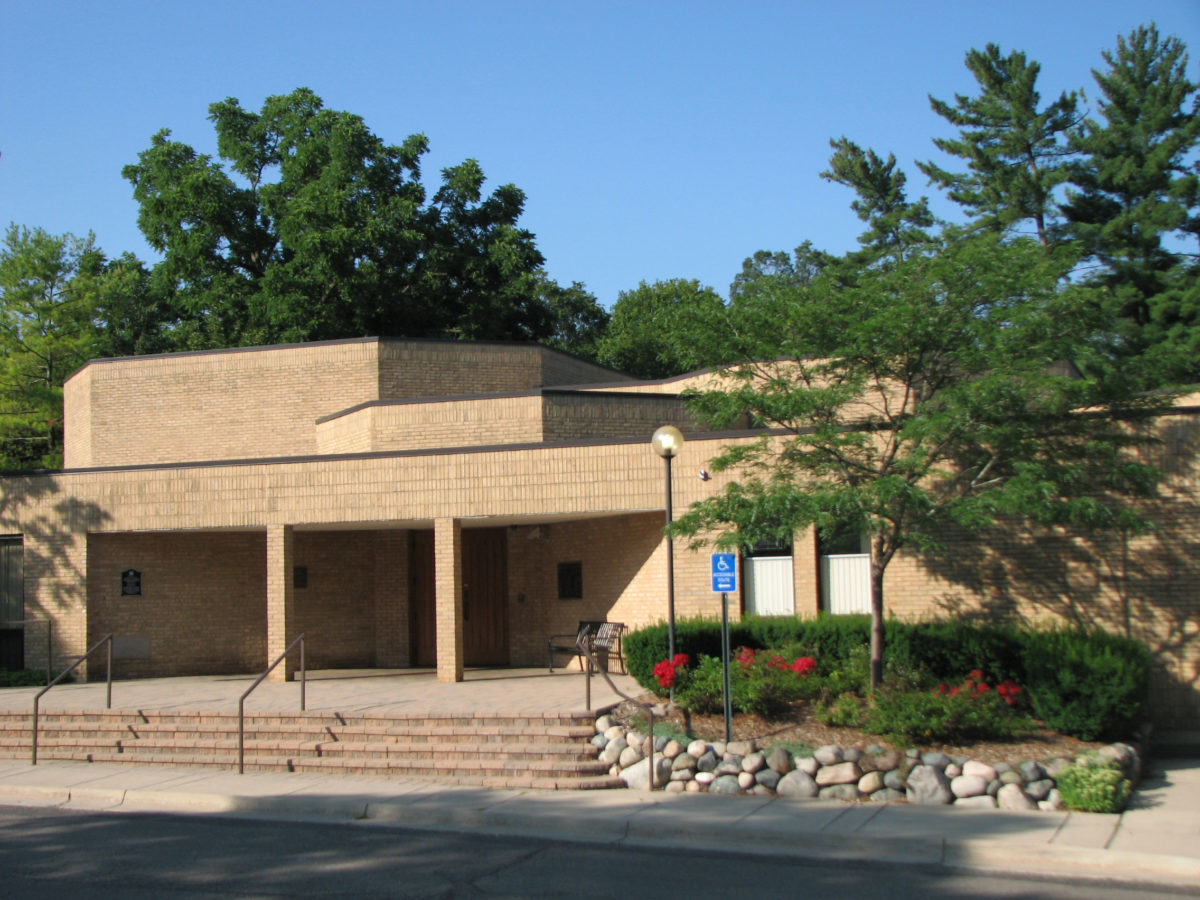 In the latest move in a long-simmering conflict between an Ann Arbor, Mich. synagogue and a group of demonstrators who have picketed their Shabbat services for nearly two decades, one congregant is now asking the Supreme Court to intervene. This comes amid a recent ruling that he and a co-plaintiff must pay more than $150,000 in court costs for the demonstrators.

For 18 years, demonstrators affiliated with a group calling itself Witness for Peace (WFP) — formerly Jewish Witnesses for Peace and Friends — have displayed dozens of provocative signs on both sides of the road outside Beth Israel Congregation each week on Saturday morning as congregants arrive for Shabbat services.

Signs include messages such as, “Resist Jewish power,” “Israel attacked America 9/11/2001,” “What are European Jews doing in the Middle East,” “End Jewish Supremacism in Palestine,” “Zionism: Kosher Apartheid,” and other statements critical of Israel.

The Anti-Defamation League describes WFP as “an anti-Semitic organization based in Ann Arbor, Michigan, that primarily espouses anti-Israel content and anti-Semitic tropes about Jewish racism, power and influence and dual loyalties.” ADL describes WFP’s leader, and the self-described coordinator of the demonstrations, Henry Herskovitz, as a Holocaust denier.

Herskovitz and WFP are also affiliated with Deir Yassin Remembered, which the Southern Poverty Law Center has described as a hate group. Herskovitz has described that group and himself as “Holocaust revisionist.”

In 2019, Beth Israel congregant Marvin Gerber and Miriam Brysk — a Holocaust survivor who attends another congregation that holds services at the synagogue — filed suit against Herskovitz and his associates in federal district court, arguing that WFP violates their First Amendment right to freely practice their religion.

They’ve asked the courts to either block or restrict the demonstrations and to award damages. The city of Ann Arbor and several city officials are also named in the case, accused of failing to enforce city code by not mandating that the demonstrators obtain a permit.

Thus far, the congregants’ argument has not been successful, with federal district and circuit courts siding against them.

Gerber is now petitioning the Supreme Court to take up the case. He has until April 1 to file a formal petition.

“The Jewish community in the United States should view [the lower-court ruling] as a clear and present danger,” Lewin told Jewish Insider. “Not only because it combines what [the lower-court judge] viewed as simply being anti-Israel propaganda with what is sheer antisemitism. But I think what is most important is that it really hinders, intimidates, harasses people going to the synagogue, the right to worship.”

Lewin said he sees this as a freedom of religion issue.

“I’m trying to emphasize the significance to freedom of religion, which comes — as a matter of fact — in the First Amendment — ahead of free speech,” he explained. “So that’s what this is. This is an attack on freedom of religion.”

Lewin said he joined the case because he found the lower-court ruling so “outrageous” and “so dangerous to Jews and any religious group in the United States.”

Gerber added, “the First Amendment guarantee of freedom of speech does not include the guarantee to somebody to harass, week after week, to the same audience.”

Herskovitz’s attorneys did not provide a comment by press time.

“I am looking forward to the case proceeding to the Supreme Court, as we have acted within our right to peacefully assemble, and have nothing to fear from a just court,” Herskovitz recently told JTA. “We have never impeded a Jewish congregant’s entry to Beth Israel Congregation, nor blocked any vehicle from entering the parking lot adjacent to the synagogue. The general public is our target audience, not the congregants themselves.”

Members of the congregation tell a much different story.

“There’s no question that this is harassment,” Gerber said. “They have come only during the time on Saturday that services began and they only target Jews.”

Gerber said that former congregants have provided affidavits that they and their children feel frightened and threatened by the demonstrators. Other congregants, he said, intentionally come to services late, waiting until after the WFP group leaves.

Beth Israel Rabbi Nadav Caine said that the demonstrations have been “traumatic,” “infuriating” and “just really depressing” for some congregants. He also noted that the protests can be particularly upsetting for out-of-town visitors coming to the synagogue for events like baby namings and bar and bat mitzvahs.

Caine recounted some of his personal experiences with the demonstrators. Following the April 2019 attack on Chabad of Poway in California, he said he asked one demonstrator if the man wanted Beth Israel to be attacked.

“He said, ‘Well, the Israelis shoot Palestinian children every day,’ and he cracked a really big smile,” Caine recounted. The demonstrator in question denied responding in this fashion to The Detroit Jewish News.

Caine said that Herskovitz has also verbally attacked him on at least one occasion for driving to the synagogue on Shabbat.

“We’re a very liberal, progressive, left-wing congregation for the most part… very pro-Palestiniain rights,” Caine continued. “For us to be basically taken hostage by a sanctimonious narcissist — it’s angering. It is understandably upsetting for people.”

The rabbi said he and his predecessors have attempted to engage with Herskovitz in the past but have found he “keeps moving the goalposts,” demanding increasing concessions to call off the demonstrations.

“He’s not a trustworthy partner,” Caine said. “And the other thing is… do we negotiate with terrorists? He’s [been] holding us hostage for 18 years.”

“You can’t take them in good faith — the idea that they’re giving political speech. No. They have specifically targeted our organization. And he has said so. He wants us to change because he has a personal vendetta against Beth Israel,” Caine continued.

Caine told JI that the synagogue itself did not join Gerber’s suit because synagogue leaders did not expect a victory and were not interested in suing city leadership.

But, he added, he does not agree with the appellate court’s ruling that the group’s actions constitute protected speech.

“I think it’s strange for me that in this country, they couldn’t do that in front of a private residence,” he said. “I’m not exactly sure why a court would say this is merely public speech about public matters when it is clearly an attempt to take our synagogue hostage. That I felt has not been properly recognized — that it’s personal. There’s a personal vendetta here.”

The City of Ann Arbor has maintained that it has no right to intervene in the demonstrations.

In 2004, the City Council approved a resolution “affirming freedom to worship without interference and condemning the picketing of houses of worship.” Last month the Council unanimously approveda resolution specifically condemning the “weekly antisemitic rally” and calling on the demonstrators to “cease their weekly show of aggressive bigotry.”