O’Brien: Trump reelection will force Iran to return to talks 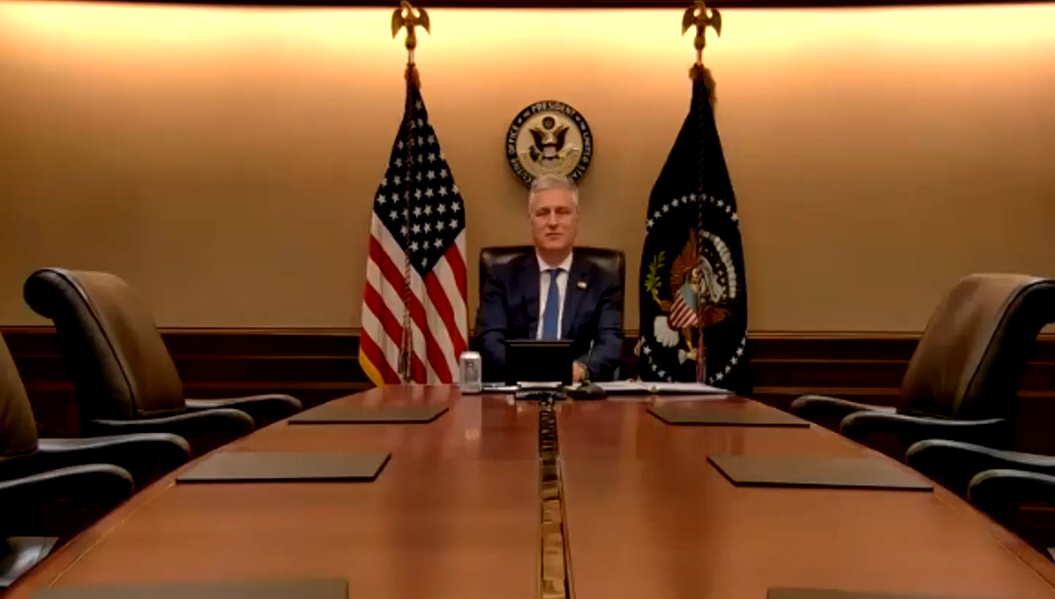 “Right now they’re waiting this out,” O’Brien said about the Iranians holding off to see who wins the U.S. presidential race. “We’re being told that by European countries that are friendly with Iran, and even countries that aren’t friendly but maintain diplomatic relations. The Iranians are waiting to see what happens on Election Day… Iran would very much prefer a different administration. They’d like to go back to the JCPOA days. Those were kind of halcyon days for the Islamic Republic, and we won’t go there if the president is reelected.”

“So we’ll have to wait and see what happens in the election,” O’Brien continued. “But I do think that if the president is reelected, the economic pain that’s been inflicted on Iran right now is grave. I don’t think they’ll be able to sustain it much longer… They can hang in there for another month or two. We don’t think they can hang in there for another four years. So I think that they are going to come to the table.”

O’Brien outlined the preconditions the Trump administration will insist on in future talks with Tehran. “We need to see a dismantling of their nuclear program which didn’t happen under the JCPOA,” O’Brien said.

“A peaceful civilian program with parameters and guidelines around it is something that could be on the table, but this nuclear program that’s held in reserve and bunkers underground, that’s not an option,” he added. “Long-range ballistic missiles whereby Iran can threaten Europe, Britain and the United States, that has to be off the table. And support for terrorists in the region has to be off the table.”

O’Brien, a native of Los Angeles, noted that there is a large “successful” Persian-American community in his home state, in drawing a distinction between the current Iranian regime and the people of Iran. “Iran has unlimited potential if the regime would unlock it for its people,” he emphasized.